Xi is expected to spend two days in the financial hub and attend a series of official events to mark both the July 1 handover and the inauguration ceremony of the city’s next Beijing appointed leader John Lee, a former police officer and security chief.

Xi’s arrival coincides with forecasts of a typhoon bringing heavy winds and rain, and comes after weeks of uncertainty as to whether he would risk leaving mainland China’s stringent zero-Covid bubble, to travel to a city now reporting more than 1,000 new Covid cases a day.

In the almost 900 days since Xi last left the mainland on January 17, 2020, his diplomatic activities have been limited to virtual summits and video conferences, lending particular significance to his Hong Kong trip.

Xi reaffirmed the policy on Wednesday during a symbolic visit to Wuhan, the central Chinese city where the virus first emerged in late 2019, saying that he would rather “temporarily sacrifice a little economic growth” than “harm people’s health,” according to state news agency Xinhua.

“If we calculate the total costs and benefits, our Covid policies are the most economical and effective,” Xi said, adding that China had the ability to continue its zero-Covid approach “until the final victory.”

While Hong Kong has been heavily influenced by Beijing’s uncompromising health policies, implementing strict quarantine and border controls, as well as enforced social distancing measures, it has so far avoided the type of prolonged city-wide lockdowns or compulsory mass testing seen in mainland cities such as Shanghai and Xi’an.

To ensure Xi’s visit to the city goes smoothly, Hong Kong has imposed a range of Covid restrictions that include a “closed loop” system for any public figure likely to attend official anniversary engagements.

As of last week, top officials have been forbidden from attending public events and restricted to using private vehicles when commuting. They have also been tested daily for Covid, and must spend Thursday night in a quarantine hotel before Friday’s handover ceremony.

Arriving in a changed city

The last time Xi visited Hong Kong to mark the handover was in 2017, for the 20th anniversary, when he was met with streets full of pro-democracy protesters.

But no protests are expected this year. Most Hong Kong pro-democracy groups have disbanded following the enactment of the city’s sweeping national security law two years ago.

A subsequent crackdown saw nearly all of Hong Kong’s leading pro-democracy figures, including activists and politicians, either jailed or forced into exile.

Of the organizations that remain, none have applied for permits to stage peaceful protests during Xi’s trip, according to police. The League of Social Democrats, one of the few surviving pro-democracy political parties, said it would not stage any protests after several members met with national security police.

“The situation is difficult, and please accept our apologies,” said the party’s chairwoman, Chan Po-ying, on Tuesday.

The Hong Kong government has repeatedly defended the national security law, saying it has restored order to the city, which was rocked by pro-democracy, anti-government protests in 2019.

A government spokesperson said this month that Hong Kong’s freedoms of speech, press, and assembly are still “protected in accordance with the law” and that “law-abiding people will not unwittingly violate the law.”

Driving home the message was a stern warning by police on Tuesday, when the assistant police commissioner declared that authorities would not tolerate “any acts of violence or public disorder” or “anything that may interfere and undermine the security operation.”

Taking no chances, police have ramped up security and shut down areas close to key venues. Pedestrian footbridges, highways and one train station in some of the busiest areas of Hong Kong — including the financial districts of Admiralty and Wan Chai North — have been temporarily closed for Thursday and Friday.

A no-fly zone has also been established across the city’s harbor, with drone use restricted throughout Xi’s visit.

Authorities have also heavily restricted media access to the handover celebrations, a far cry from the open reporting environment and freewheeling local press of years past.

According to the Hong Kong Journalist Association (HKJA), at least 10 journalists working for local and international organizations had their applications to cover the events rejected for “security reasons.”

“With media unable to send journalists on the ground, the HKJA expresses utmost regret over the rigid reporting arrangements made by the authorities for such a major event,” the press group said on Tuesday.

Reuters, Agence France-Press (AFP), and the Hong Kong-based South China Morning Post were among the outlets whose reporters were blocked from covering the ceremonies, according to the HKJA. CNN’s application to attend the events was also rejected.

The HKJA on Tuesday expressed “utmost regret over the rigid reporting arrangements made by the authorities for such a major event.”

China's economy just had its best month since February 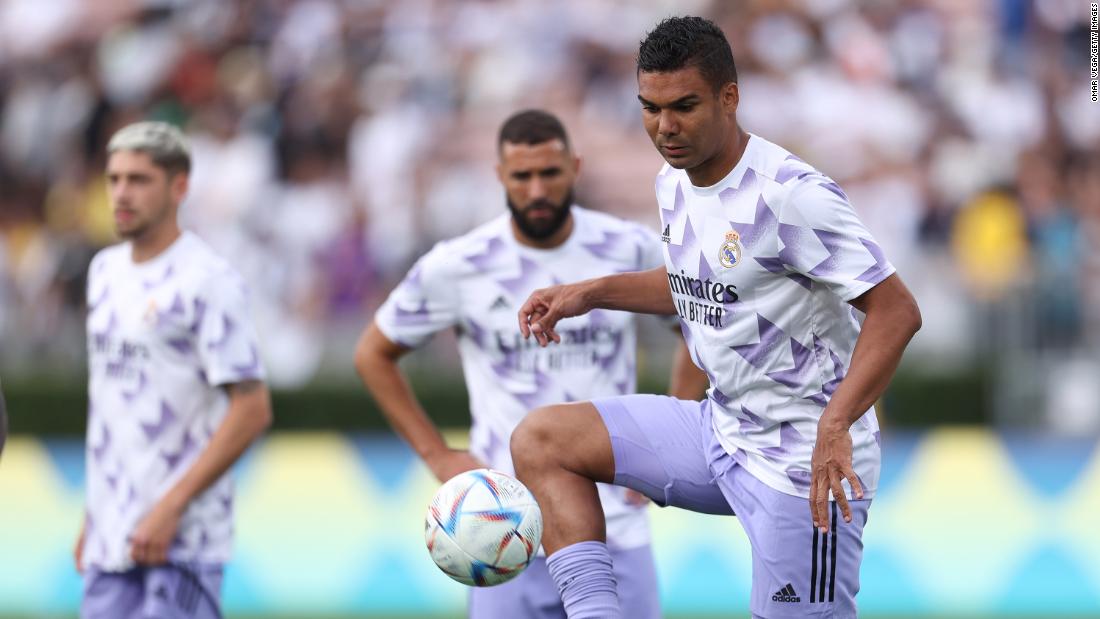 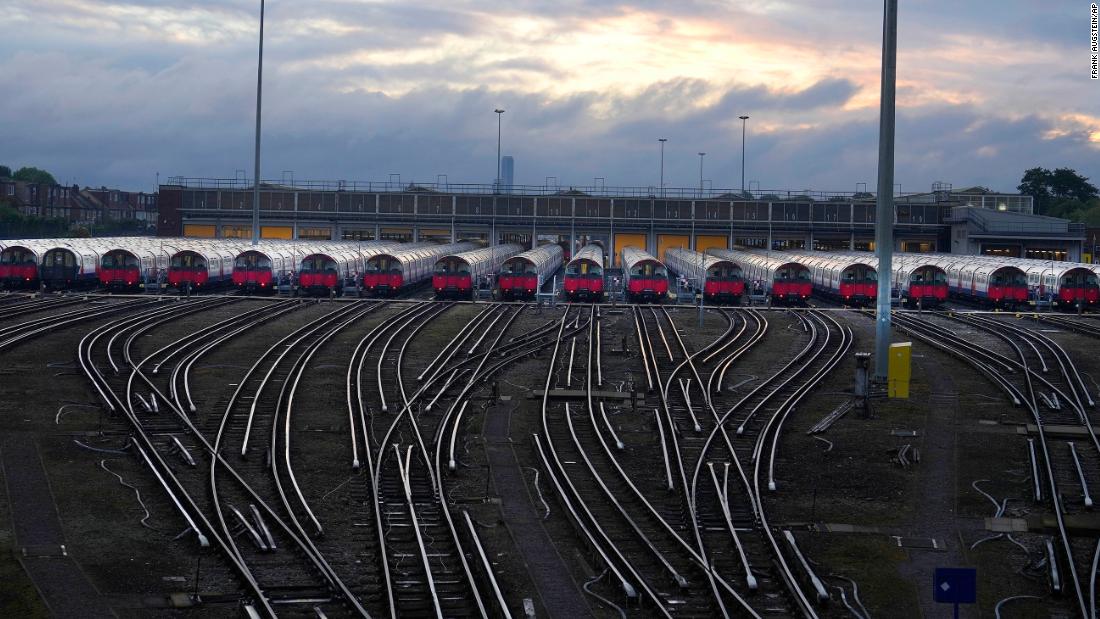 Strikes over pay bring London’s transport network to a halt 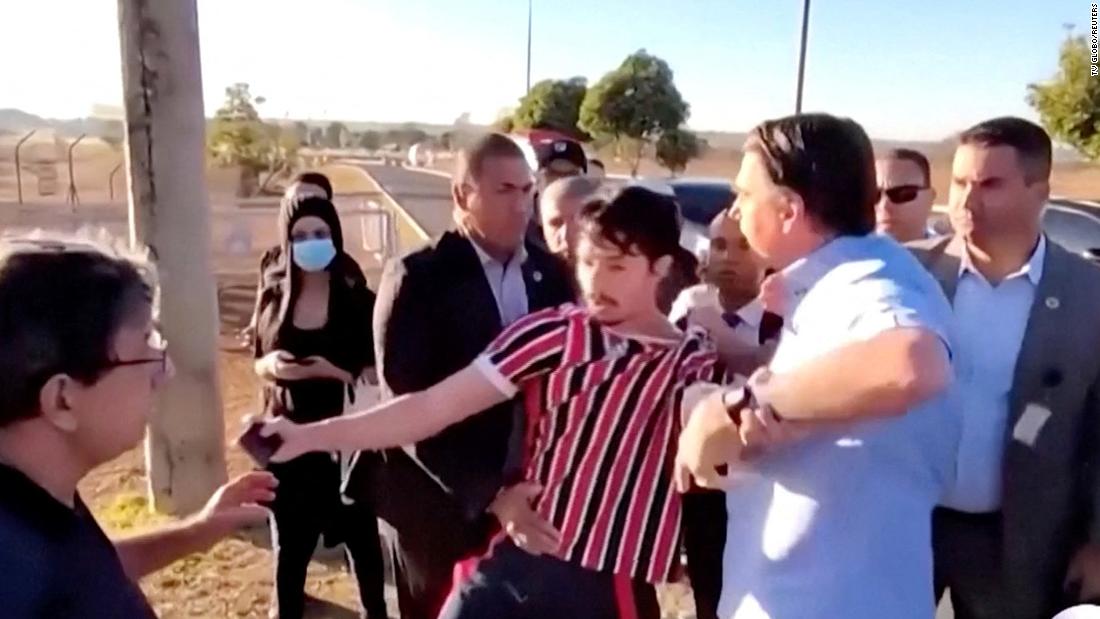 No food or water for Georgia voters: Judge upholds law that would ‘deny help to voters’ in line
46 mins ago