More than 4,100 people have been detained so far across Russia over the unsanctioned protests, including 1,080 in Moscow and 796 in St. Petersburg, according to OVD-Info, an independent site that monitors arrests.

The Russia opposition leader’s team announced the end of protests in Moscow on Sunday afternoon, but said that the “next stop” for demonstrations would be on Tuesday at Simonovsky court. “Today’s protest is over, but we continue to fight for Alexey Navalny’s freedom,” the team posted on their Telegram channel at 6:20 p.m. local time.

On Tuesday, a Moscow court will consider Navalny’s case on fraud charges and will establish whether his suspended sentence should be replaced with a real jail term.

Navalny was detained on January 17, moments after arriving in Moscow, following months of treatment in Germany after being poisoned in August 2020 with nerve agent Novichok. He blamed the poisoning on the Russian government, an allegation the Kremlin has repeatedly denied.

Earlier on Sunday, supporters of Navalny said they were planning protests in at least 120 cities across the vast country, starting at noon local time in each location.

Protesters in Moscow planned to march down to the Matrosskaya Tishina detention center where Navalny is being held in custody, according to a CNN team on the ground. Local authorities were closing metro stops one after another leading up to the detention center in the city’s northeastern Sokolniki neighborhood.

Before her reported detention, Yulia Navalnaya posted a picture on Instagram showing her taking part in a protest in the area. “It’s great in Sokolniki today!” Navalnaya said in the caption, alongside a photo showing her, hands raised, followed by a column of people.

Navalnaya was detained “during a peaceful walk” by police officers who did not identify themselves or provide any reason for the detention, according to Vyacheslav Gimadi, head of the legal department of Navalny’s Anti-Corruption Foundation (FBK).

She has since been released, Grimadi told CNN.

Live video feeds and social media videos Sunday showed crowds of people gathering in a number of cities, chanting “Putin is a thief,” in reference to Russian President Vladimir Putin.

In the Russian city of Novosibirsk, in Siberia, live video showed police detaining drivers who were honking their car horns in support of the protesters. In response, demonstrators were heard chanting: “Let them go!”

People could be seen with their elbows linked, forming chains, chanting “Freedom!” and “Give back our money!” as they stood in front of the city hall in the center of Novosibirsk. Rows of riot police were standing in front of them.

Protesters marching along the snowy streets could be heard chanting: “Russia without Putin!” and “one for all, and all for one.”

Russian federal law requires organizers to file an appeal with local authorities at least 10 days in advance to obtain permission to hold a protest.

Navalny’s team announced via its social media accounts new gathering points for protesters in the cities of Moscow and St. Petersburg after Russian authorities blocked off certain streets and metro stations ahead of the rallies.

Earlier in the week Navalny’s team said demonstrators in Moscow would gather in Lubyanka Square, home to the headquarters of the Russian Federal Security Service (FSB).

A joint investigation last month by CNN and the investigative group Bellingcat implicated the FSB in Navalny’s August poisoning, piecing together how an elite unit at the agency followed Navalny’s team throughout a trip to Siberia, at the end of which Navalny fell ill from exposure to military-grade Novichok.

Russia has denied involvement in the case.

Security forces could be seen out in force in the city’s streets, including Lubyanka Square, on Sunday.

CNN’s team in Moscow saw police detaining protesters in an apparent attempt to stop the protest in the capital getting under way.

Rebecca Ross, spokewoman for the US Embassy in Moscow, urged Russia to respect international human rights as protests take place across the country.

“We renew our call for Russia to release those detained for exercising their human rights,” he continued, referring to Navalny.

The Russian Foreign Ministry in turn accused the US of “gross interference” in the internal matters of Russia, saying Blinken was supporting the “violation of law” in a statement posted on its official Facebook page.

“There is no doubt that actions aimed at encouraging protests are part of a strategy to hold Russia back,” the ministry said. “We demand an end to interference in the internal affairs of sovereign states.”

Authorities announced ahead of Sunday’s protests that certain streets in the center of Moscow would be closed off, seven metro stations would be shut and that no alcohol could be sold in glass containers all day.

Additionally, the Moscow mayor’s office said that cafes, restaurants and other catering facilities would be closed in the city center on Sunday, according to Russian state media agency TASS.

More than 2,100 people, including Navalnaya, were arrested last weekend at rallies in nearly 100 cities, according to OVD-Info.
Ahead of the latest protest, Navalnaya posted a photo on Instagram of her family. The picture features family members, including her husband Alexey and his brother, Oleg Navalny, who was detained earlier this week in Moscow.

“If we are silent, then tomorrow they will come after any of us,” she wrote in a post accompanying the photo, referring to Russian authorities.

Navalnaya also made a reference to Putin and an investigation by Navalny’s FBK into Putin’s wealth and a luxurious palace he allegedly owns on the Black Sea.

“In a 16-storey bunker with an aqua disco, a random frightened person is the one who decides our fate — he might decide to jail one and to poison another one,” she wrote.

The FBK has urged US President Joe Biden to impose sanctions on at least eight high-profile Russian figures it says are close to Putin.

FBK executive director Vladimir Ashurkov, who signed the letter, told CNN on Saturday that the foundation was calling on the United States to put pressure on Putin to release Navalny.

Journalist and campaigner Zhanna Nemtsova, the daughter of murdered Russian opposition politician Boris Nemtsov, said Sunday she believed Kremlin critic Alexey Navalny “will be locked away in prison for many years.”

“The only way to support Alexey Navalny is to take to the streets,” Nemtsova, who has joined the protests in Moscow, told BBC radio. “We have no choice, and it is what can partially guarantee Navalny’s security while he’s in prison,” she said.

“Lots of people have nothing to lose, especially young people,” Nemtsov told the program, when asked about the hopes of the thousands of people who have been protesting across Russia since Navalny’s arrest.

“We are experiencing another economic downturn. In many cases, if you want to pursue a decent career, you have to be loyal to the government. Of course, it is very depressing for many people,” she added.

Nemtsova’s father, former deputy prime minister Boris Nemtsov, was assassinated on a Moscow bridge within sight of the Kremlin in 2015. Nemtsov was then considered the most visible leader of the Russian opposition. Five Chechen men were handed prison sentences for his killing in 2017. 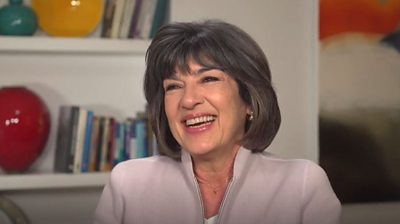 ‘Oprah is among the best interviewers in the world’ 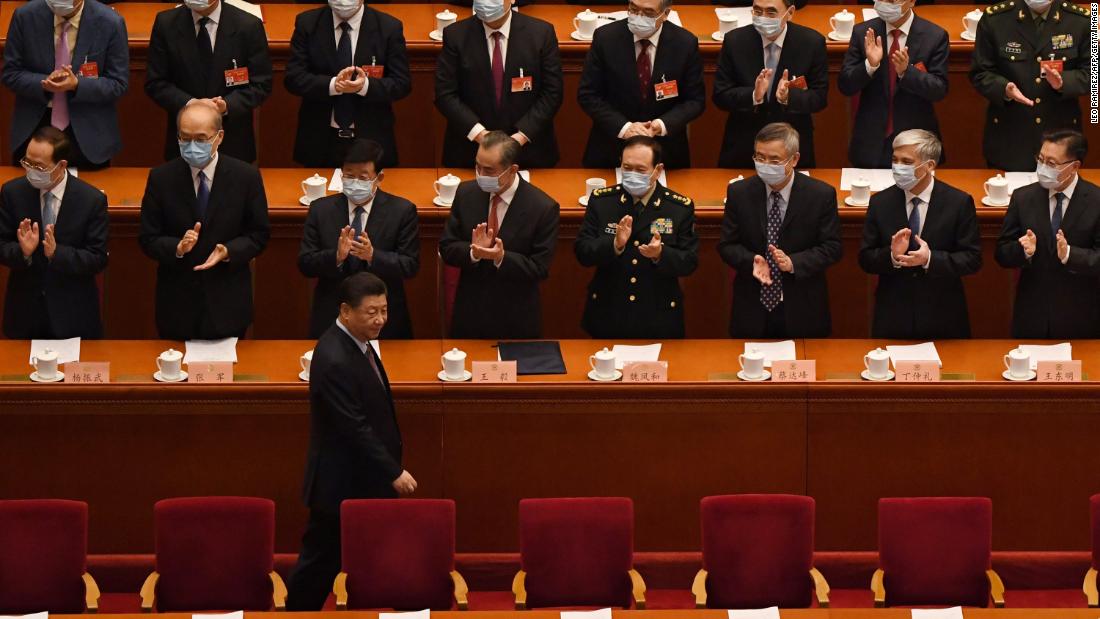 Analysis: China’s plans to ‘improve’ democracy in Hong Kong could spell the end of the city’s opposition 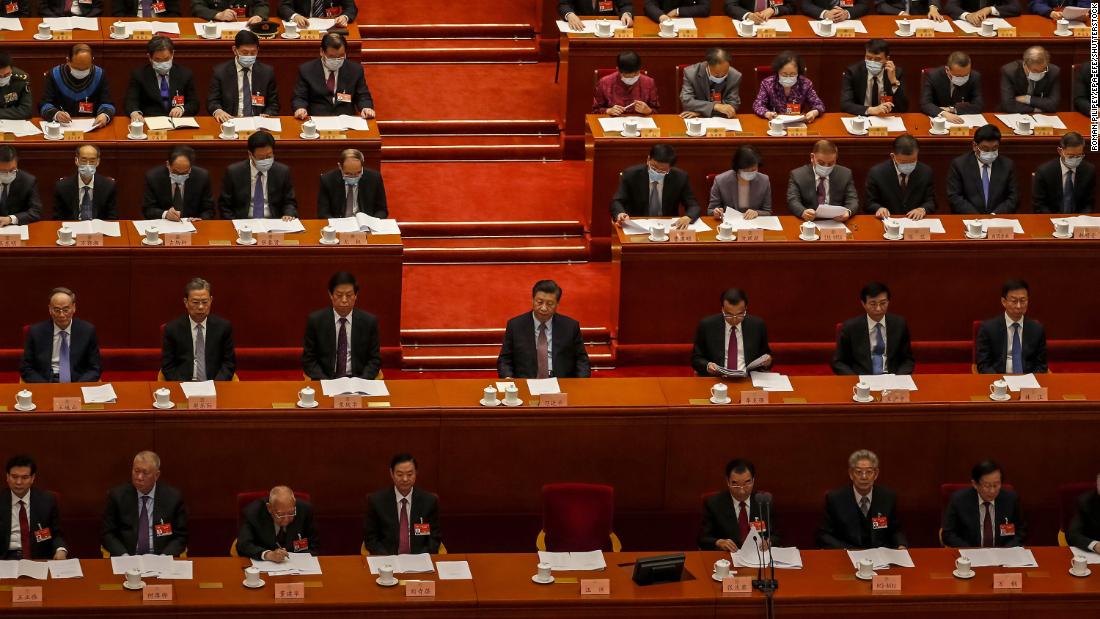 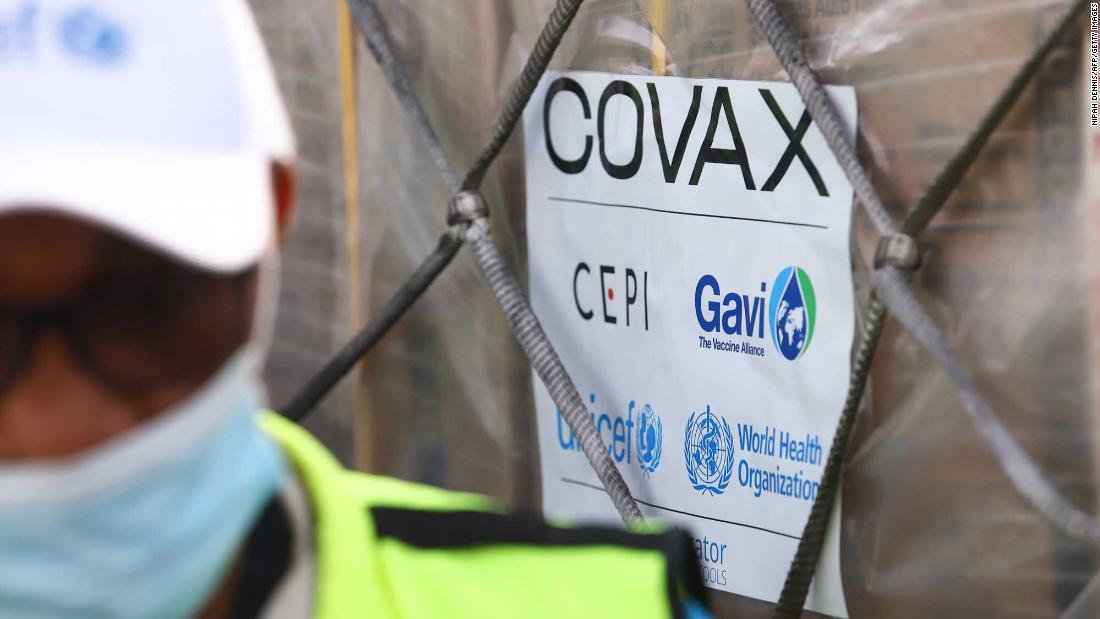 COVAX offers hope of vaccine equality with roll out across Africa

Demi Lovato reveals she had multiple strokes, brain damage after overdose
2 weeks ago