Brazilians woke up to four more weeks of campaigning after a presidential vote on Sunday destined frontrunners Luiz Inácio “Lula” da Silva and Jair Bolsonaro to a second round run-off later this month.

Results released Monday by Brazil’s Superior Electoral Court (TSE) showed left-wing candidate and former president da Silva finished with a slight lead over right-wing incumbent Bolsonaro – 48.4% versus 43.2% – not enough to cross the threshold to victory. Either candidate would have needed to surpass 50% to be elected in the first round of voting.

The two will face each other again on October 30, in what is widely seen as the most consequential ballot in the country for decades.

Still, Bolsonaro was celebrating. Brazil’s president, a divisive figure often referred to as the “Trump of the Tropics,” defied expectations from pollsters and analysts, who had suggested for months that his candidacy was losing steam. Polls had predicted he could lose in the first round, ending his presidency after a single term in office.

Bolsonaro’s result Sunday was eight points higher than the latest poll by Datafolha, a respected research group, while da Silva’s was two to three points lower than predicted.

In a jubilant Twitter thread on Monday, Bolsonaro claimed that “against everything and everyone” he was able to get a “more expressive vote” than in the 2018 election.

His conservative Liberal Party also saw a sweep of successful lower races, gaining representatives in Brazil’s House and Senate, as well as governors in several states.

“There were almost 2 million more votes! We also elected the highest number of representatives in the House and Senate, which was our highest priority at the first moment,” the president tweeted, dubbing it: “the greatest victory of patriots in the history of Brazil.”

More than 123 million Brazilians waited in long lines to vote in the world’s fourth largest democracy, while another 32 million abstained. According to TSE President Alexandre de Moraes, the extensive queues were caused by new biometric security checks and higher than expected voter turnout.

Trodden political flyers advertising different candidates still littered sidewalks around voting sites on Monday, as people tried to make sense of the results and contemplated the prospect of another month of anxiety about the country’s future.

Sunday’s “democracy party” — a term in Brazil for elections — followed a bruising campaign season marked with violence and bitter language.

In the months leading up to Sunday’s vote, Bolsonaro had frequently criticized the Brazilian electoral system and accuracy of the country’s electronic ballots system, drawing condemnation for eroding trust in the electoral process. There were several reports of violence breaking out between da Silva and Bolsonaro supporters during the campaign months, with some turning deadly.

On Monday, da Silva supporters chattered on social media about how a potential victory would weigh against the country’s new conservative legislators. For some, excitement has soured into argument about what their candidate must do to maintain his lead over the next four weeks.

During a speech on Monday in Sao Paulo, da Silva previewed a new strategy for the last stretch of his campaign. “Advice to our campaign command: from tomorrow there will be less talk between us and more talks with the voter. We don’t need to talk to people we already know, who have already voted for us or that we know will vote for us. We need to talk to those who don’t seem to like us, who don’t vote for us, who don’t like our parties,” he said.

“Keep the focus! One of the main and most difficult goals was achieved yesterday,” he said. 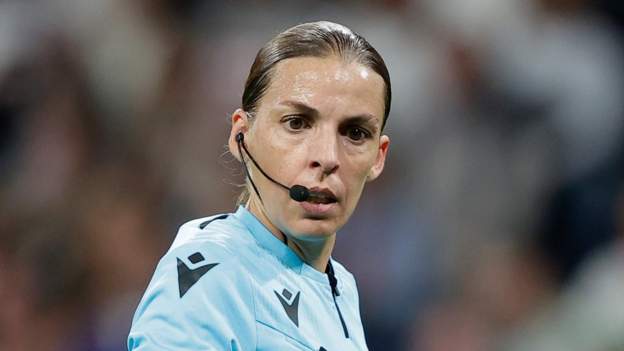 Female refs ‘a positive message’ for women in Qatar

Philippines will explore for oil in South China Sea even without a deal with Beijing: Marcos | CNN