Dry eyes can be a sign of rheumatoid arthritis. High levels of cholesterol can cause a white, gray or blue ring to form around the colored part of your eye, called the iris. A coppery gold ring circling the iris is a key sign of Wilson’s disease, a rare genetic disorder that causes copper to build up in the brain, liver and other organs, slowing poisoning the body.

And that’s not all: Damage to blood vessels in the back of your eye, called the retina, can be early signs of nerve damage due to diabetes, high blood pressure, coronary artery disease, even cancer, as well as glaucoma and age-related macular degeneration.

Checking for signs of disease is a key reason the doctor dilates your eyes to peer deep into their depths at your annual eye exams.

Soon, there may be another good reason to suffer through a few hours of blurry vision. A new study, which researchers say is the first of its kind, says the retina may also be able to provide us with an easy, noninvasive way to determine our body’s true biological age — which may or may not mirror our chronological age.

“The retina offers a unique, accessible ‘window’ to evaluate underlying pathological processes of systemic vascular and neurological diseases that are associated with increased risks of mortality,” wrote study author Dr. Mingguang He, a professor of ophthalmic epidemiology in the University of Melbourne and Centre for Eye Research in Australia. The study published Tuesday in the British Journal of Ophthalmology.

The study analyzed over 130,000 retinal images from samples given by people participating in the UK BioBank, a long-term government study of over 500,000 UK participants between the ages of 40 and 69. Using a deep learning model, which is a form of machine learning, the researchers estimated a “retinal age gap” between the actual biological health of the eye and the person’s age since birth.

There was a 2% increase in the risk of death from any cause for each year of difference between a person’s actual age and the older biological age identified in the eye, the study found.

Larger gaps of three, five and 10 years between actual age and biological age measured from the retina were significantly associated with up to a 67% higher risk of death from specific diseases, even after accounting for other factors such as high blood pressure, weight and lifestyle differences such as smoking.

“Using a deep learning algorithm, the computer was able to determine the patient’s age from a color photo of the retina with pretty good accuracy. These level of changes are not things that we as clinicians will be able to tell — we can tell if someone is a child versus an older adult, but not if someone is 70 vs 80,” said Dr. Sunir Garg, a clinical spokesperson for the American Academy of Ophthalmology and professor of ophthalmology at Wills Eye Hospital in Boston, who was not involved in the study.

“The really unique aspect of this paper is using that difference in a patient’s real age compared to the age the computer thought a patient was to determine mortality. This is not something that we thought was possible,” Garg said via email.

There were two disease groups for which the model failed to significantly predict an increased risk of death: cardiovascular disease and cancer. That might be due to a smaller number of such cases in the population studied, the researchers said, or to improvements in cancer and heart disease treatments.

“Our novel findings have determined that the retinal age gap is an independent predictor of increased mortality risk, especially of non-cardiovascular disease and non-cancer mortality,” wrote He and his team. “These findings suggest that retinal age may be a clinically significant biomarker of ageing.”

Putting this theory into practice is merely a glimmer in the eye of researchers at this point. Still, the study shows yet another benefit of allowing another person to peer deeply into your eyes, even if it’s just your eye doctor.

“Larger data sets on more diverse populations will need to be performed, but this study highlights that simple, non-invasive tests of the eye might help us educate patients about their overall health, and hopefully will be useful in helping patients understand changes that they can make to improve not just their eye health, but their overall health,” Garg wrote.

King Tut's tomb had a scepter. This ancient burial had something entirely different 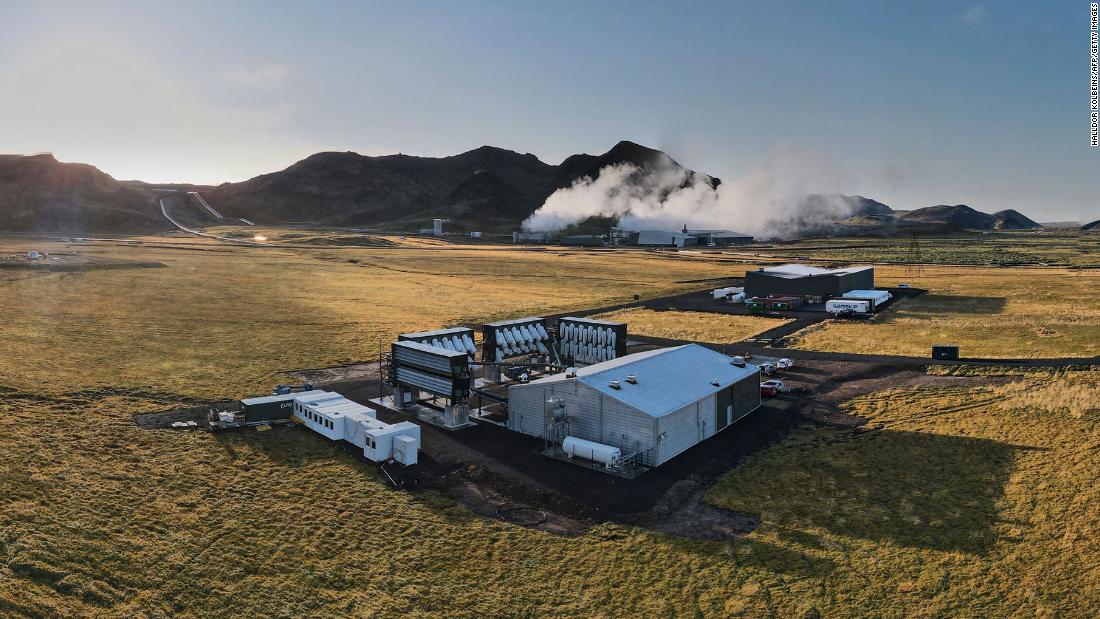 Vangelis, Greek composer of Chariots of Fire, dead at 79 | CBC News
25 mins ago