WASHINGTON — In President Donald Trump’s favored narrative of how elections are won and lost, the candidate who holds the most events with the biggest crowds wins.

“Every RALLY is BOFFO,” he said in a Monday tweet about his confidence of winning re-election, telling campaign staffers on a call the same day that he was now more confident of winning than he was two weeks ago, when he appeared at no campaign events while recovering from Covid-19.

While none of the president’s live events in the coronavirus era has come anywhere close to drawing those numbers, they remain the centerpiece of his campaign, with Trump leaning on them not just as a metric of where the contest stands but as a prime mover of the ultimate outcome.

Trump often tells the story of how he eked out a win in Michigan in 2016 by visiting the state on the eve of the election as he cites crowd size at this year’s events as proof he will win again. Despite now-daily campaign rallies, he has complained to aides that there are too few on the schedule, telling staffers on a conference call Monday he plans to soon be doing as many as five such events a day.

Now, with two weeks to go, he heads into the final stretch of the race relying heavily on his rallies to change the dynamic of the contest — a risky strategy for a persistently unpopular candidate, and one that has failed to demonstrate success in moving voters into his column.

In fact, there are no objective indications that Trump’s rallies have any relation to boosting his support, with some suggestion they are just as likely to energize his opponents’ supporters as they are his own.

In a study of the 2016 race, researchers looked at fundraising on the day of a Trump event and found that in the regions where the events were held, Clinton saw a significantly greater uptick in donations than Trump.

“It does help a little bit on the Republicans’ side, but it gets the same counter-mobilization on the Democrats’ side, if not more,” said Boris Heersink, an author of the study and a professor of political science at Fordham University.

A separate study of the 2018 midterm elections found a similar effect, where Trump’s endorsement of congressional candidates in some areas sparked a backlash effect that was ultimately detrimental to those he was backing.

While Trump has done about half the rallies over the past two months compared to the same time in 2016, in those places where he has been aggressively campaigning for re-election his rallies don’t appear to have moved the needle in his direction.

Trump has been to Pennsylvania more than any other state since the summer, making seven trips since August. Yet in polls by Reuters/Ipsos taken over that time, Biden’s lead has grown from a 3-point advantage in mid-September to a 5-point lead by the end of the month, and a 7-point advantage as of last week.

In North Carolina, where Trump has visited six times in the last two months, his poll numbers have been mostly unchanged. In an Emerson poll taken in early August, Trump held a 2-point advantage in the state; in the same poll taken earlier this week, he was tied.

Trump’s campaign has long argued that its rallies serve multiple purposes that outweigh both their overall cost and any benefit his opponents might get from them.

Campaign advisers have said the rallies deliver Trump’s message to a local media market in a more direct — and cost-effective — way than television commercials. They also serve as large data collection opportunities where every attendee has to provide their name, email and cellphone number, giving the campaign updated lists of likely supporters for turnout purposes — though far fewer now than in the pre-coronavirus era.

The campaign has also sought to use the rallies as a way to demonstrate Trump’s health and vitality, especially following his hospitalization for Covid-19, while arguing Biden lacks the fitness to be president.

Biden hasn’t held any large, in-person rallies this year, opting for small, social distanced events to show the seriousness with which he is taking the pandemic. That stance, say many GOP strategists, has helped him claim support among seniors, a group traditionally won by Republicans that is disproportionately affected by the virus.

Trump has also embraced events featuring largely maskless crowds packed tightly together in states like Wisconsin, where he held an event Saturday despite surging hospitalizations in the state. During a call with campaign aides this week, he dismissed the idea voters were concerned about the pandemic, citing the size of his rallies.

“People are tired of Covid, I have the biggest rallies I’ve ever had, and we have Covid,” Trump said. “People are saying: Whatever. Just leave us alone. They’re tired of it.”

Trump’s campaign hasn’t put any additional safety measures in places at the events since the president and at least a dozen aides and associates were infected with the virus and public health officials in Minnesota connected a string of coronavirus cases to his recent campaign events.

Most of Trump’s events are held outside or in partially covered airport hangers, but not all — including an event Thursday titled “protecting America’s seniors” that was held inside a Florida hotel ballroom where many attendees weren’t wearing masks.

There is potential utility to the events. “The rallies open him up to attack about Covid exposure, but the coverage of the rallies is a big motivator to his base,” said Republican strategist Charlie Black. “If he stuck to an economic message this week, it would even help him attract a few undecideds.”

So far, though, Trump’s messaging out of his rallies has veered heavily away from his case for why voters should give him another four years in office and instead toward venomous attacks on his political rivals that become their own storylines, like calling the Bidens an “organized crime family” and encouraging the jailing of Michigan Gov. Gretchen Whitmer, a Democrat.

The rallies also carry a high price tag for a campaign with about half as much cash on hand as Biden’s — but perhaps a necessary one for a re-election effort that has been conserving cash over the past few months by pulling back on television advertising. Trump’s campaign sent out a fundraising email this week specifically asking donors to make contributions so he could continue to hold the events.

“Having the resources to continue these rallies is critical heading into Election Day,” the email read. “We only have 19 days left, and I’m counting on YOU to step up and ensure we have the funds to move forward. I need you to contribute to the Official Trump Rally Fund.”

Still, with Trump viewed unfavorably by the majority of voters, more time in the spotlight for the president, as opposed to scripted television and digital appeals highlighting policies, might not necessarily be the best route to reach still persuadable voters.

Sipekne’katik fishers push on amid politicians’ debate and RCMP checkpoints: ‘I’m here to provide for my sons and daughters’

Jeff Bridges announces he has been diagnosed with lymphoma 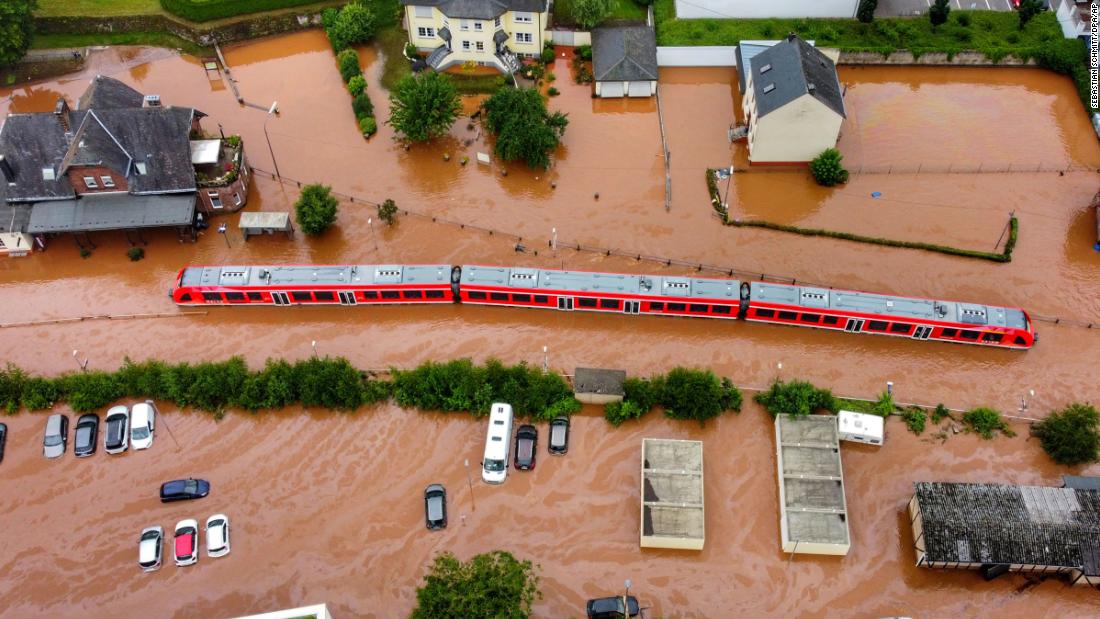 It’s possible to reach herd immunity, then lose it. Repeatedly. Here’s what you can do to help prevent that from happening
March 31, 2021

It’s possible to reach herd immunity, then lose it. Repeatedly. Here’s what you can do to help prevent that from happening