This year the war in Ukraine; the killing of journalists across the war zone; and the anti-journalism restrictions and prosecutions in Russia are front of mind. So too are acts of violence and arrests and threats in other countries. “They are not all happening in authoritarian regimes,” Jodie Ginsberg, the new president of the Committee to Protect Journalists, said in an interview. “They’re happening right here in the United States, in the UK, in Europe.”

UNESCO, an arm of the United Nations, is holding its annual free press conference in Uruguay this year. The theme is “Journalism under Digital Siege,” hitting on freedom of expression, safety of journalists, privacy, access to information, and more.

Pope Francis acknowledged the press freedom day on Sunday, telling worshipers, “I pay homage to journalists who pay with their lives to serve this right.”

The pope spoke about the killing and imprisoning of journalists around the world and said, “Special thanks go to those who courageously inform us of the wounds of humanity.”

Organizations like the National Press Club and PEN America will be producing events that anyone can attend virtually. Here are a few:

— USAID administrator Samantha Power is participating in a Twitter Spaces discussion with Ukrainian journalists.
— PEN America is organizing a discussion on “Disinformation Without Borders,” with a focus on Immigrant and diaspora communities.
— The Forum on Information & Democracy is hosting a session about the need for transparency from digital platforms.
— CNN is holding a World Press Freedom Day edition of #CITIZENCNN. Jason Rezaian, Alex Marquardt, Elle Reeve, and Donie O’Sullivan are the speakers.
— The National Press Club is hosting a panel discussion with journalists from Iran, Afghanistan, and other countries.

At the White House Correspondents’ Dinner on Saturday night, President Biden appeared to be the very first person to stand up and applaud after a video tribute to journalists who have been killed while covering the war in Ukraine. Veteran White House correspondent April Ryan noticed the same thing: “He started a slow clap,” she said on “Reliable Sources,” and the rest of the room followed his lead.

A little bit later, during his address, Biden said “we’ve all seen the courage of the Ukrainian people because of the courage of American reporters in this room and your colleagues across the world who are on the ground, taking their lives in their own hands.” And he evoked Donald Trump’s “enemy of the people” attack and rejected it, saying, “at your best, you’re guardians of the truth.”

Biden was followed by the night’s entertainer, Trevor Noah, who saluted war correspondents in between his jokes about the press and the president. Noah’s strongest media critique came right at the end:

“I stood here tonight and I made fun of the President of the United States and I’m going to be fine. Do you understand what a blessing it is? It might slip your mind, it’s a blessing. Ask yourself this question: If Russian journalists are fighting to report on what their own government is doing, if they had the freedom to write any words to ask any question, if they had basically what you had, would they be using it in the same way you do? Ask yourself that question every day.”

The Committee to Protect Journalists posted a video on Monday to honor “the lives of at least 7 journalists killed while covering the Russia-Ukraine war. Their friends, families, and colleagues remember them as uncles, cat-lovers, joke-tellers, and so much more.”

Charles M. Sennott, the founder and editor in chief of The GroundTruth Project, recently traveled to Kyiv and spoke with Ukrainian journalists about the many dangers of war coverage.

“As the world prepares to mark World Press Freedom Day on Tuesday,” he wrote, “it’s safe to say that Ukrainian democracy — indeed, democracy everywhere, including ours here in America — will require courageous, independent, fact-based journalism if it is going to survive.”
A version of this article first appeared in the “Reliable Sources” newsletter. You can sign up for free right here.

Alabama, Ohio State lead charge for potential No. 1 pick in 2023

UFC 274: Andre Fialho is the fighter to watch 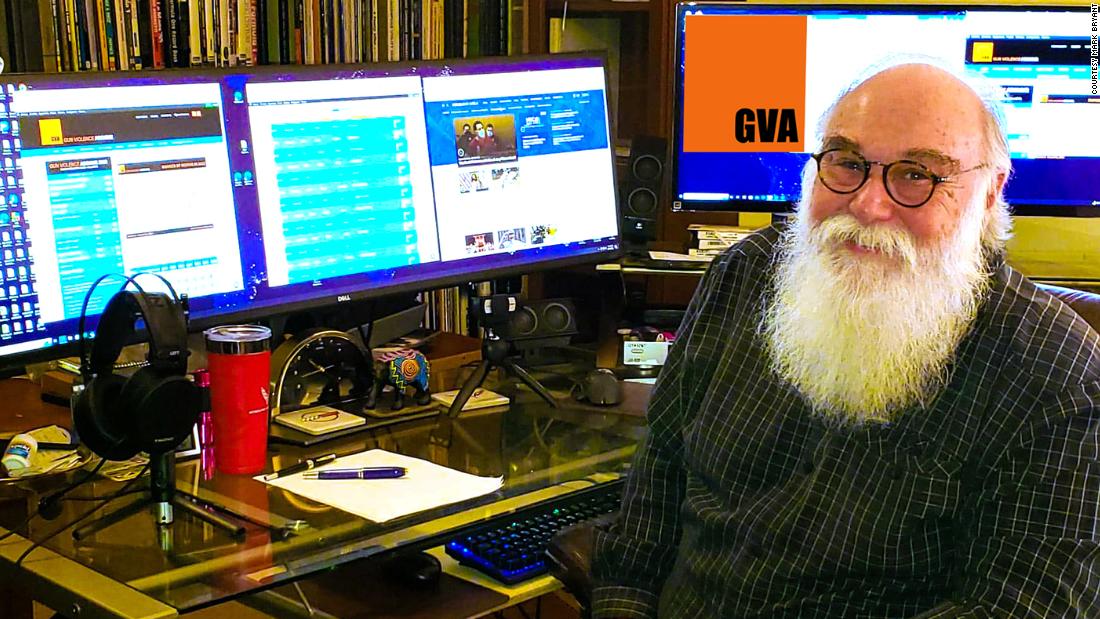 Norway warns it may have to kill a beloved 1,300-pound walrus named Freya