They couldn’t explain why those afflicted, often in the same family, had recurring fevers, abdominal pain, troublesome rashes and muscle aches. Known as familial Mediterranean fever, the disease often went undiagnosed for years, and it was sometimes fatal.

A similar, but unrelated, mystery fever was initially thought to affect families with Scottish and Irish heritage.

“The pain I felt back then, it moved around. One week the pain was in my leg, and the next week my arm would hurt instead,” said Victoria Marklund, 47, a Swedish woman who suffered from TRAPS, or tumor necrosis factor receptor-associated periodic syndrome, a disease first identified in a family of Irish and Scottish descent living in the UK city of Nottingham in 1982.

Her father and grandfather died prematurely from kidney complications, which were likely a consequence of the undiagnosed disorder.

Marklund has now received an effective treatment and lives symptom-free — largely thanks to the work of one US physician and health researcher, Dr. Dan Kastner, a distinguished investigator at the National Institutes of Health who serves as scientific director of the National Human Genome Research Institute.

The Royal Swedish Academy of Sciences on Monday awarded Kastner the prestigious Crafoord Prize, considered a complement — and for some winners, a precursor to — a Nobel prize.

“What Dr. Kastner has accomplished is absolutely groundbreaking. The concept of autoinflammatory disorders didn’t exist before he identified the cause behind a number of them,” said Olle Kämpe, a professor of clinical endocrinology at Karolinska Institutet in Stockholm who is a member of The Royal Swedish Academy of Sciences and chair of the Prize Committee. The academy also selects Nobel laureates.

“His discoveries have taught us a great deal about the immune system and its functions, contributing to effective treatments that reduce the symptoms of disease from which patients previously suffered enormously,” Kämpe added.

Kastner first came across familial Mediterranean fever in a patient with recurring arthritis and high fevers he treated as a rheumatology fellow just months into his first job at the NIH in Bethesda, Maryland, in 1985. That chance diagnosis set him on a 12-year journey to find the gene — or genes — responsible for the disease.

He traveled to Israel, where he took blood samples from 50 families with familial Mediterranean fever.

It took Kastner seven years to locate the mutation to chromosome 16. It took another five years — in 1997 — for Kastner and his team to find the mutated gene itself — one misprint in a genetic code comprised of 3 billion letters.

After this breakthrough, he stayed at NIH, where he studied undiagnosed patients with similar symptoms. He identified 16 autoinflammatory genetic disorders and found effective treatments for at least 12 of them, establishing a whole new field of medicine.

Now that the full human genome has been mapped, the process of detecting the genetic root of such disorders is quicker, and greater numbers of patients with these rare, unexplained diseases are being helped as a result of Kastner’s work.

There are few images in science more iconic than the DNA double helix structure, discovered in 1953 by James Watson and Francis Crick, two years after Kastner was born. As a seventh grader, he once created a version of the twisted ladder shape using jelly beans and pipe cleaners for a science fair.

Fast-forward to Kastner’s medical career, which started in the early heyday of genetic research. He was inspired by the international race in the late ’80s to identify the cystic fibrosis gene — an achievement that at the time was called “one of the most important in human genetics.”

His work to identify the gene that caused familial Mediterranean fever had its own element of competition. In the summer of 1997, to beat a rival team led by French researchers, Kastner took a last-minute flight from Bethesda, Maryland, where the NIH is based, to Boston to submit his manuscript detailing the gene mutation that caused familial Mediterranean fever by hand to the journal Cell on a Friday afternoon.

These were the days before papers could be submitted with the click of a mouse. He hoped to publish his work first. Ultimately, the two teams published their papers simultaneously in different journals — both fortunately arriving at the same finding.

“I love that type of thing,” he said. “We still have races to the finish, and there’s nothing like a good week of all-nighters.”

Kastner had discovered that the gene involved in familial Mediterranean fever produces a protein called pyrin. Normally this helps to activate our innate immune system — our first line of defense to fight bacteria and viruses.

In this case, however, pyrin made the innate immune system become overactive, resulting in fever, pain and joint inflammation. He went on to study patients with similar and more devastating symptoms — identifying TRAPS and many more rare diseases.

The family of diseases identified by Kastner are distinct from autoimmune diseases like rheumatoid arthritis and lupus, in which a different branch of the immune system malfunctions.
More recent research by Kastner and his colleagues has shed light on why some of these genetic disorders might have evolved. It’s possible that the genetic mutation for familial Mediterranean fever may have offered carriers some resistance against the bubonic plague, which ravaged parts of the Middle East and Europe in the Dark and Middle Ages.

What has motivated Kastner for five decades is how his work decoding the genetics of inflammation can inform new treatments and ultimately transform patients’ lives.

“There’s nothing more gratifying in life and nothing more satisfying scientifically,” he said. He plans to step down from his role as scientific director at the NIH in the next few months and then focus his efforts on his clinic, where he has over 3,000 patients enrolled and “find yet more disease genes, understand how they work, and develop new treatments.”

“Of course, one can never know how long that will last, but I love doing it, and will continue as long as I can.”

In more recent work beginning in 2014, Kastner identified and pioneered treatment for a severely debilitating genetic disorder known as DADA2, short for deficiency of the enzyme ADA2 (adenosine deaminase 2), which can cause recurring fevers and strokes starting in childhood. His research has radically improved the life of the daughter of Dr. Chip Chambers.

“My daughter, who is 23, was sick from age 2. She got very sick late in her teen years. No one could figure it out. We didn’t know what was wrong with her,” said Chambers, an assistant clinical professor of surgery at Vanderbilt University Medical Center in Nashville, Tennessee, and founder of the DADA2 Foundation.

“She’s now at college and the improvement in her quality of life has been dramatic.”

Similarly, TRAPS survivor Marklund suffered for years before her diagnosis at the age of 38. Her nephews, who both have TRAPS but have been given medicine from an early age, don’t feel the effects of the disease at all, she told The Royal Swedish Academy Of Sciences.

“I doubted many times that anyone would ever figure out what I was suffering from. So now it feels fantastic, to be told what it was, to understand the cause of the disease and that there is medicine that helps.”

‘Paying homage to where I come from’: Second-generation Canadians cooking through the pandemic

Analysis: Putin dismissed Navalny for years. Outrage over his jailing is now a big problem for the Kremlin 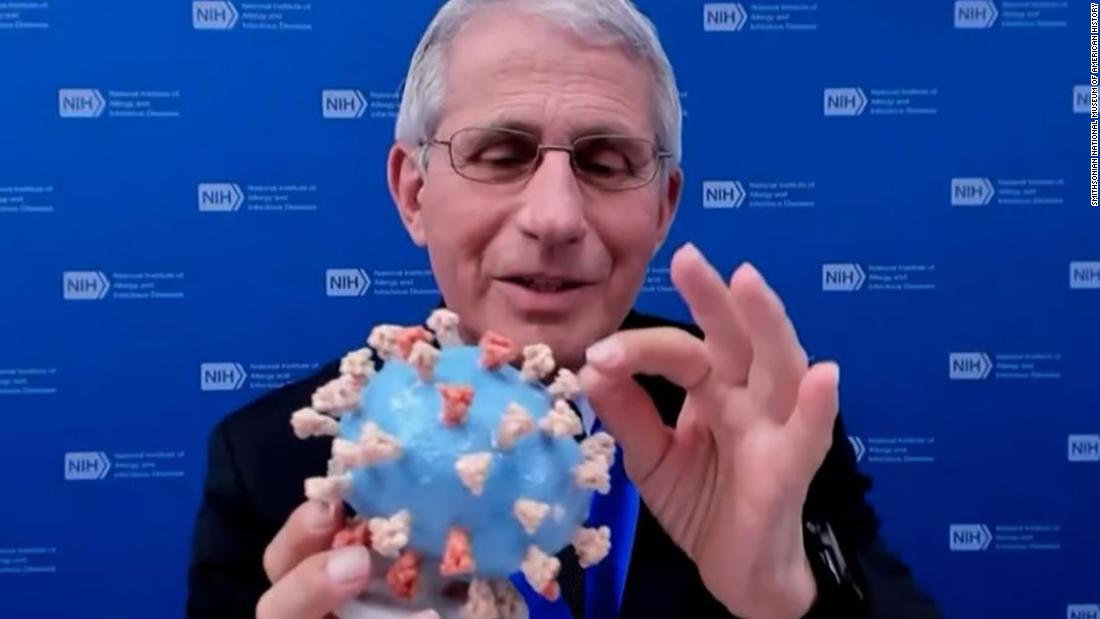 Dr. Fauci is giving his personal 3D model of the coronavirus to the Smithsonian 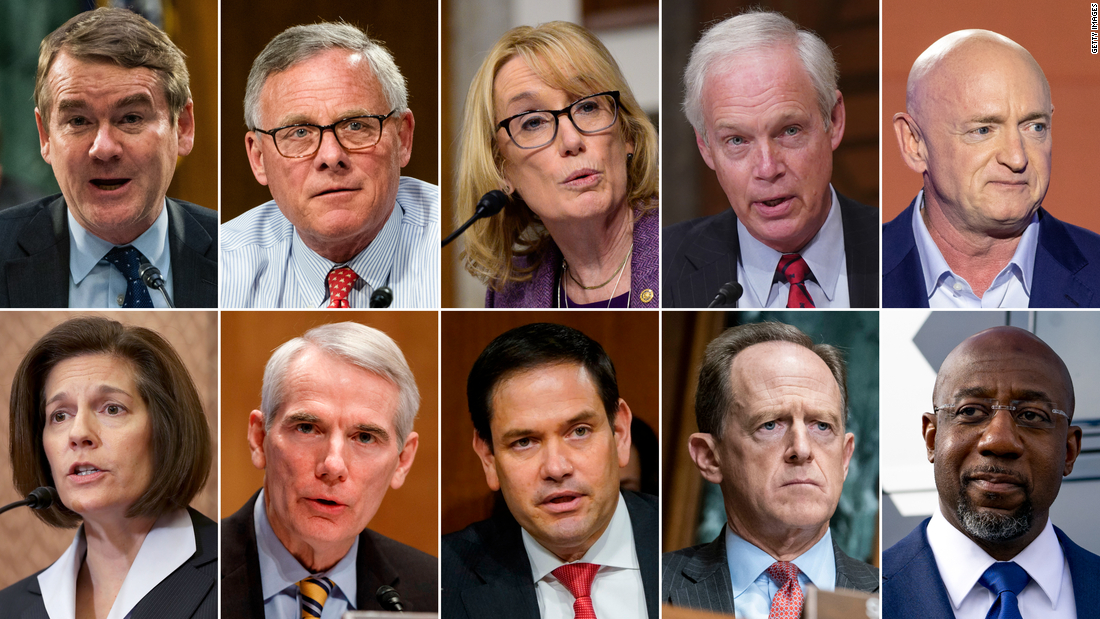 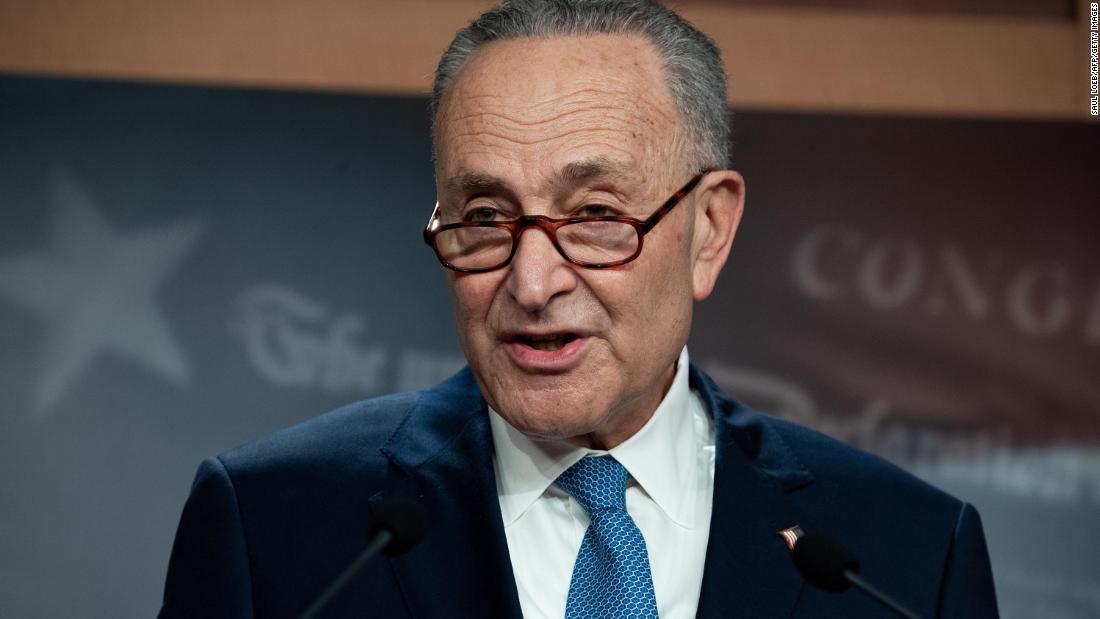 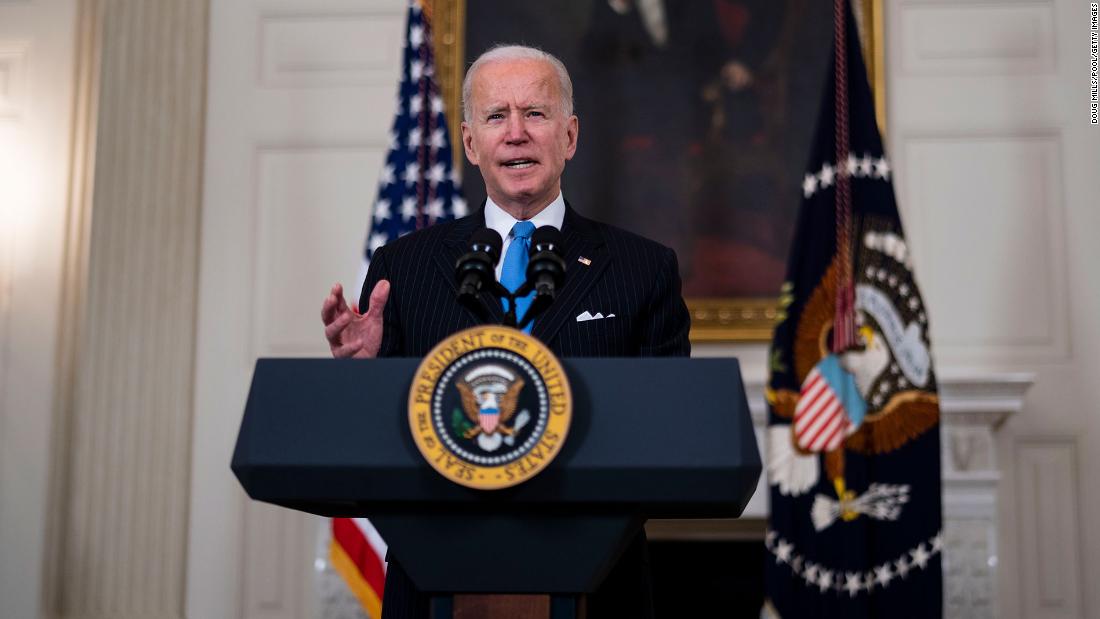 Sunday was the busiest day for US air travel since the pandemic began
November 30, 2020

LATAM expects to function at 38% normal capacity during December
December 4, 2020

LATAM expects to function at 38% normal capacity during December