Colombian President Iván Duque Wednesday told his predecessor Juan Manuel Santos he did not “engage in arguments with former presidents.”

Santos had criticized Duque’s intervention at the 76th United Nations General Assembly, where he described the peace agreement brokered by Santos with the FARC guerrillas as fragile.

Santos insisted in a radio interview that the Agreement was one of the most relevant events in the recent history of the country and that Duque’s message at the UN made him sad.

The Nobel Peace Prize laureate also insisted the current head of state had lost credibility by speaking ill of the Accords in an organization as important as the UN. The UN knows this because it was there and we asked them to be there, they know everything that has been done and that is why they exalt the peace process so much. When the president goes and says what he said, the effect is that he loses credibility, his government, but also the country. They are saying it is the most inappropriate forum because there they know the agreements better than anyone, Santos explained.

Asked about those remarks, Duque replied he would not engage in arguments with “former presidents” and since he was the current president, it was not appropriate for him to discuss those issues publicly.

However, Duque did elaborate on the fact that when he came to power he had found a fragile peace process.

We must always speak the truth. There is a process under construction that is fragile and that cannot generate hives for anyone, all peace processes in the world have those elements of fragility, Duque said.

Regarding these so-called elements of fragility, Duque explained that in 2018 Iván Márquez was a fugitive from justice and today he leads one of the FARC dissidents. He also spoke of other members of the former guerrilla such as Jesús Santrich and Marlon Marín, who despite having accepted the Peace Agreement, had once again approached illegality.

If there are people who feel uncomfortable because someone speaks the truth, “then let them be uncomfortable,” Duque said

The current president insisted that “peace does not have an owner nor does it belong to anyone, nor is it the political patrimony of a person. Peace is a national purpose and achieving peace requires legality, that there be zero impunity and there are weaknesses that must be overcome with the strengthening of the institutions.”

Duque had said before the UN that the country was making progress in the construction of pacification with legality, even overcoming the effects of the pandemic, and added that his administration had done more for the implementation of the treaty than the Santos government.

But Santos said Duque had shown a double standard on the issue of peace.

Duque’s Presidential advisor Emilio Archila, in charge of the Stabilization and Consolidation of the peace agreement, said that those who made a fool of themselves were those who intend to continue using this issue of implementation as something to divide Colombians.

Paraguay and Chile closer to bilateral FTA after Piñera visit No human or wildlife damages reported after Galapagos volcano eruption 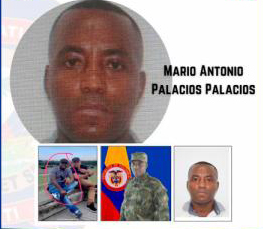 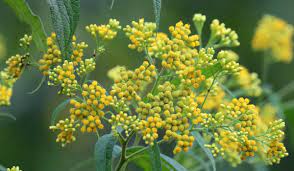 Why The Caribbean’s Embrace Of Herbal Medicine Is Rising Again

Analysis: Say goodbye to making Election Day a federal holiday and other pro-voting ideas
32 mins ago