Patricia Li’s year began with the theft of a Lexus NX 300 from her Toronto home — but that was just the beginning of her troubles.

Five months later, thieves returned in the middle of the night for her other vehicle, a Lexus RX 450, but this time they weren’t as lucky.

After the first theft in February, Li installed a video camera that captured footage of three people attempting to break into the car.

“It’s really scary because they were so close,” Li told CBC News. “Who knows what could have happened … if I had woken in the middle of the night and saw them and then I approached them?”

The footage appears to show one person trying to break open the door handle while two others place some sort of towel over the front headlights. Within minutes, Li says, the vehicle’s alarm connected to the engine immobilizer went off. The video shows the three running off as the lights on the car begin to flash.

“I personally feel that nothing has been done about it because so many cars are being stolen,” Li said.

Li is one of thousands of Torontonians who have been impacted by a dramatic increase in auto thefts this year. As of Sept. 26, there have been 6,497 thefts reported to Toronto police. When compared with all of 2021, which saw 4,498 reports, that’s nearly a 45 per cent increase with three months of the year remaining.

Carjackings, which are counted separately and investigated by a different team, are up 209 per cent, rising from 58 to 179.

CBC News is investigating why an increasing number of Torontonians are falling victim to thefts and what community groups, politicians and police are trying to do to stem the rising wave of crimes.

Toronto-area police are investigating a string of carjackings, suggesting thieves have been exporting stolen cars to countries abroad where they’re sold for lucrative profit.

Toronto isn’t alone — data collected by CBC News shows that as of Aug. 31, auto thefts in neighbouring Peel Region are up 54 per cent compared with the same period last year. In Ottawa, thefts are already up nearly 27 per cent this year compared with last, while Montreal is on track to surpass the number of thefts from 2021.

“It is staggering. It’s a very, very large number,” Det. Sgt. Peter Wehby said about Toronto’s spike. He’s with the newly formed Organized Crime Investigative Support Team, which tackles what it calls complex investigations by liaising with different police divisions and with teams in other regions, cities and even countries.

“I don’t think anything has changed with respect to the demand for the vehicles. I think what has changed is the supply,” he said.

In 2020 and 2021, Wehby said, there were far fewer newer vehicles available due to supply-chain issues stemming from the COVID-19 pandemic. Many of those orders came in this year, flooding the market with more vehicles.

“From what I understand, hundreds and hundreds of orders had come in that were unable to be delivered. So it’s simply a case of a higher supply, which makes it more available for these things to take,” Wehby said.

He said that while some cars are stolen for the purpose of committing another crime and others for domestic resale, that’s not what’s behind the majority of thefts.

“Where the cars are stolen for exportation, that’s where I think there’s the biggest profit,” he said.

“If your car is stolen … if it’s one of the desired vehicles that is stolen, there’s a very good chance these criminals are going to try to get it out of the country and overseas as quickly as possible.”

Based on the police data in Toronto alone, on average a car has been stolen every hour of each day so far this year. The total value of those cars is in the hundreds of millions of dollars.

It’s not just luxury vehicles that are being targeted in cities like Toronto. That’s a lesson Sarah learned the hard way after her vehicle was recently stolen. She asked CBC News not to use her last name because she’s concerned she’ll be targeted again.

On Sept. 24, her husband noticed the 2021 Honda CR-V they were leasing was stolen from the driveway at the side of their house in northwest Toronto.

“We were pretty surprised. I mean, you usually think of cars being stolen as luxury cars — Mercedes and Lexus and these types of cars. And you don’t think that a Honda CR-V is a desirable car to steal,” Sarah told CBC News. But she said she learned more when she contacted police.

“We filed a report, and a police officer came to the house later that day and informed us that we were one of six CR-Vs that were taken within the last two days,” she said, adding that police told her that was just within her neighbourhood.

Sarah’s insurance covers the theft, but she lost what was in her car: her children’s car seats, a stroller and a bassinet — the latter two not covered by her insurance.

Organizations that investigate auto theft say many vehicles are targeted based on demand in other countries.

“Organized crime groups — professional criminals — are targeting certain vehicles because of the demand for them. So you’ll see a variety of makes and models, manufacturers that are being targeted,” said Bryan Gast, vice-president of investigative services at Équité Association, which investigates and analyzes insurance fraud and crime.

He said not only do higher rates of auto theft contribute to higher insurance premiums in general, but there’s also the issue of who is profiting from the sale of stolen vehicles.

“What I would consider even more concerning is the fact that … these thefts are funding these organized crime groups,” Gast said.

The issue of auto theft has become so pervasive that some neighbourhood groups have been working to collect and share data themselves and spread awareness within their communities to help protect each other.

“We do the neighbourhood watch program … to try and communicate prevention techniques, but there’s just only so much people can do — and that’s really the problem,” said Pam Main, of the Upper Avenue Community Association in Toronto’s North York neighbourhood.

Main said members of the  group have watched auto thefts creep up significantly since 2019, and alongside the neighbouring group — the  South Armour Heights Residents’ Association — they’ve been pushing for more police resources to be allocated to address the issue.

Prior to the inception of the Organized Crime Investigative Support Team, some police divisions — including 32 Division, which covers the area of both neighbourhood groups — had their own teams dedicated to tackling auto theft in those areas. However, those personnel have since been reallocated to support the Organized Crime Investigative Support Team, which now leads all complex auto theft investigations across the police service.

Main said they hope the new team, which is also responsible for other crimes such as kidnappings and abductions, will prioritize auto theft.

“Hopefully with this new team, we will see some results,” she said.

“Around the clock, we have investigators aggressively working to stop this problem,” he said.

Given how multi-jurisdictional the problem is, some local politicians say more support is needed from both the province and the federal government.

“This is not just local crime; this is international organized crime worth billions of dollars where cars are going to ports in Montreal, Halifax,” said Mike Colle, a Toronto councillor who introduced a motion last December — which passed — calling on the Ontario government to create a task force to combat the rise in auto theft.

No provincial task force has been set up, but in a statement to CBC News, Ontario’s Ministry of the Solicitor General said it’s already working with the federal government on the issue, investing $203 million to combat gun and gang crime, which it claims is linked to many auto thefts. It also touted money allocated for police services to purchase technology to help identify stolen vehicles.

A spokesperson for federal Public Safety Minister Marco Mendicino told CBC News the department is working to bring all levels of government and law enforcement together to create a task force to address this “alarming” issue.

As for Patricia Li, she said she hopes the issue can be addressed in a serious way. In the meantime, she plans to take the Lexus that was targeted by thieves in July back to the dealership.

“It has scared me so much that I don’t want to keep the car anymore,” she said.

If you have tips or information you’d like us to investigate, reach out to us at [email protected] 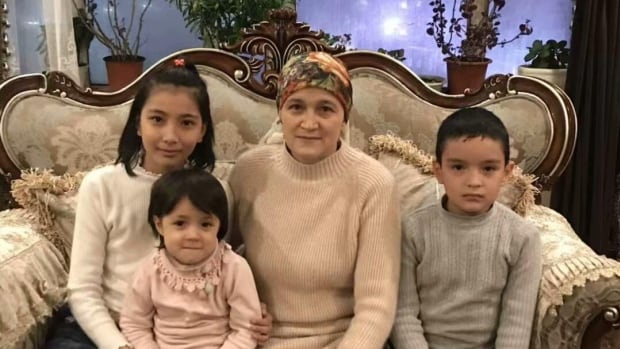