Alec Baldwin said the only issue that matters in the shooting that killed a cinematographer on a New Mexico movie set is how the bullet ended up in the gun.

“There’s only one question to be resolved, and that’s where did the live round come from?” Baldwin said in an ABC interview with George Stephanopoulos that aired Thursday night, the first time the actor has spoken in depth on screen about the Oct. 21 shooting on the set of Rust.

Baldwin said he did not pull the trigger of the gun he was holding that went off and killed cinematographer Halyna Hutchins and wounded director Joel Souza.

Baldwin said he and Hutchins “had something profound in common. We both assumed the gun was empty.”

Baldwin said he decided to do the interview because he knew the criminal investigation and civil lawsuits surrounding the case would take months, and there were many public misconceptions to counter.

“I really feel like I can’t wait for that process to to end,” Baldwin said.

He added he wanted to make it clear that he “would go to any lengths to undo what happened.”

But Baldwin said “I want to make sure that I don’t come across like I’m the victim because we have two victims here.”

The prime-time special aired on ABC Thursday night and was to stream on Hulu afterward.

‘Alec did not pull that trigger,’ says assistant director

The assistant director who handed Baldwin the gun backs up the actor’s assertion that he did not pull the trigger.

“He told me since day one he thought it was a misfire,” Torraco said.

The gun used in a fatal shooting on the set of the movie Rust in New Mexico earlier this week had been declared safe to use by a crew member just before it was discharged, court records show. 4:00

“Until Alec said that, it was just really hard to believe, but Dave has told me since the very first day I met him, that Alec did not pull that trigger.”

Authorities have said Baldwin was told the gun was safe to handle. They continue to investigate how a live round ended up in the weapon.

A lawsuit filed by the film’s script supervisor, Mamie Mitchell — one of at least two that name the actor and others as defendants — alleges that the script and director did not call for Baldwin to pull the trigger, but he did anyway.

Investigators have described “some complacency” in how weapons were handled on the Rust set. They have said it is too soon to determine whether charges will be filed, amid independent civil lawsuits concerning liability in the fatal shooting.

Baldwin said he met with the film’s armourer Hanna Gutierrez Reed for a gun training session before the shoot, and she appeared capable and responsible.

“I assumed because she was there and she was hired that she was up to the job,” he said.

Gutierrez Reed has been the subject of much of the scrutiny in the case. Her attorney has said she did not put the round in the gun, and believes she was the victim of sabotage.

ABC said a two-hour special 20/20 next week will examine the shooting investigation in more depth.

This Week in Statehouse Action: Gifts That Keep On Giving edition 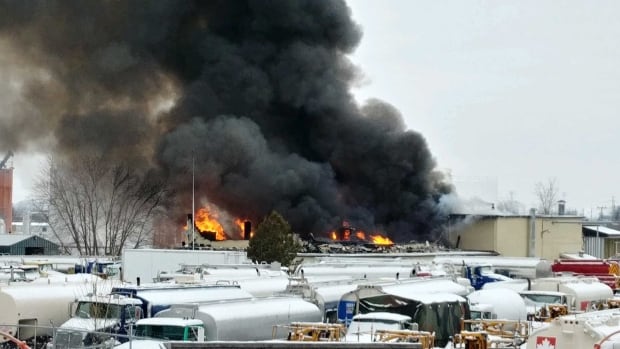