As It Happens7:35Antarctic research stations rife with sexism and harassment, Australian probe finds

Meredith Nash has spoken to a lot of Antarctic researchers, but she’s particularly concerned about the young women just starting out in their careers.

Nash is the author of a new report that found a widespread culture of sexism and sexual harassment at Australia’s Antarctic research bases. She conducted dozens of in-depth interviews and informal conversations with Antarctic workers.

“The ones that stood out for me the most were from PhD students, young women who were going to Antarctica for the first time,” said Nash, the associate dean of diversity, belonging, inclusion and equity at Australian National University.

“They were so excited to collect data for their studies, and then they had a horrible experience down south. You know, they were either harassed, stalked [or] assaulted. And then, of course, they never came back,” she told As It Happens host Nil Köksal.

Women seen as ‘an inconvenience’

The report, which was commissioned by the Australian Antarctic Division (AAD), unveiled a workplace culture that is “predatory” and “objectifying,” and that doesn’t take women’s needs into consideration.

“Participants observed that women experience a range of harassment including uninvited physical contact or gestures, unwelcome requests for sex, sexual comments, jokes or innuendo, intrusive questions, displays of offensive or pornographic material and sex-based insults or taunts and unwanted invitations,” it reads.

There is the saying that what happens in Antarctica stays in Antarctica. People often see it as a place without rules.– Meredith Nash, Australian National University

Nash says harassment in Antarctica “has been an open secret for decades.”

“Antarctica has been a continent for men,” she said.

“It’s was a site for heroic men conquering the continent. And women were never supposed to be there. And even though women have been doing terrestrial field work in Antarctica for decades now, the fact is that no systems are set up for them. Women are seen as ultimately an inconvenience, and they really have to cope by themselves.”

Not just an Australian problem

Carol Devine, a scientist from northern Ontario who has taken four research trips to Antarctica, says she’s worked under leaders who made strong efforts to create a safe space for women, but she’s also witnessed some of the sexist behaviour outlined in Nash’s report.

“Scientific programs — the temporary populations of Antarctica, the scientist and support staff, even tourism staff and teams — must do better, now,” Devine said in an email to CBC.

“Antarctica is a microcosm, so it mirrors what’s happening in the rest of the world but is perhaps even more stark as populations are small, controlled, in confined and mediated living and working spaces relative to the wide expanse of the continent.”

That isolation, Nash says, plays a big part in fostering “a more permissive environment for harassment.”

“There is the saying that what happens in Antarctica stays in Antarctica,” she said. “People often see it as a place without rules, and that makes it much easier for people to think that they can get away with very bad behaviour or inappropriate behaviour.”

That behaviour can drive scientists away from Antarctic research when they’re needed more than ever, she said.

“We know Antarctica as the canary in the coal mine when it comes to the climate crisis,” Nash said. “We need to put all of our best minds, our most brilliant talent, our Antarctic workforce, fully and totally towards solving the climate crisis.”

The report also found that women and other people who have periods “must go to great lengths to make their menstruation invisible because menstruation is not considered to be an important operational concern in Antarctic fieldwork arrangements.”

That includes changing their period products “without privacy or adequate sanitation,” carrying bloody products with them for long periods of time, leaving products inside their bodies longer than is recommended, and improvising menstrual products when none are available.

“Whilst women in this study found a range of ways to individually cope, the more concerning issue is that people who menstruate feel compelled to uphold a male-dominated field culture in which menstruation is concealed and controlled to meet masculine cultural norms,” the report found.

The report comes with a long list of recommendations, including providing period products, diversifying the hiring process, and implementing and communicating harassment guidelines.

“I am deeply concerned by the experiences describe at our workplaces where people have been sexually harassed, discriminated against and excluded,” she said in a written statement.

Nash is hopeful that her work will lead to real change at an institutional level. She says the onus shouldn’t be on women to report their experiences, but rather their employers to foster a culture where these things don’t happen.

That said, she had some words of advice for women heading to the continent.

“I would never tell someone to not go to Antarctica. It’s the most amazing place on this planet,” she said. “But I do think for women especially, it’s worth asking questions and … making sure that … if something is to happen, that you know who you can go to, and that you feel like you have some safe spaces.”

“Women have waited centuries to do the same work as men in the same places, and to work in the Antarctic,” she said. “The massive onus is on the employers and colleagues — including women — to make it safer for women now, not to put women on hold for equality and equity, again.”

Charles Fuller, Pulitzer-winning playwright of 'A Soldier's Play,' dies at 83 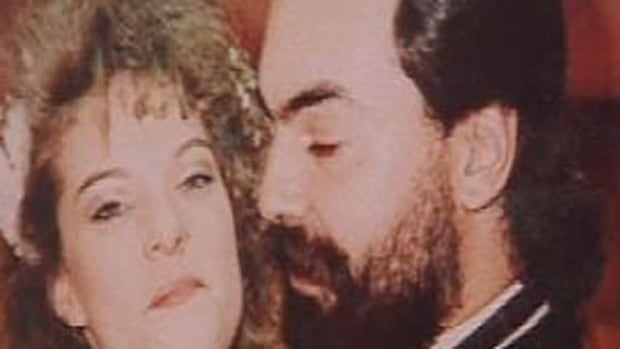