Through all the body aches and sweat-soaked sheets and golf-ball sized glands, I learned a lot about vulnerability and connection. Being sick and weak was awful, but it did give me clarity about what I value in life. I also considered myself one of the lucky ones — I never struggled to breathe, I had access to great medical care and would ultimately come through without long-term health effects. I never had to add to the stress of the doctors and nurses in hospitals doing heroes’ work. And I am very aware of my privilege as a White woman, in a country where communities of color are disproportionately affected by this awful virus.

But there was something in that essay I left out, and now I’m coming clean. One of the reasons I was able to kick Covid-19’s ass was because I had a support network of women, a sisterhood — or what I call a “huddle.”

Let me back up: The year leading up to my getting Covid-19 I had been crisscrossing the country on weekends interviewing trailblazing women for a book. (It’s called “Huddle: How Women Unlock Their Collective Power.”) Part journalism, part memoir, it examines the way women team up to give one another the support, strength and inspiration they need to meet the challenges of daily life — and to change the world. It’s a special kind of bonding and empowerment that I call the huddle.

As someone who was very lonely in my 20s and into my 30s, I learned to huddle by activating my own small tribe of women who stood with me every step of the way. They were with me (virtually) during Covid-19 as well. I knew, as I fought that virus, that all of these women had my back and that I was truly never alone.

After I recovered and got back to work, the pandemic raged on and I paid extra close attention to women. I started to see how women, and especially women of color, were disproportionately affected by this deadly virus. I noticed that women of all races, ages, classes and backgrounds were carrying a great burden in getting us through the pandemic. They were mothers, caretakers, breadwinners, school teachers and (suddenly) homeschool teachers, nurses, doctors, essential workers and activists.

And even as women are going to bat for our entire country, more than two million of them have lost their jobs or been forced to leave their profession to school their children and care for their families. Many are less able to care for themselves: According to a report released earlier this month by the Kaiser Family Foundation, more women than men are skipping their health care services and getting sicker as a result.
Yet even in these dark circumstances, women are holding one another up. They are huddling. One need not look far to find them. The bold circle of women who drew up the Marshall Plan for Moms are advocating for direct monthly payments to mothers to compensate them for their unseen, unpaid labor. And women everywhere working on the front lines of our national crisis are becoming especially vocal about the mandate to take care of one another.

I checked back in with nurse Emily Fawcett at Lenox Hill Hospital. I’d interviewed her the very week I got sick, and she shared with me the incredible demands she and other nurses have endured throughout the pandemic. Nurses are what Fawcett called “natural huddlers.” So together they confronted, for example, the day that the hospital oxygen supply ran low and they had to race to every room to switch out oxygen tanks. And the day Fawcett witnessed five patients die alone — without family members allowed in the room.

“Some days I felt so isolated and overwhelmed, but my huddle of close girlfriends truly gave me the strength, courage, love and support to keep going,” Fawcett told me. They gave her daily moral support via group text, and made sure she didn’t have to go to the grocery store a single time for three months, even regularly providing lunch for all 30 of the hospital staff members on her floor at work.

Meanwhile, mothers all over the country have borne the brunt of school closures and domestic caretaking — but in so many cases it did not stop them from helping each other.

Loraya Harrington-Trujillo, a South Orange, New Jersey, mother of two young children was struggling to homeschool her kindergartner, manage a 3-year-old and help her live-in mother care for her father, who suffers from Parkinson’s disease — all while working from home at a full-time job on the leadership team of a startup. It didn’t take long for her situation to become untenable.

“Something had to give, and it couldn’t be my family,” she said.

She made the painful decision to leave her job, knowing how difficult it would be to reenter the job market. “I never expected to be someone who stepped back from my career,” she explained. Like so many other American women, she had no choice.

In Suwanee, Georgia, Shanita Cooper, mother to a 6-year-old, lost her job as a nurse just before the pandemic began when the small home-health-care company where she worked folded. As someone who always “makes a way out of no way,” Cooper poured money and energy into her wedding décor business until she could find another nursing position. But when schools closed, Cooper found herself in an impossible situation. She had to be available all day to help her daughter with virtual homeschooling, which meant she couldn’t possibly take on long nursing shifts. With large gatherings suddenly restricted by the state, her wedding business went under.

“I grew up poor in rural Georgia, the oldest of six children, but this was one of the hardest moments of my life,” she said.

To add insult to injury, she was denied unemployment benefits, due to her status as an independent contractor and because she had submitted her application for assistance during the summer months when school wasn’t in session for her daughter. Devastated and depressed, she found support from the other “mamas” in her circle. “A lot of us had to step away from work. We were all struggling together and helping each other,” she said. “If someone had a job interview, someone else would babysit her kids. If someone needed gas in their car, someone else would give them $20.”

“After reading the Vogue article, so many friends reached out to me and said how unfair and terrible [Cooper’s] story was,” Harrington-Trujillo told me. “I texted them all back and said what are you willing to do to help?” In the days that followed, Harrington-Trujillo rounded up more than 50 people who sent money, news about opportunities, networking connections and moral support to Cooper, allowing her to catch up on bills and renew some of her nursing-related certifications that had lapsed during the time she had been unemployed.

Harrington-Trujillo, who has spent her career working for companies that bolster women and girls, told me that “investing in women will pay tenfold into their communities.” To her point, while she was rounding up support for Cooper, Cooper was busy offering help to other women across her state who shared her frustration with navigating the complicated system for applying for pandemic-related unemployment assistance.

Cooper started a Facebook group to share what she’d learned, answering questions and advising other women who were experiencing similar difficulties. And even though Cooper has yet to receive any much-deserved assistance from the state, she has helped countless other women successfully apply for and receive their benefits.

Of the common ground she found with Cooper, Harrington-Trujillo told me: “We are both beneficiaries of women who have invested in us — through sponsorship, donation and emotional support — and we’ve both been actively reinvesting in others as well.”

This kind of huddling, I learned, is not something we women do only in times of crisis. Huddling is also a part of our legacy — a secret to our success in the workplace, the source of historic changes in society and the place where we derive so much joy.

As I interviewed all the other extraordinary women for my book, they often generously asked me about my own life, career and voice. It was a great blessing but also a painful challenge because I realized I couldn’t hold space with these women and not be as brave as possible in my own life. As dearly as I’ve held onto my platform (and really, dream job) at CNN, I’ll be leaving CNN in a few weeks.

Now that it’s time for me to take a leap, I realize how a year after feeling so terribly vulnerable, I’m now bolstered by — and have drawn courage from — the women across the country who shared their brave stories with me. How inspiring it is to know so many of us have each other’s backs.

Opinion: How much further will fame, spectacle and controversy get Donald Trump?

After a miserable 0-2 start, Cleveland needs to make some moves 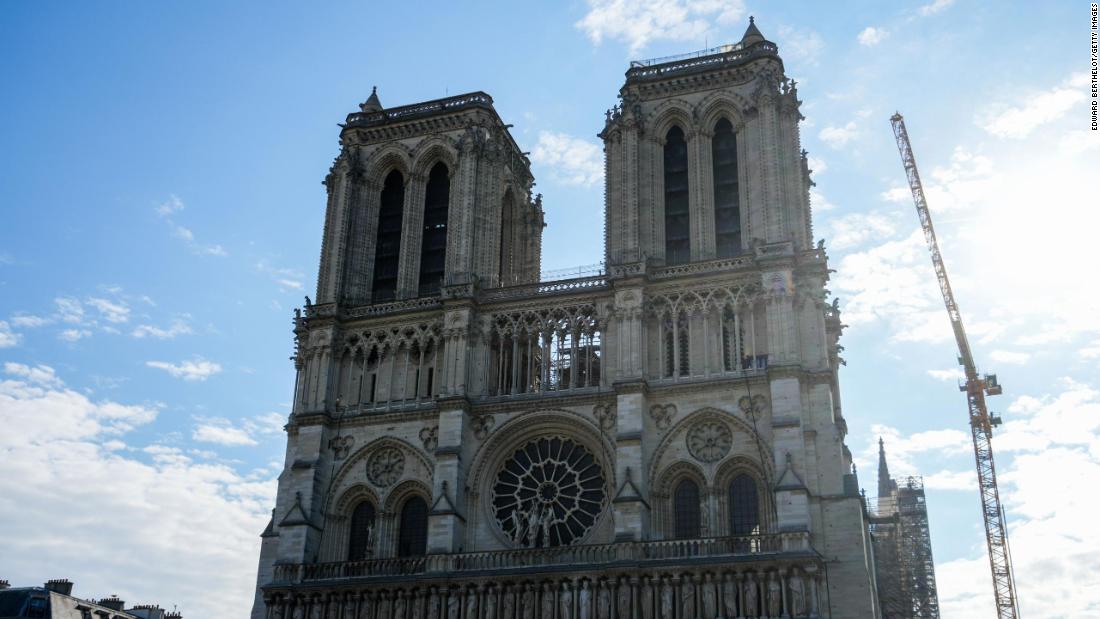 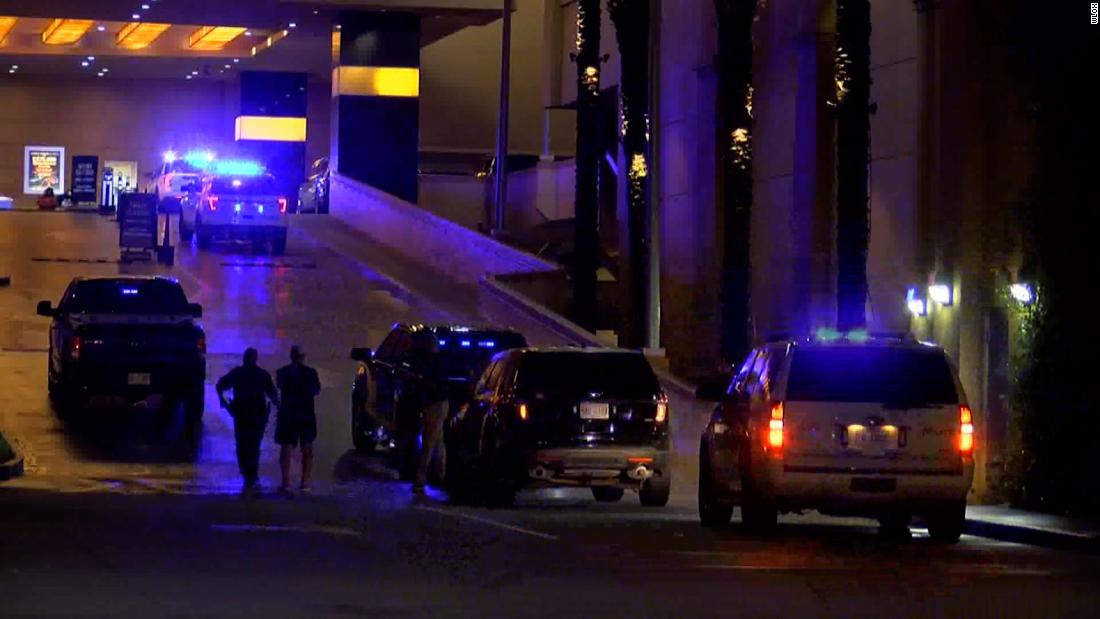 2 hours ago
Check Also
Close
Trump is summoning supporters for a ‘wild’ time on the day the electoral vote will be finalized
December 29, 2020

‘Virgin Red’ loyalty scheme launches and you can earn points on shopping and switching – here’s what you need to know
February 8, 2021