Scores of presidents, prime ministers and foreign ministers are set to ignore an American suggestion to stay home and address the UN General Assembly virtually and will converge on New York City in person this week.

The possibility that the visiting delegations might themselves pose a health threat will be an important reminder that while nations like the United States and major European powers have pushed ahead with vaccinating tens of millions of their people, many smaller, poorer nations, which lack pharmaceutical industries, have not been able to secure or make their own vaccines.

That reality represents the biggest potential stumbling block to ending the pandemic — and preventing even more infectious strains of the coronavirus like the Delta variant from building resistance to existing vaccines.

It will also underscore the world’s failure so far to come up with a unified response to the worst public health crisis in 100 years, which will be at the center of countless speeches by world leaders in the coming two weeks.

While the social side of the UN General Assembly event and bilateral meetings have been pared back, it’s possible that an influx of visitors, many from nations subject to US travel restrictions, could create classic conditions to spread infections and foster global transmission. Although the UN headquarters property is designated as international territory, the delegations will be hosted in a city that now requires proof of vaccination to enter indoor venues like restaurants and gyms. This could potentially open up a new front in Manhattan’s sometimes delicate relationship with foreign envoys witnessed in past spats over motorcades, parking tickets and visits of longtime US foes, like late Libyan and Cuban leaders Muammar Muammar Gadhafi and Fidel Castro, respectively.

“We are concerned about the UN event being a super-spreader event,” Linda Thomas-Greenfield, the permanent US representative to the UN, said Friday. “We need to take all measures to ensure that it does not become a super-spreader event.” All travelers entering the US will have to show proof of a negative Covid-19 test. But the fact that vaccines are so scarce across much of the world raises the possibility that many delegations will be unprotected.

Thomas-Greenfield called on all nations to ensure that “their actions do not lead to jeopardizing the health and safety of the people of New York, of all of the participants here at the United Nations, and that they don’t take COVID back to their home countries.”

Given that this is the UN, high-stakes diplomatic jousts have already erupted with some leaders and nations manipulating the politics of the pandemic on display at UNGA to further political and nationalistic goals back home.

Jair Bolsonaro, who as President of Brazil will fulfill the tradition of delivering the first speech at the meeting, is already promising to flout the world body’s honor system that asks all entrants to the UN chamber to be vaccinated.

“Why do you take a vaccine? To have antibodies, right? My antibodies rate is really high. I can show you the document,” Bolsonaro, who has consistently mocked public health guidelines and himself survived Covid-19, said last week.

Another US antagonist, Russia, has also tried to twist the knife. After its UN ambassador complained about the vaccine requirement, citing unfairness for people with medical conditions or prejudice against vaccines — like Russia’s Sputnik dose, which is not approved by the US Centers of Disease Control and Prevention — New York City Mayor Bill de Blasio lashed out at Moscow.

“If the Russian ambassador is against it, I’m for it. I have no words for Vladimir Putin and everything else that’s come out of Russia,” de Blasio said. “If their vaccine isn’t good enough then they should go and use one of the other vaccines. That’s what we’re making available.” The city is offering Covid-19 vaccination at the UN headquarters for those who want it.

Given the current controversy over vaccine mandates in the US, Joe Biden might wish for a diversion from the politics of Covid-19 at UNGA, where he will have his first chance as President to lay out his core foreign policy principles in the UN chamber before a global audience. His decision to attend the event, after his administration suggested other nations might give it a pass for health reasons, is in itself a nod to the reality that after months of lockdowns, many leaders are missing the chance to strut the global stage.

Biden’s appearance also could be overshadowed by other controversies. A speech that is expected to include claims that he restored US alliances after the chaos of the Trump administration will take place in the middle of a fierce tiff with America’s oldest ally — France. Paris is incandescent that the US and Britain went behind its back to seal a strategic alliance with Australia that led to the cancellation of its deal with Canberra to build diesel-powered submarines. And Biden’s claims to have restored foreign policy expertise to the White House are being undercut by the chaotic withdrawal from Afghanistan, which only looks worse after the US military admitted on Friday it mistakenly killed at least 10 Afghan civilians, including children, in what it initially insisted was an attempt to prevent a suicide bomber reaching Kabul airport.

The split between the rich and all the rest on vaccines

The US first suggested that world leaders “should consider” giving their speeches virtually in a diplomatic note in August sent by Thomas-Greenfield. She also said that the CDC recommended mandatory mask use in UN headquarters, proof of negative status for Covid-19 to get into the building and, if possible, proof of vaccination.

“The United States needs to make clear our call, as the Host Country, for all UN- hosted meetings and side events, beyond the General Debate, to be fully virtual,” Thomas-Greenfield wrote. The ambassador plans to get a Covid-19 test on Monday at the testing and vaccination van that the US has set up outside UN headquarters for the delegations.

Seventy-two heads of state and 30 heads of government are expected to attend the UNGA in person, according to the latest UN list of attendees last week. British Prime Minister Boris Johnson, who is working to coordinate the UN climate summit in Glasgow, Scotland, in November will attend. But French President Emmanuel Macron, Chinese President Xi Jinping and Putin are not expected to travel to New York. Neither is Iran’s new President Ebrahim Raisi, who is expected to deliver a virtual address.

The politics of the pandemic are set to dominate the speeches of world leaders over the next few weeks in the vast General Assembly Hall.

Jeff Zients, White House coronavirus response coordinator, stressed last week that the US has purchased 500 million doses of Covid-19 vaccinations from Pfizer to donate to countries “that are most in need.” Biden is expected to use his address to the UNGA on Tuesday to urge wealthier nations to do more to help less well-off countries vaccinate their populations. The White House insists that it is possible for the US to offer booster shots to its people while still helping the rest of the world. But the statistics related to global vaccinations make a damning case.

According to CNN research, at least 217 countries and territories have administered more than 5 billion doses of a Covid-19 vaccine.

While wealthier nations, many in the Northern Hemisphere, have made strides in vaccinating their populations — even in places like the United States where there is significant political resistance to inoculations — much of the world is still defenseless against the virus. While states like Israel, Singapore and Portugal have administered more than 150 doses per 100 people, countries like Ethiopia, Somalia and Cameroon have administered fewer than five doses per 100 people.

“The international community was not able to come together in relation to the cause,” Guterres said in an interview with CNN’s Fareed Zakaria broadcast on “GPS” Sunday. “We have this absolutely unacceptable situation, in which a country like mine that was very successful has 80% of the population vaccinated,” Guterres, who is Portuguese, said. “We have countries in Africa with less than 2%.”

The question of access to vaccines for developing countries will be especially acute this week since nations like the United States have begun to move ahead with administering booster shots for people who are already fully vaccinated. The US Food and Drug Administration on Friday voted to recommend emergency use authorization of Pfizer’s booster shot six months after full vaccination in Americans 65 and older as well as those at high risk of severe Covid-19, but not in the general population of people 16 and older.

The delicate path that Biden has to walk on vaccine politics is only one example of the testing issues he will confront when he makes his presidential debut at what will be a highly unusual UNGA. 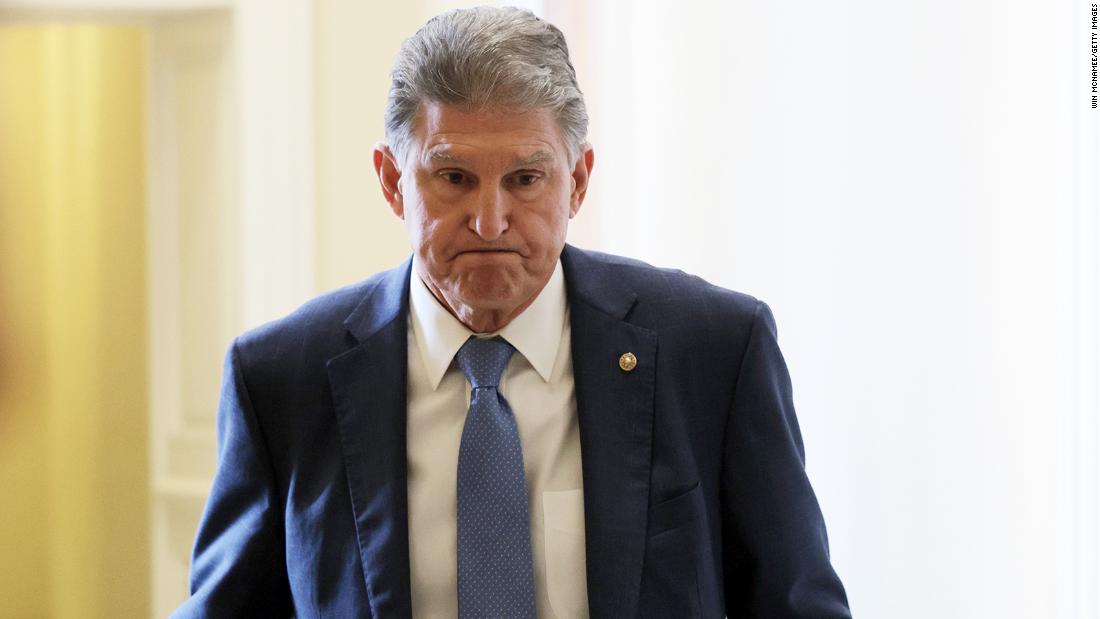 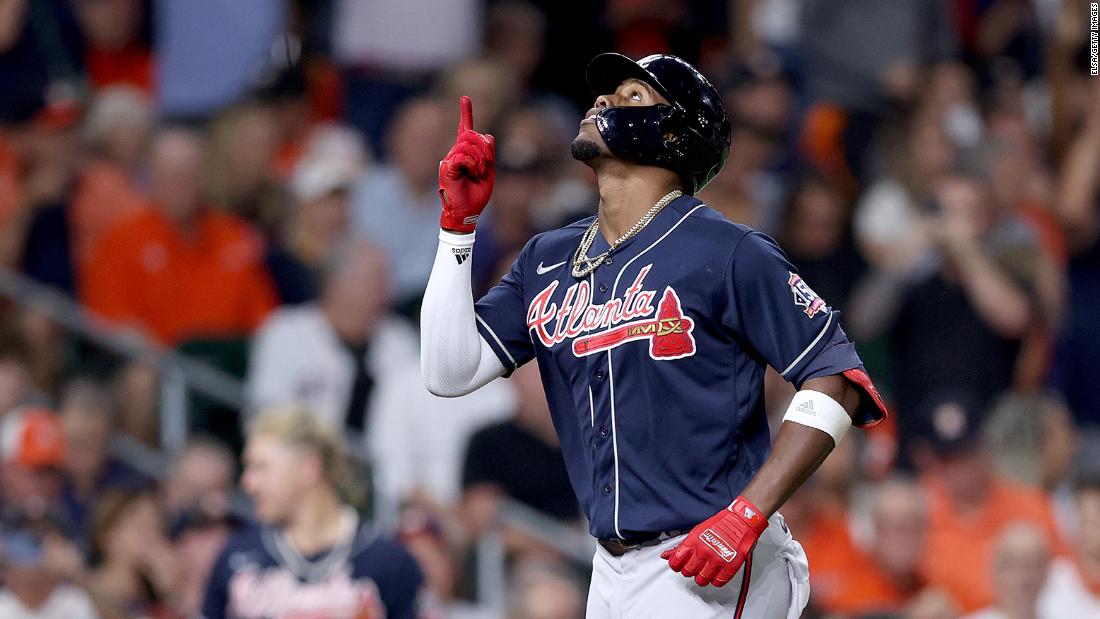 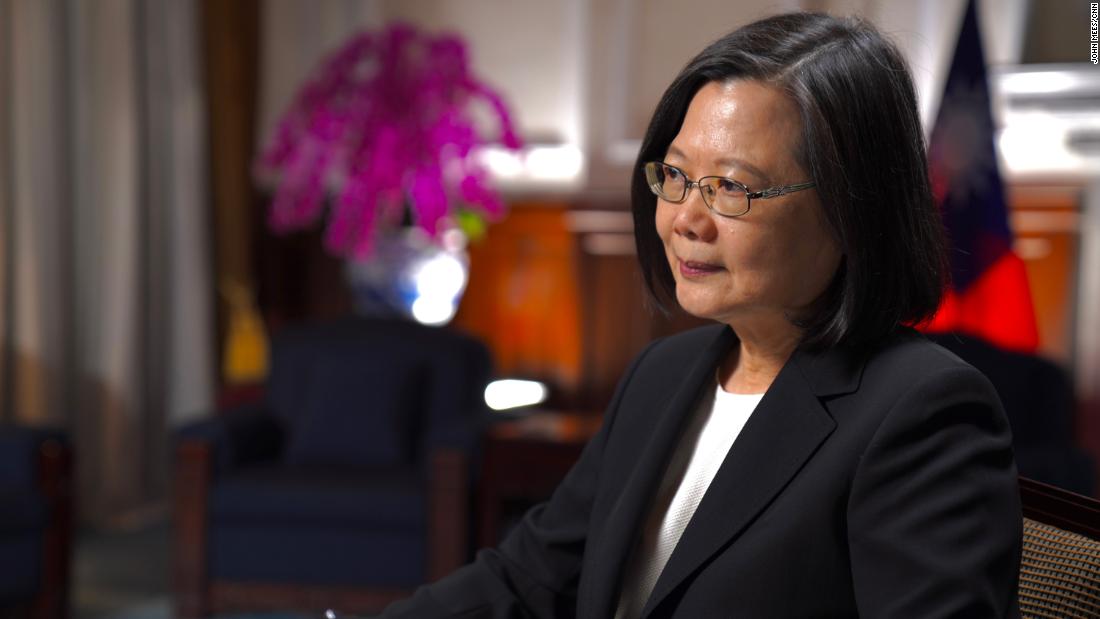 How to Lose Man Boobs in 30 Days