Souza spoke to investigators Friday, according to the affidavit released by the Santa Fe County Sheriff’s Office on Sunday.

Souza told them Baldwin was “sitting in a pew in a church building setting, and he was practicing a cross draw,” the affidavit said. A cross draw is when a shooter pulls the weapon from a holster on the opposite side of the body from the draw hand.

Souza was looking over Hutchins’ shoulder “when he heard what sounded like a whip and then loud pop,” according to the affidavit.

Souza recalled Hutchins “complaining about her stomach and grabbing her midsection” after the shot was fired, the document said.

Investigators also talked with camera operator Reid Russell, who was standing next to Souza and Hutchins at the time of the incident, the affidavit said.

Russell recalled Hutchins “saying she couldn’t feel her legs” and medics treating her as she was bleeding on the floor, investigators said.

Both Souza and Russell acknowledged difficulties on set that day because of a walkout of some members of the camera department over payment and housing. Due to the labor problems, Souza said, they had only one camera available to use that day, and it was not recording at the time of the incident.

Souza also confirmed to an investigator that he heard the term “cold gun” on set, meaning the firearm should have been empty.

According to the warrant, Souza said three people had been handling the firearms for scenes — they were checked by the armorer and first assistant director and then given to the actor using them.

The investigator said Souza was unaware of anyone on set being checked to see whether they had live ammunition on them before or after the scenes were filmed.

“The only thing checked are the firearms to avoid live ammunition being in them. Joel (Souza) stated there should never be live rounds whatsoever near or around the scene,” the affidavit said.

Souza’s representatives have not returned CNN’s requests for comment.

According to the affidavit, Russell told investigators Baldwin was “trying to explain how he was going to draw out the firearm and where his arm would be at when the firearm was pulled from the holster.”

Russell “was not sure why the firearm was discharged and just remembered the loud bang from the firearm,” the affidavit says.

When asked how Baldwin handled the firearm, Russell told investigators the actor “had been very careful” and recalled an earlier instance when Baldwin “made sure it was safe and that a child wasn’t near him when they were discharging a firearm during that scene.”

The search warrant sought to recover any footage, video cameras, computer equipment and memory cards used by cameras on the set.

No charges have been filed. The Santa Fe County Sheriff’s Office says it will discuss the case further in a news conference Wednesday.

Assistant director was subject of complaints

According to an earlier search warrant affidavit, the film’s assistant director, David Halls, handed the prop gun to Baldwin before the shooting and yelled “cold gun.”

Baldwin was handed one of three prop guns that were set up in a cart by an armorer for the movie and Halls did not know there were live rounds in the gun, the affidavit said.

Halls had been the subject of complaints over safety and his behavior on set during two productions in 2019, two people who worked closely with him told CNN.

The complaints against Halls include a disregard for safety protocols for weapons and pyrotechnics use, blocked fire lanes and exits, and instances of inappropriately sexual behavior in the workplace.

Maggie Goll, an IATSE Local 44 prop maker and licensed pyrotechnician, said in a statement to CNN that while working on Hulu’s “Into the Dark” Anthology Series in February and May of 2019, Halls neglected to hold safety meetings and consistently failed to announce the presence of a firearm on set to the crew, as is protocol.

Halls did not respond to CNN’s request for comment about Goll’s allegations against him.

On the set of the film “Freedom’s Path,” also in 2019, Halls was serving as assistant director, when a gun “unexpectedly discharged” on set, causing a sound crew member to recoil from the blast and halting production, the production company Rocket Soul Studios told CNN on Monday.

The sound crew member was evacuated by an on-set medic and advised to seek medical treatment. The crew member returned to the production a few days later, Rocket Soul Studios said.

Following the incident, Halls was removed from the set and fired from the production, the company said.

“Dave was very remorseful for the events, and understood the reasons he was being terminated,” Rocket Soul Studios said. “A new assistant director as well as a new armorer were hired for the duration of principal photography.”

Halls could not be reached for comment on the incident.

Three crew members, who did not wish to be identified for fear of industry reprisal, said they were concerned for the safety of crew and cast members on set even before the incident.

One crew member said in the moments before the accidental discharge, the gun was announced as a “no fire” or “cold weapon” for the scene. A second crew member said they asked multiple times whether the gun was cleared for use in the shot and didn’t receive a clear answer.

All three said the production did not hold regular safety meetings.

“He was a person with enough red flags that his career should have been done with already. Yet he was still out there putting crew into outrageous situations. It’s tough to think that Halyna could have just as well been one of our crews,” one of them said.

Gun safety on the set of ‘Rust’

The armorer who prepared the prop gun used by Baldwin on Thursday was identified in the search warrant documents as Hannah Gutierrez. She had recently finished work on her first project as head armorer, she said in a September podcast interview.

“I was really nervous about it at first,” Gutierrez said of working as head armorer on the set of the movie “The Old Way,” starring Nicolas Cage.

“I almost didn’t take the job because I wasn’t sure if I was ready, but doing it, like it went really smoothly,” she said in an interview on the “Voices of the West” podcast, which is dedicated to the Old West.

Her work as armorer ranges from teaching actors how to wear a gun belt to aiming and shooting, she said.

There were at least two accidental prop gun discharges on the set in the days before the fatal shooting, according to multiple news reports.

The discharges occurred on October 16, when crew members accidentally fired two rounds after being told the gun was “cold,” the Los Angeles Times reported, citing two crew members who reportedly witnessed the incident. It was not known whether the discharges included live rounds. No one was injured in the accidental discharges, The Wall Street Journal reported.

The movie’s producers said in a statement Friday they was not aware of prop safety issues before the fatal shooting.

“The safety of our cast and crew is the top priority of Rust Productions and everyone associated with the company. Though we were not made aware of any official complaints concerning weapon or prop safety on set, we will be conducting an internal review of our procedures while production is shut down. We will continue to cooperate with the Santa Fe authorities in their investigation and offer mental health services to the cast and crew during this tragic time,” Rust Movie Productions LLC said. 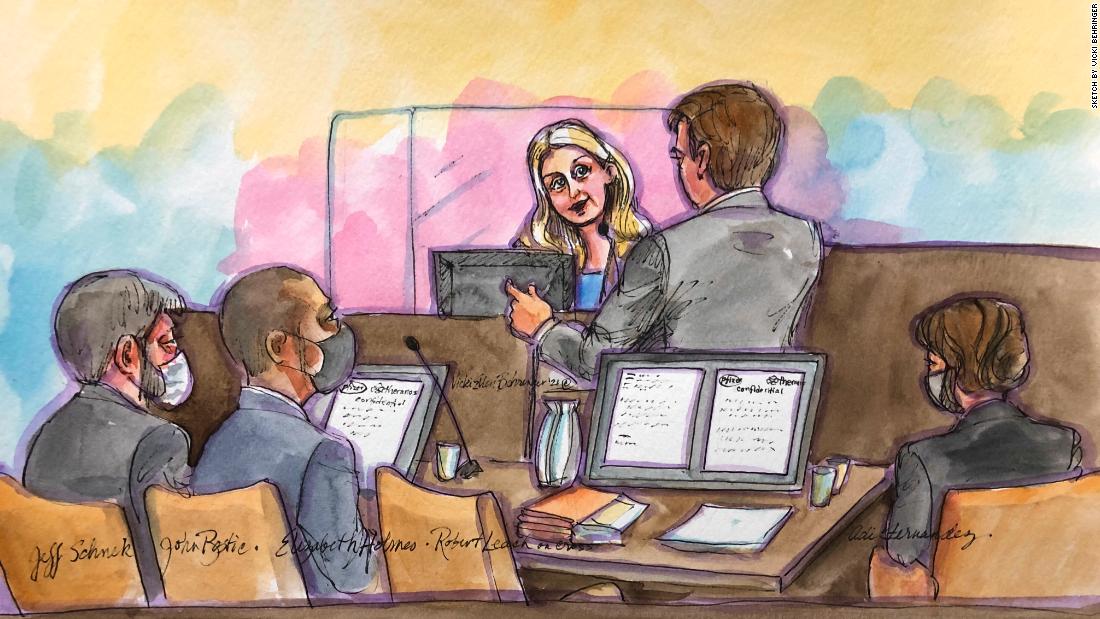 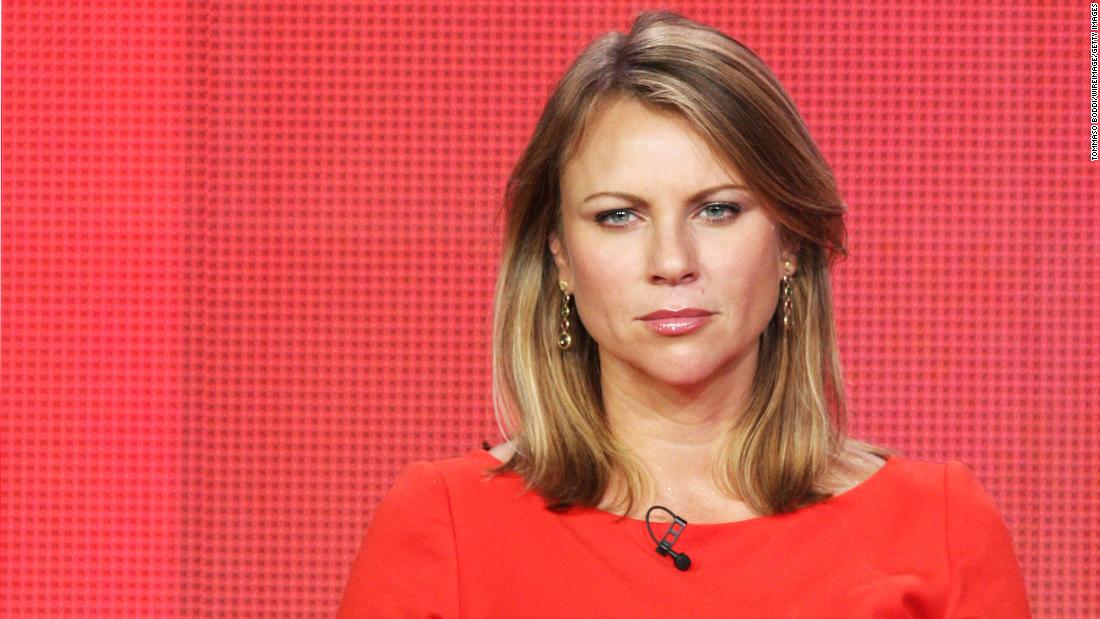