The NFL season ended Sunday night — meaning everyone is now officially looking ahead to 2021.

The draft will be held April 29-May 1. Certainly, things will change before then — players will be cut, perhaps traded and other signed.

How much more will draftniks know, though? The Senior Bowl was held but the NFL combine and pro days will be virtual events or lightly attended gatherings.

With all that in mind, we present our first look at mock drafts concerning the Green Bay Packers. We’ll continue to provide mock draft roundup updates sporadically leading up to the draft and see how much things change.

As usual, there’s no unanimous choice on which direction the Packers might go in the first round. And in this case it really is varied, as only four players were mentioned more than once by the mocks we listed.

Most mock drafts only tackle the first round, but if there’s more (yes, some do the full seven rounds), we’ve noted it and included all the picks, too, of course. Side note: Green Bay has no extra picks – yet. That will change once the NFL announces its compensatory picks.

Here’s our initial roundup of mock drafts from around the web:

Chad Reuter of NFL.com (3 rounds): Round 1 — Ifeatu Melifonwu, CB, Syracuse. “The Packers had one of the best offenses in the NFL despite not drafting a receiver last year, so let’s assume they stick with that approach and instead try to find a physical, long corner to replace probable free-agent loss Kevin King.”; Round 2 – Elijah Molden, CB, Washington; Round 3 – Elijah Moore, WR, Ole Miss.

Eric Edholm of Yahoo Sports: Ifeatu Melifonwu, CB, Syracuse. “The Packers have a knack for irritating their fans with their recent first-round picks, often deviating from the most clear, obvious void on the roster. But in this case, it would make sense for the Packers to review the tape of their playoff loss and realize how big a need this position would be. Melifonwu has the size (nearly 6-foot-3 and nearly 215 pounds) to be a natural Kevin King replacement and lock down a starting job outside. If the Packers are going to be more of a zone-heavy defense under Joe Barry, then adding a Seattle-style corner makes a lot of sense.”

Vinnie Iyer of the Sporting News: Kadarius Toney, WR, Florida. “The Packers got plenty of big plays from Allen Lazard and Marques Valdez-Scantling to complement Davante Adams, but they have a clear need for a high-level dedicated slot receiver with Jarvis Landry-like potential to better work the middle of the field for Aaron Rodgers. Toney is dynamic after the catch and also has some middle of the field-stretching ability.”

Dane Brugler of The Athletic ($): Eric Stokes, CB, Georgia. “Although he is still discovering his potential at the position, Stokes is an intriguing prospect because he has length, ball awareness and he is one of the fastest players in this draft class. He checks a lot of boxes at a position of need for the Packers.”

Ryan Wilson of CBSSports.com: Rondale Moore, WR, Purdue. “The Packers have neglected the position for long enough. And while Aaron Rodgers almost convinced us that all he needs is Davante Adams, the NFC Championship Game reinforced that Green Bay needs a legit No. 2 WR and Moore offers that and then some.”

Josh Edwards of CBSSports.com: Kadarius Toney, WR, Florida. “Perhaps I am naïve to think that Green Bay would add a wide receiver in the first round considering it has not happened since Javon Walker in 2002, but this season spotlighted the Packers’ need for consistent play at the position. They need a Randall Cobb-type to take the pressure off of Davante Adams like Cobb did for Jordy Nelson. Kadarius Toney is a speed merchant that can be deployed in a variety of capacities.”

Bucky Brooks of NFL.com: Jaylen Mayfield, OL, Michigan. “The Packers’ lack of depth on the front line was exposed during the playoffs. Mayfield is a natural right tackle with the potential to play inside or outside at the next level.”

Lance Zierlein of NFL.com: Landon Dickerson, OL, Alabama. “This could be a perfect fit thanks to Dickerson’s ability to play guard or center. However, the number of career injuries are mounting (suffered season-ending ligament damage in December), and his medicals will be a focus. Great leader and great fit if healthy.”

Dan Kadar of the Akron Beacon Journal: Rashod Bateman, WR, Minnesota. “It was tempting to go with Georgia cornerback Eric Stokes here, but the running wide receiver joke has to end for the Packers at some point. Doesn’t it? Aaron Rodgers was the MVP of the league with Davante Adams and a subpar group of receivers beyond him. Just imagine what Rodgers could do with the addition of Bateman, a big receiver with good hands and good enough speed.”

Michael Renner of Pro Football Focus: Rondale Moore, WR, Purdue. “Moore is not only a chess piece that Matt LaFleur could deploy in a varied role in his offense, but he is also a far more gifted natural receiver than he’s given credit for. He’d give the Packers offense another guy they could trust to beat press coverage.”

Matt Williamson of Pro Football Network: Tyson Campbell, CB, Georgia. “Aaron Rodgers probably would have voted for Rashod Bateman here. Still, cornerback is really the bigger need, as we all saw when the Packers were eliminated from the playoffs by Tampa Bay. This is a deep wide receiver draft, so that should be addressed on the second day of the draft.”

Walter Cherepinsky of WalterFootball.com (5 rounds): Round 1 – Terrance Marshall Jr., WR, LSU. “The Packers seemed to forget that they had a big need at receiver in the 2020 NFL Draft. Perhaps they’ll find an upgrade for Jordan Love in this class. Terrace Marshall has nice size (6-3, 200), speed and route-running ability.”; Round 2 – Dayo Odeyingbo, DL, Vanderbilt; Round 3 – Dan Moore, OT, Texas A&M; Round 4 – Camryn Bynum, CB, California; Round 5 – Amari Rodgers, WR, Clemson.

Kyle Crabbs of The Draft Network (2 rounds): Round 1 — Teven Jenkins, OT, Oklahoma State. “I would really love to give the Packers a wide receiver here except, well, they never actually take them here. So instead, Teven Jenkins of Oklahoma State is the pick. He can pair with David Bakhtiari to give the Packers a talented pair of tackles to help keep Aaron Rodgers (who isn’t going anywhere) upright and scorching opposing defenses.”; Round 2 – Amon-Ra St. Brown, WR, USC.

Home prices went up all over the country 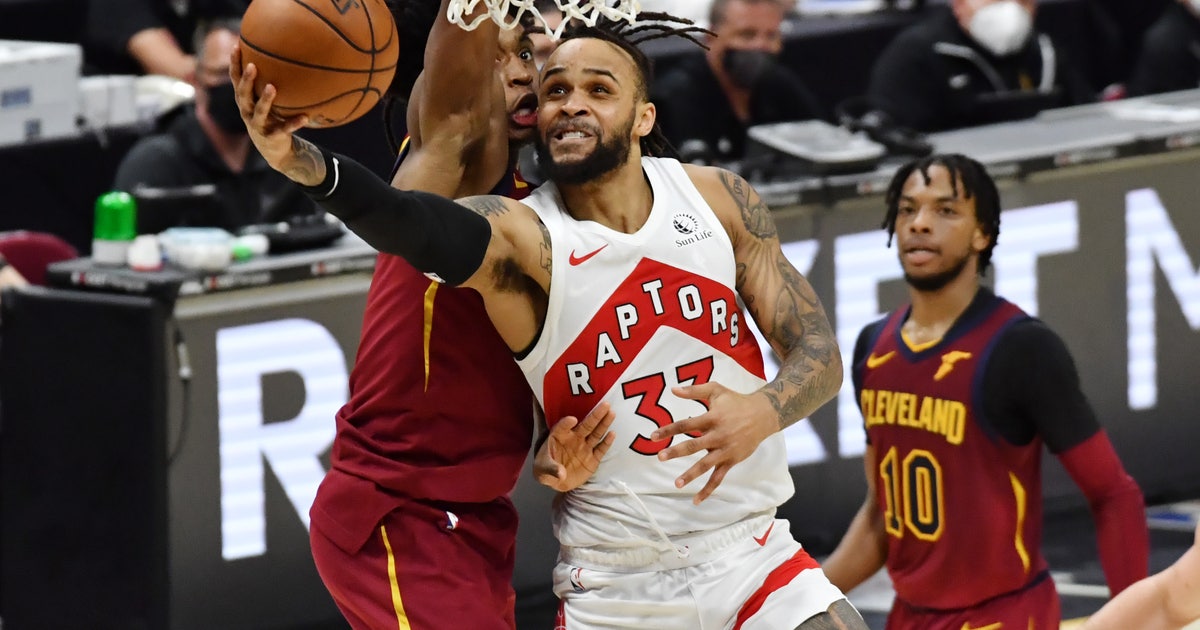 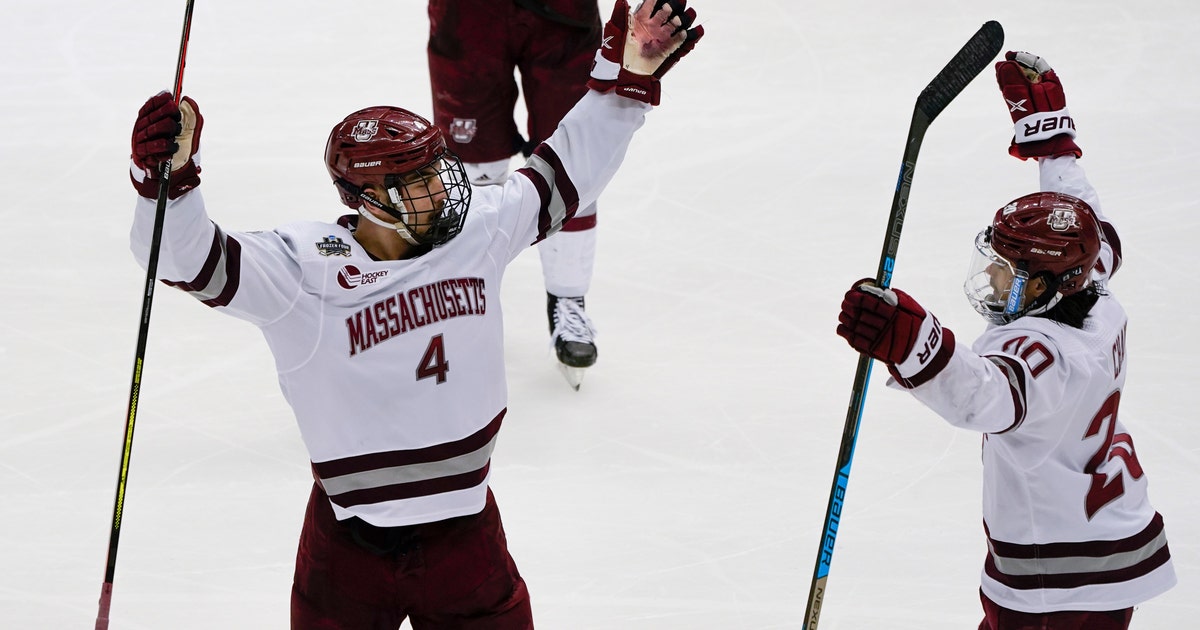 Analysis: Why Trump needs more than a 2016 polling miss to win

The Diabetes Breakthrough Your Doctor Won’t Tell You About
February 17, 2021

The Diabetes Breakthrough Your Doctor Won’t Tell You About

INTERVIEW: Tier’s Latest Collection Is An Ode To Black Joy, Black Beauty, And The Power Of The Black Dollar
February 23, 2021

INTERVIEW: Tier’s Latest Collection Is An Ode To Black Joy, Black Beauty, And The Power Of The Black Dollar