What a waste. On Thursday, the New York State Department of Health (NYSDOH) announced that they had found poliovirus in wastewater samples from two counties, Orange County and Rockland County, in June and July. This water polio announcement came two weeks after the NYSDOH had announced on July 21 that an unvaccinated adult in Rockland County had gotten infected with the poliovirus and as a result became paralyzed. If you are wondering, “hmmm, polio, I don’t get it,” that’s because the U.S. was declared polio-free in 1979. That declaration came after years of public health efforts to get the U.S. population vaccinated against this dangerous and potentially deadly virus. Yet, such reappearance of the poliovirus in New York raises more concerns that continuing anti-vaccination campaigns may be setting our country back many decades and laying to waste all the hard work that had gotten the U.S. polio-free in the first place.

This Rockland County case was the first confirmed polio case in New York state since 1990 and the first confirmed one in all of the U.S. since 2013. Those previous cases were travelers who had gotten infected abroad. Finding the virus in wastewater in various locations in two different New York state counties makes this a more poopy situation in more ways than one. It suggests that people have been pooping out the virus with an emphasis on the word “people,” as in more than one person. It’s probably unlikely that one person infected with the polio virus has been toilet hopping in New York state, running around using different random toilets in the two counties. According to the NYSDOH announcement, finding the virus now in three wastewater samples from Rockland County and four samples from Orange County provides “further evidence of local—not international—transmission of a polio virus that can cause paralysis and potential community spread.” In other words, the virus could be spreading in the U.S. once again.

And here’s another thing that may get you to fall off of your stool. In a statement, New York State Health Commissioner Dr. Mary T. Bassett warned, “Based on earlier polio outbreaks, New Yorkers should know that for every one case of paralytic polio observed, there may be hundreds of other people infected.” Here’s a tweet from the NYSODH with this quote:

This one-to-hundreds estimate comes from the observation that about 72 out of every hundred people who are infected with the virus won’t end up having any visible symptoms, according to the Centers for Disease Control and Prevention (CDC). And about 25 out of every hundred will only have two to five days of flu-like symptoms such as fever, sore throat, fatigue, nausea, headache, and stomach pain. You can imagine that most people having such flu-like symptoms won’t automatically say, “OMG, I may have polio” and go see a doctor to get diagnosed.

Thus, this very contagious virus could be spreading among the New York state population rather silently already. The virus spread primarily through the fecal-oral route, which basically means poop-to-mouth. The virus can inhabit your gastrointestinal tract and thus be shed into your stool. If you claim that you don’t typically put poop in your mouth, you’d be wrong, wrong like a bedroom gong. People are often pretty darn bad about washing their hands after making a deposit in the toilet. When there is stool still on their hands, anything that they may touch, poop there is.

As you can see it the tweet above, Bassett also said, “Coupled with the latest wastewater findings, the Department is treating the single case of polio as just the tip of the iceberg of much greater potential spread. As we learn more, what we do know is clear: the danger of polio is present in New York today.”

With poliovirus, the biggest concern, of course, is the one out of hundred or so people who end up having very serious problems with their brain or spinal cord or both such as abnormal sensations, meningitis, or paralysis, which is weakness or the inability to move the arms, legs, or other parts of the body. Such problems can be life-threatening, especially when the paralysis affects muscles that help you move air in and out of your lungs. After all, breathing in such a manner is sort of important unless you happen to be a ficus plant.

Before you start loading up on supplements, ivermectin, or anything else that you think will protect you against the poliovirus or help treat polio, keep in mind that there is no cure for polio. The best protection against polio is to get the inactivated poliovirus vaccine (IPV), which can offers around 99% protection if you have gotten all the recommended doses. In theory, if you are or were a child in the U.S., you should have already gotten vaccinated against polio, because it is one of the required vaccination for school-aged children. Yet, as of August 1, 2022, the polio vaccination rate was only 60.34 percent in Rockland County and only 58.68 percent in Orange County, based on New York state records. Both of these were significantly lower than the statewide average of 78.96 percent. Gee, wonder why the case of paralytic polio happened to appear in Rockland County and poliovirus was found in both Rockland and Orange Counties.

Bassett urged everyone who hasn’t been vaccinated against polio to do so:

The NYSDOH announcement included the following statement from Orange County Health Commissioner Irina Gelman MPH DPM, PhD as well: “It is concerning that polio, a disease that has been largely eradicated through vaccination, is now circulating in our community, especially given the low rates of vaccination for this debilitating disease in certain areas of our County. I urge all unvaccinated Orange County residents to get vaccinated as soon as medically feasible.”

Concerning indeed. Getting the U.S. polio-free in 1979 was a major public health achievement. As the CDC describes, in the late 1940s, each year, polio would leave on average more than 35,000 people disabled in the U.S., many of them children, and parents afraid of allowing their kids go outside, particularly during the summer when virus activity was highest. The development and roll-out of the oral polio vaccine (OPV) and IPV in the 1950s and 1960’s changed all that. And now people not getting polio vaccine threatens to reverse all the progress that was made. What a waste.

Good news: Making your own Choco Taco is totally possible 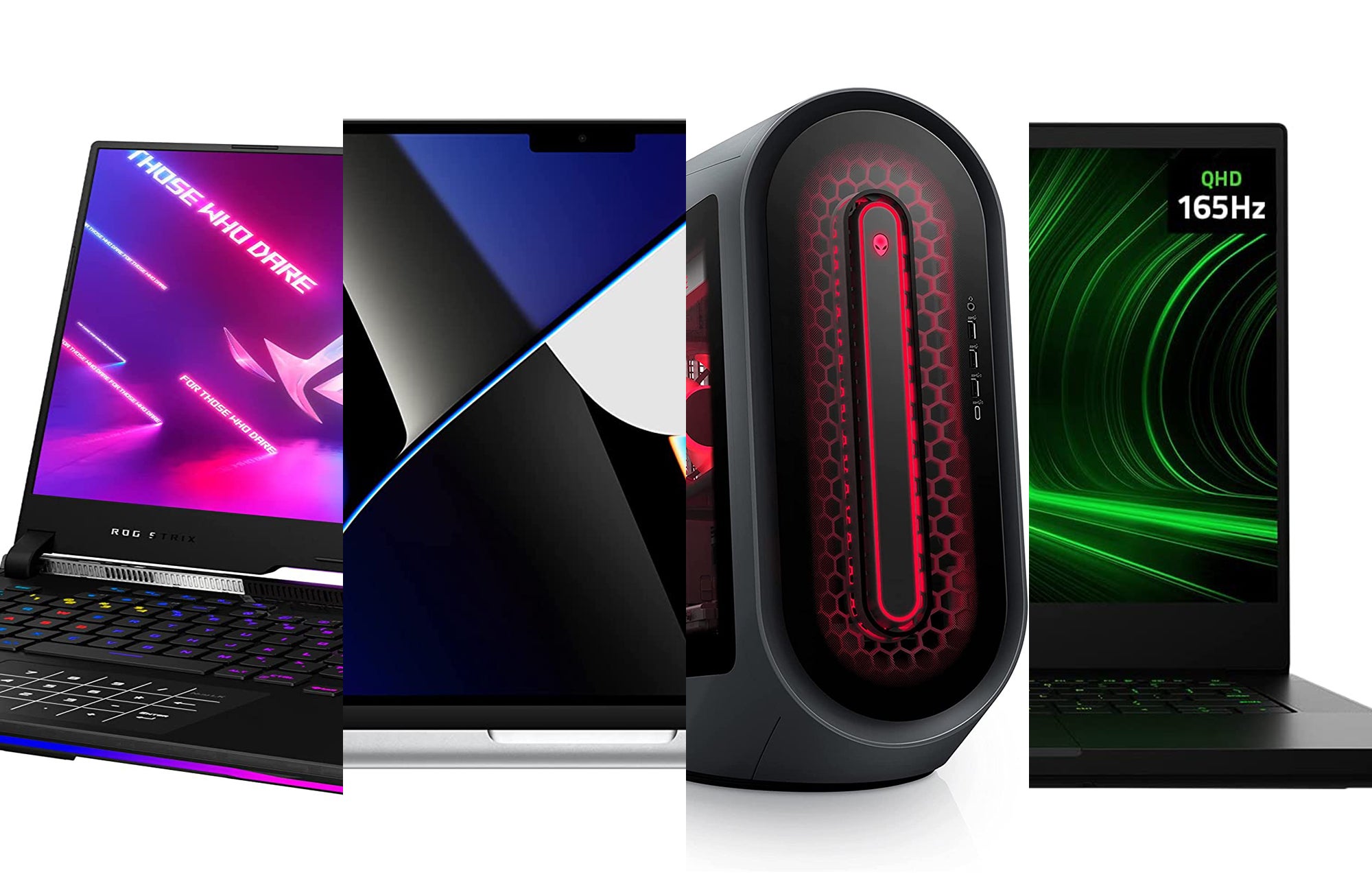 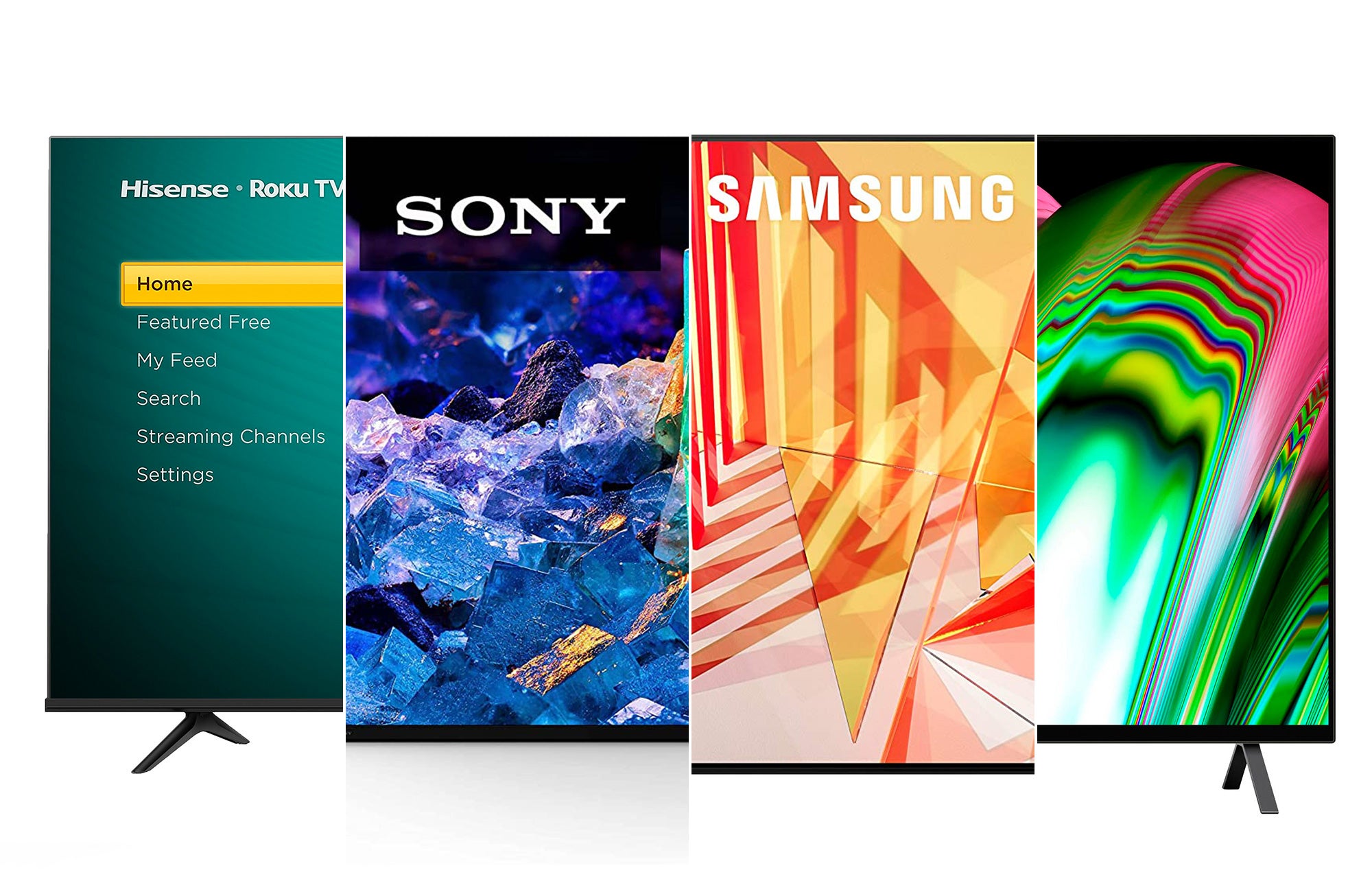 These 60+ Black Friday TV deals can upgrade your viewing experience 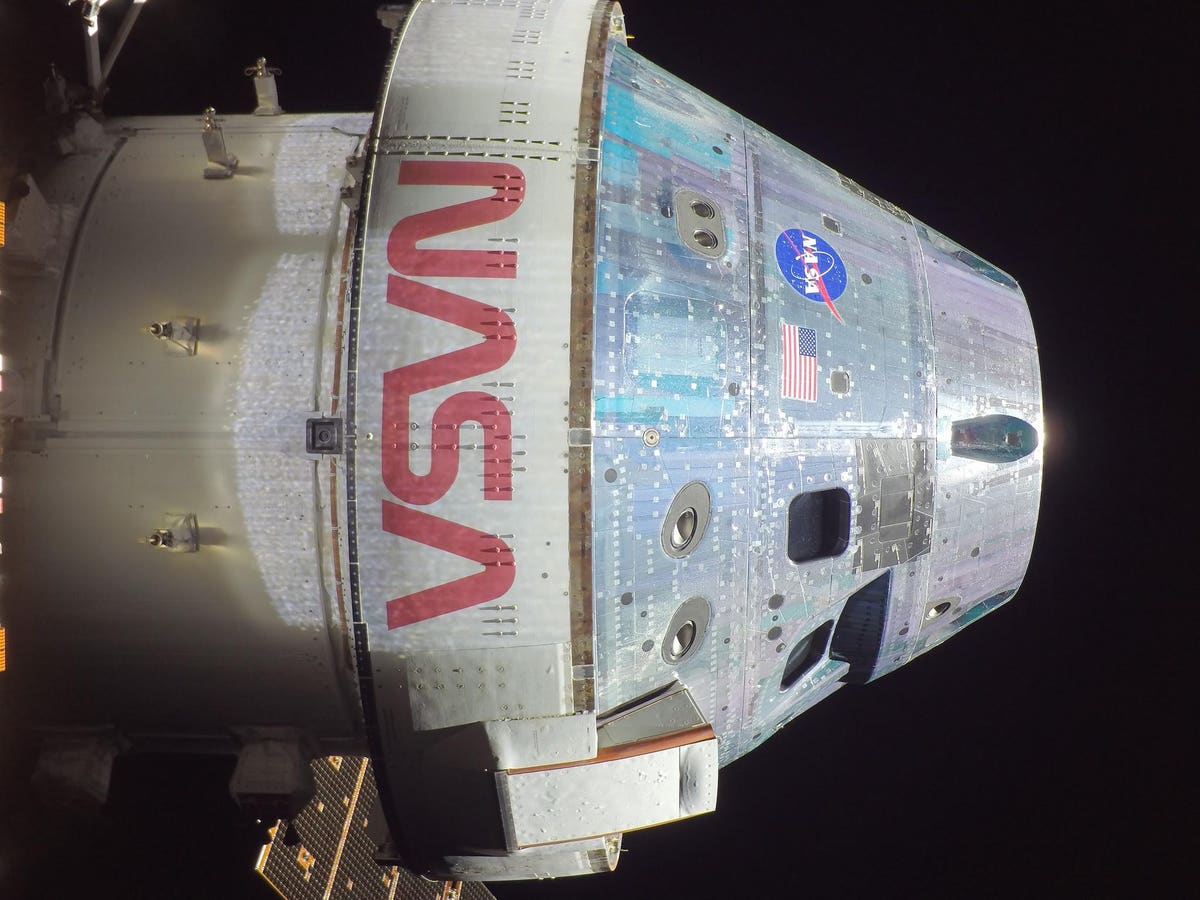 In Photos: NASA’s Orion SpaceCraft Sends Back New Images Of The Moon As It Heads For The Unknown 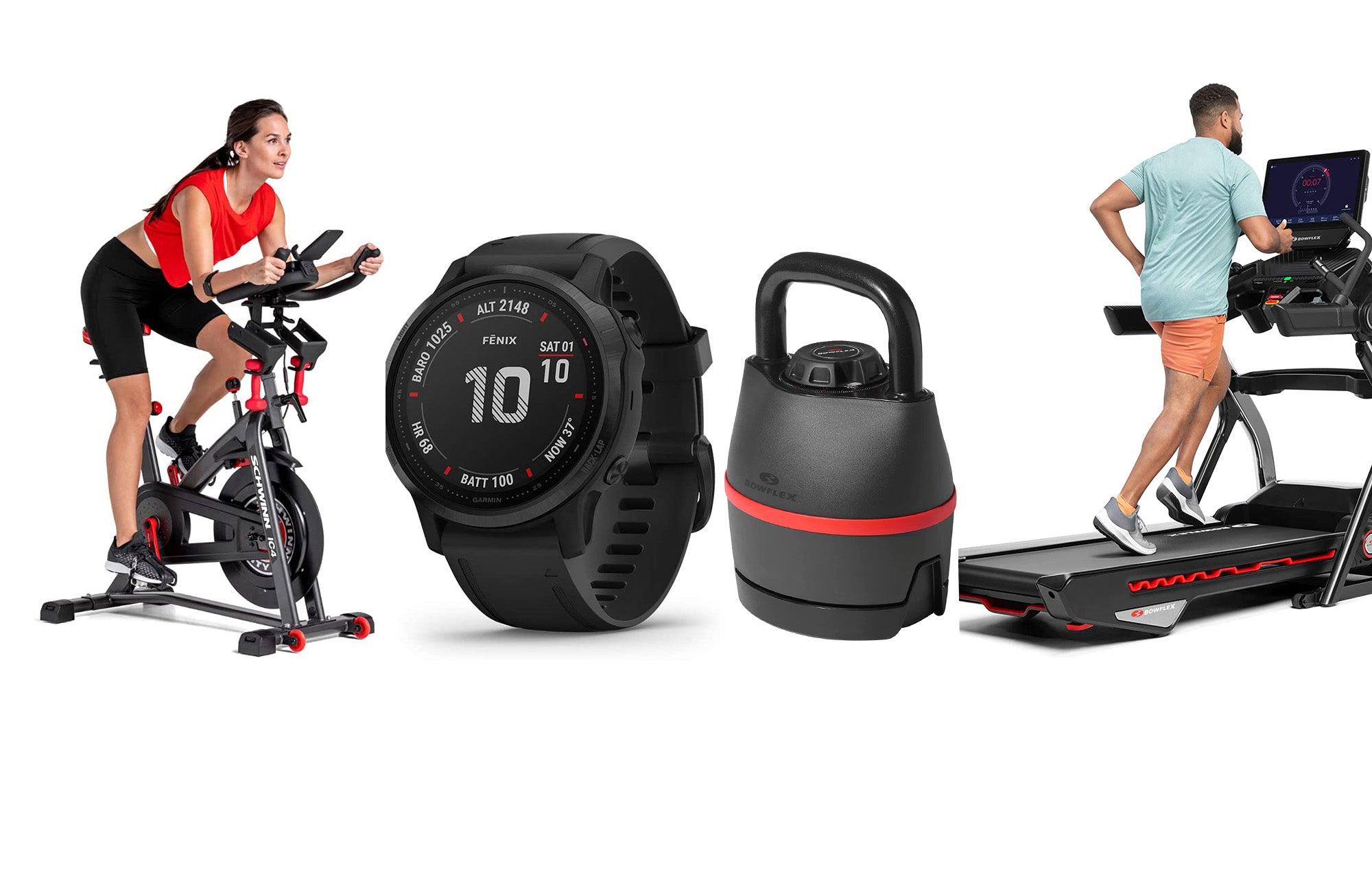 Get sweaty with these 40+ Black Friday fitness deals