Evidence that the riot was planned far in advance came from a whistleblower who contacted the FBI as far back as Dec. 20 to inform them that Trump supporters were chatting online about how to sneak guns into Washington, “overrun” police and arrest members of Congress. The whistleblower added that those online were under the delusion that they had “orders from the President” and used code words to plan what weapons to bring and where to meet across the nation to caravan into the city for the event—even targeting Sen. Mitt Romney.

Analysis from the Post points to several agencies being too focused on outside threats such as middle east terrorist plots post 9/11,  versus our own domestic-grown terrorists… despite the barrage of information flowing in.

In the months following Trump’s epic loss to President Joe Biden, he was on a rampage, detailing conspiracies about broken voting machines, and rigged elections, even calling states such as Georgia to try to strongarm the governor into overturning the results. And as the Post points out, when all of that failed, Trump began focusing his energy on Jan. 6.

In rally after rally after rally, Trump stirred the pot, coaxing his followers to show up in D.C., face down Congress, and focus their ire on Vice President Pence. He fomented his base to the point that there was really nowhere else to go except to make “Congress itself” the target, according to analysts.

Trump and his supporters were desperate, and without the U.S. Capitol Police or Secret Service in place due to pathetic planning, the only way to help stop the mob was to call in the National Guard. But, as the Post reports, the military was hesitant to step in, frightened by an erratic president who just months earlier had used the National Guard to break up a peaceful Black Lives Matter protest to hold a bible upsidedown for a photo-op. Equaling an hours-long wait from the National Guard to help quell the chaos in the Capitol.

As the fight to uncover the truth behind Jan. 6 continues, a recent poll shows that not only has not much changed since the infamous day but in fact, it’s gotten worse.

A poll released Monday by the Public Religion Research Institute shows that even after the shocking display at the Capitol, a large number of Republicans—30%—believe “true American patriots may have to resort to violence in order to save our country.”

There were many folks who tried to alert the various agencies about a possible insurrection, but warnings fell on deaf ears.

The Post reports that Donell Harvin, head of intelligence at D.C.’s homeland security office called his counterpart in Northern California, Mike Sena, four days before Jan. 6. Sena organized a call with the nation’s regional homeland security offices, and from coast to coast, offices were receiving alerts. And the hour, date, and location of concerns were the same: 1 p.m., the U.S. Capitol, Jan. 6—but nothing was done.

Trump allowed 140 members of law enforcement to be injured when his supporters stormed the Capitol. Over 691 people have been arrested and charged with crimes stemming from the insurrection, and five people died.

Two hours into the breach, GOP House Minority Leader Kevin McCarthy called Trump, begging him to stop the riot.  “You have to denounce this,” McCarthy said. Trump alleged the mob was members of Antifa. McCarthy corrected him, telling him they were his supporters.

“You know what I see, Kevin? I see people who are more upset about the election than you are. They like Trump more than you do,” the president replied.

McCarthy told the president, “Yes they are, they just came through my windows and my staff is running for cover. Yeah, they’re your people. Call them off.”

The U.S. Capitol was breached at around 2:00 p.m., and it wasn’t back in the hands of authorities until after 6:00 p.m. In four hours, a failed president did nothing to stop it. And as he claims to be on his way to a 2024 run at the office, know that he will continue to do nothing.

How To Build An Aviary 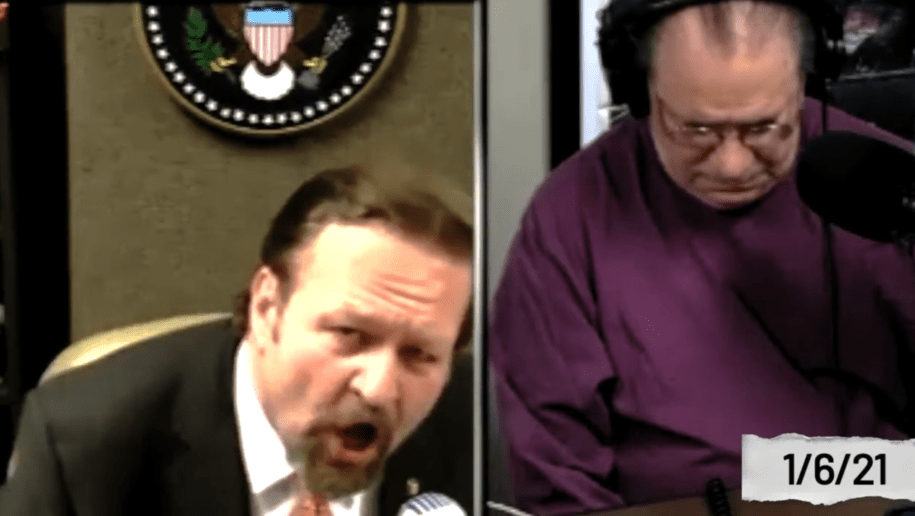 Gorka and friends waxed poetic on Jan. 6, 2021. Now, they’re full-blown ‘FBI did it’ conspiracists
15 mins ago

North Korea conducts what could be its 6th missile test this month, South Korea says
35 mins ago