The base isn’t in on the joke. And that means the arch-conservatives pumping up conspiracy hoaxes are doing so knowing full well that their words will, with near-certainty, lead to a wave of domestic terrorism.

What Media Matters correctly described as a “feedback loop” is already spiraling out of control. Far-right hosts like Mark Levin are hosting prominent Republicans to shout outrageous conspiracy nonsense, which Donald Trump then promotes via Twitter to his army of gullibles, steadily building a base of Americans who see from television, the internet, and their public leaders claims of election fraud that they cannot be dissuaded from, no matter how many times they are discredited or how humiliated Trump’s legal architects become in the eyes of the rest of the country. The conservative base has been carefully cultivated by Fox News and a host of far-right charlatans for decades, honing into a movement of ever-terrified money-spending rubes; there is no way they would not fall for such pleasing claims as “it was the Black cities that sabotaged Trump, because reasons, because otherwise Dear Leader would obviously have won.”

And it will lead to domestic terrorism, yet again. As it has before. As it has repeatedly. This will not be Rush Limbaugh’s first time being singled out as a figure whose conspiracy theories have sown the seeds of far-right violence, or the first time the “Breitbart” den of white nationalism parroted the same insanities of the nation’s most violent militia movements, and Fox News hosts between them have notched both millions of dollars and a body count, as they endlessly choose new Americans to demonize.

When it comes to the Hannitys, the Carlsons, the Levins, and the Limbaughs, it has long been apparent that they do not care. They are fully aware that their singled-out targets are often immediately barraged with death threats. It is part of the game, when speculating on the murder of Seth Rich or warning their audiences of the threats posed by the latest non-white non-conservative political leader.

There are only two possibilities. They know their words fan the flames of violence, but are indifferent to those risks so long as their audiences stay engaged and profitable. Or they believe the violence itself may be useful, or redemptive.

The longer it has gone on, the more each host’s rhetoric tends to lean from the first to the second. You cannot possibly keep an audience transfixed with tales of secret terror unless you elevate the stakes, from each year to the next. And you cannot elevate the stakes without eventually coming to the obvious crescendo: Democracy itself is a conspiracy against conservatism, and it is time to finally do something about that.

And, again, it’s a feedback loop. Any conservative unwilling to adopt the most conspiratorial stance is finding themselves replaced by new shouters willing to go that far and farther. OAN is now replacing Fox News because Fox News has insulted its conspiracy-peddling audience with too many facts, while OAN freely revels in even the most ridiculous asininities. It’s working.

Republican leaders may claim they are merely giving Trump space to express his malignant grief, but they most obviously are not. They are legitimizing false claims that run the incontestable risk of stoking terrorism by their own supporters. They may think they can pull back on the reins just before things get truly out of hand; they cannot. Once legitimized, those hoaxes will be acted upon by would-be patriots, just as they have time and time again. Republican lawmakers will not, once violence erupts, suddenly eat their words and admit they were spreading politically useful hoaxes, because to do so would end their careers.

So they will sit back, say nothing, and watch it happen.

As with the punditry, it is an open question as to whether individual Republican lawmakers intend to stoke “useful” terrorism or merely calculate they can distance themselves enough from it to avoid responsibility. And as with the far-right pundits they are following, their histories do not exactly suggest a devotion to nonviolent, democratic rule. America has through most of its history prevented the “wrong” kind of people from voting by making laws against them, through targeted harassment, and by simply killing them outright. All of these were conservative efforts. All of them were embraced by political leaders and public opinion-setters both.

Anyone thinking the same could not happen again has not been paying attention to the words these conservatives are using, and the legacy they are attempting to uphold. Whether or not Dear Leader is saved from oblivion may not even be the most important issue, in their minds; the real question is whether the non-conservative majority of America will be allowed to defy conservatism without consequences. And when those “consequences” begin to happen, the same Republican lawmakers will declare that it was the fault of the liberals and city-dwellers to begin with—for being uppity. For being so very uppity, with their votes, that domestic terrorists felt violence was the only remaining way to contain them. 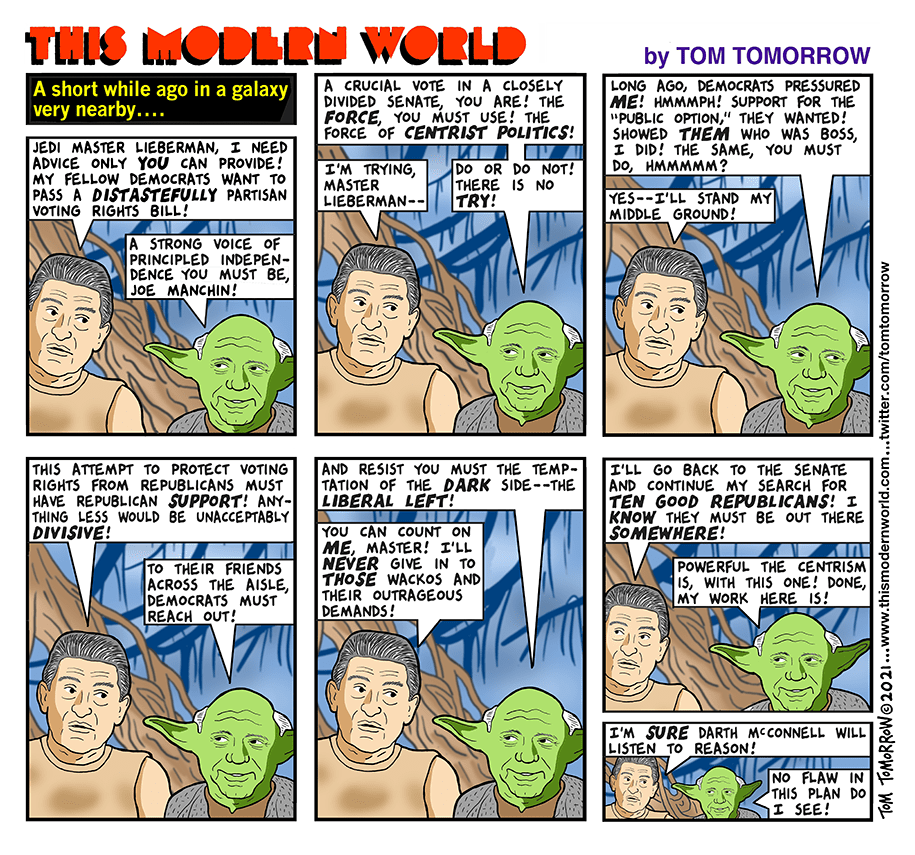 Cartoon: A short while ago in a galaxy very nearby 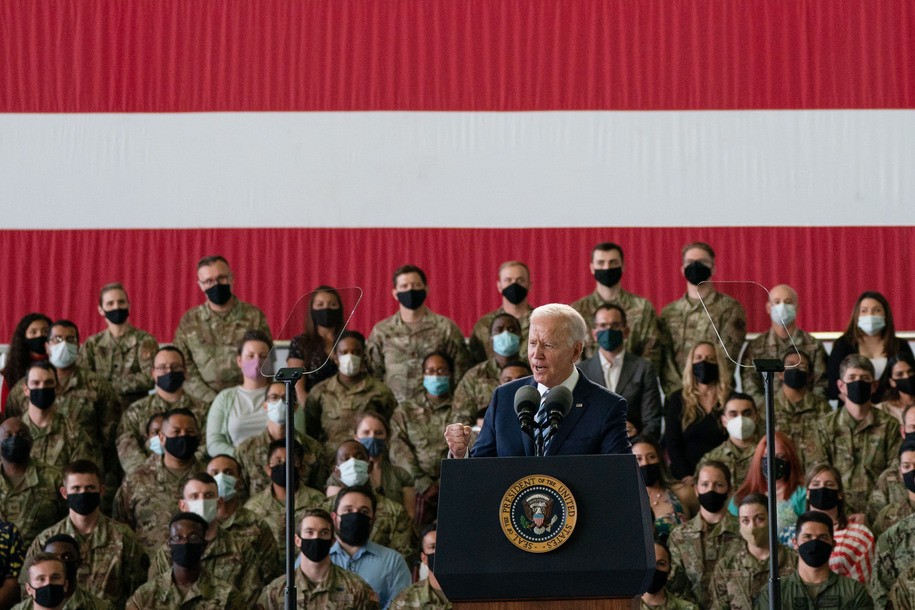 Major Tesla investor dumps a big chunk of shares
May 6, 2021