Born in 1917 in Cheraw, South Carolina, John Birks Gillespie was the youngest of nine children born to Lottie and James Gillespie. His dad was a local bandleader, so young John had access to a number of instruments— among them the trombone and the trumpet. Before his family left South Carolina in 1935, he spent two years at the Laurinburg Institute—an African American prep school—on a music scholarship.

Gillespie’s earliest professional jobs were with the Frankie Fairfax band, where he reportedly picked up the nickname Dizzy because of his outlandish antics. His earliest influence was Roy Eldridge, whom he later replaced in Teddy Hill’s band. From 1939-41, Gillespie was one of the principal soloists in Cab Calloway’s band, until he was dismissed for a notorious bandstand prank. While with Calloway he met the Cuban trumpeter Mario Bauza, from whom he gained a great interest in Afro-Cuban rhythms. At this time he also befriended Charlie Parker, with whom he would begin to develop some of the ideas behind bebop while sitting in at Minton’s Playhouse in Harlem.

From 1941-43, Gillespie freelanced with a number of big bands, including that of Earl “Fatha” Hines. Hines’ band contained several musicians Gillespie would interact with in the development of bebop, such as singer Billy Eckstine, who formed his own band featuring Gillespie on trumpet in 1944.

The year 1945 was crucial for both bebop and Gillespie. He recorded with Parker many of his small ensemble hits, such as “Salt Peanuts,” and formed his own bebop big band. Despite economic woes, he was able to keep this band together for four years. His trumpet playing was at a peak, with rapid-fire attacks of notes and an amazing harmonic range. A number of future greats performed with Gillespie’s big band, including saxophonists Gene Ammons, Yusef Lateef, Paul Gonsalves, Jimmy Heath, James Moody, and John Coltrane. The rhythm section of John Lewis, Milt Jackson, Kenny Clarke, and Ray Brown became the original Modern Jazz Quartet.

Here’s the earliest recording of “Salt Peanuts,” followed by a Storyville Records performance clip, filmed a year or so after the song’s release.

Writing for uDiscover Music, Morgan Enos points out the serendipity of Gillespie pairing up with Charlie Parker.

Gillespie and Bird had swum in similar circles before, with the pair playing together in Hines’ big band. But that year, they banded together in earnest, recording an irresistible single with pianist Al Haig, bassist Curly Russell, and drummer Sidney Catlett.

“I believe that the history of jazz will remember as an essential date the point in May 1945 when five black musicians recorded ‘Hot House’ and ‘Salt Peanuts,’” the French critic André Hodier declared in 1999’s Groovin’ High: The Life of Dizzy Gillespie.

On the personal front, in 1940 Gillespie married dancer Lorraine Willis. Mrs. Gillespie, who managed her husband’s business affairs, died in 2004. Gillespie spoke about her in a 1978 New York Times story by critic Paul Wilner.

Mrs. Gillespie, who never allows her picture to be taken and rarely ventures to the clubs where Dizzy plays, met her husband when she was dancing at Harlem’s Apollo Theater while his band was playing there.

“Her philosophy is like unto Paul Robeson’s,” Mr. Gillespie said, “because they couldn’t get to Paul Robeson. They tried everything, all kinds of things. And history has never known anything like Western civilization. . . . We are the quintessence of sophistication in trying to corrupt somebody.”

“It’s weird, like you’re living with a real saint. Because, boy, the things that people did to her! If they had happened to me, I’d have wanted to kill ‘em, to boil ‘em in oil. “

“But I’ve got two things going for me that a lot of people don’t—a wife who is incorruptible and a religion that’s incorruptible.” (Mr. Gillespie belongs to the Baha’i faith, a religion preaching the oneness of all worship.)

Photos of Lorraine Gillespie are indeed hard to find.

It fascinates me how many early Black films featured jazz big bands; I’m happy that quite a few of them are now posted to YouTube. They were the music videos of their time. This one, featuring Gillespie and his band, was made the year I was born.

While Gillespie shook the musical world, he was also known for his humorous persona, as you can see in this amusing 1956 short film, Date With Dizzy.

Given his standing, impact, and longevity, Gillespie’s life has been well documented, both in books, like Groovin’ High: The Life of Dizzy Gillespie by Alyn Shipton, and on film. Please do set aside an hour to watch To Bop or Not to Be: A Jazz Life.

Music critic Marc Myers notes that the Norwegian documentary ”featured not a word of voiceover narration,” leading to “a surprising film without guardrails that showcases the exceptionalism of Gillespie—his musicianship, his humor, and his modernist invention called bebop.”

Probably the most-covered tune composed by Gillespie is now known as “A Night in Tunisia,” a 1942 song that was originally called “Interlude.” Matt Micucci touched on the song’s evolution in 2017 for JazzIz.

Billy Eckstine’s big band … featured, alongside Gillespie, saxophonist Charlie Parker, and vocalist Sarah Vaughan. At this time, the song was introduced as “Interlude,” with lyrics by Vaughan.

Though later vocal recordings would feature alternate lyrics by Jon Hendricks that more appropriately fit the “new” title “A Night in Tunisia,” Gillespie would keep referring to his composition as “Interlude,” unaware of how, why or when the title change exactly occurred.

Though “Sassy” Sarah Vaughan wrote the lyrics and recorded the first vocal version, my favorite recording of “Tunisia” is this stellar performance by Ella Fitzgerald. I have never found another female vocalist who can match Lady Ella in seemingly effortless clarity.

As a vocalese aficionado, I’ve written about Les Double Six in the past. In 1963, Gillespie hooked up with the French group.

A new jazz generation, inspired by Gillespie, is now enjoying fame; among them is GRAMMY Award-winning Dominican pianist and composer Michel Camilo.

Watch his fingers fly on his rendition of “Tunisia.”

We think of Gillespie as a trumpet player, and composer, however, we should not forget the role that he and other major jazz artists played in the world of international diplomacy during the Cold War, as explored in the 2018 PBS documentary film, The Jazz Ambassadors.

PBS offers this text alongside its YouTube upload of the trailer.

The Cold War and Civil Rights movement collide in this remarkable story of music, diplomacy and race. In 1955, as the Soviet Union’s pervasive propaganda about the U.S. and American racism spread globally, African-American Congressman Adam Clayton Powell, Jr. convinced President Eisenhower that jazz was the best way to intervene in the Cold War cultural conflict. For the next decade, America’s most influential jazz artists, including Dizzy Gillespie, Louis Armstrong, Duke Ellington, Benny Goodman and Dave Brubeck, along with their racially-integrated bands, traveled the globe to perform as cultural ambassadors. But the unrest back home forced them to face a painful moral dilemma: how could they promote the image of a tolerant America abroad when the country still practiced Jim Crow segregation and racial equality remained an unrealized dream? Told through striking archival film footage, photos and radio clips, with iconic performances throughout, the documentary reveals how the U.S. State Department unwittingly gave the burgeoning Civil Rights movement a major voice on the world stage just when it needed one most. Leslie Odom, Jr., narrates.

In April of 2020, I pointed out that Gillespie was a key figure in the marriage between Cuban rhythms and the Black American big band sound. Live at the Royal Festival Hall, a remarkable performance album Gillespie recorded in London with his United Nations Orchestra, clearly demonstrates his incorporation of Latin rhythms. The album won the 1991 GRAMMY Award for Best Large Jazz Ensemble.

Live at the Royal Festival Hall, London is a prime example of Gillespie in his element. Formed in 1988, his United Nations Orchestra was an eclectic multi-cultural collection of some of the best and brightest jazz musicians the world had to offer. Many, if not all, of the personnel were already recognized masters in the genre while some of the younger players have used the ensemble as a springboard to successful solo careers.

Recorded at the end of a whirlwind European tour — 18 concerts over the course of 21 days in 11 countries — this show captures the essence of Gillespie’s charm and abilities. […]

Overall, Live at the Royal Festival Hall is indicative of Gillespie’s legacy, a collection of unusual and exotic tracks that feature not only the bandleader, but his incredible collective of compatriots. Gillespie is gracious and generous, quicker to draw attention to his fellow musicians than he is to himself but even at the age of 72, Gillespie was still playing at a level that young lions even a third of his age could only dream of reaching.

That sure got me up and moving!

I could probably fill up two stories with just versions of Night in Tunisia, so if I’ve left out your favorite, be sure to post it in the comments section below. I have a long list of my own to post there, including renditions by Miles Davis, Dexter Gordon, Clifford Brown, and Yusef Lateef. So bop on into the comments and get Dizzy with me!

I look forward to hearing your favorites. 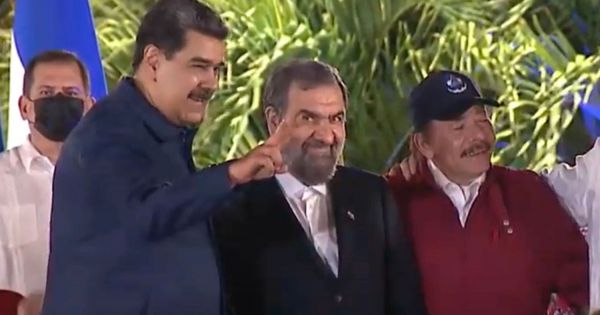 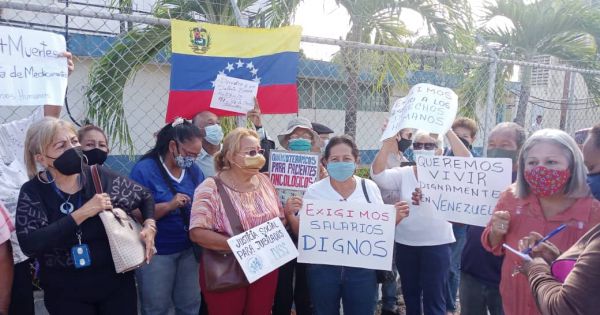 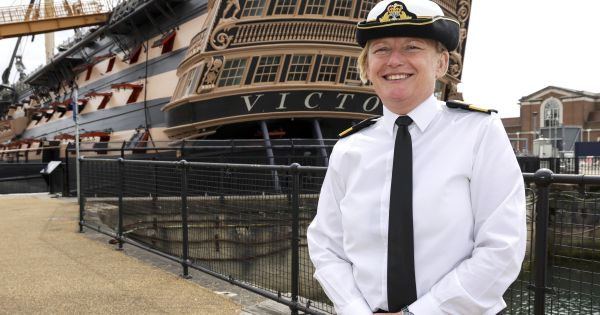