Six years of Trump tweets, rallies and coddling brought extremist groups together. He used his final stand Jan. 6 to strengthen their unity and purpose.

With former President Donald Trump’s second impeachment trial now over, much of the world is ready to move on from the violent insurrection at the U.S. Capitol to COVID-19 vaccine distribution, another economic relief package and the doings of the new Biden administration. But those responsible for tracking, understanding and defeating far-right violent extremists will be thinking about the Jan. 6 attack for decades to come.

To understand why, it’s important to recognize the scope of the threat posed by the various far-right radical groups in the United States. For a variety of reasons, the government doesn’t have good data on the numbers of violent extremists. Cynthia Miller Idriss, an academic expert on radicalization and extremism in the United States, offers a range in her book, “Hate in the Homeland: The New Global Far Right.”

This is where McConnell’s decisions on impeachment befuddle me. If you’re going to pick a fight with Trump, why not go all the way, convict him, disqualify him and excommunicate him?

If you believe that the health of our civic life depends in part on having a pro-democracy, pro-empiricism center right in this country, you will be deeply dispirited by some new comments from a Pennsylvania Republican that have now gone viral.

David Ball, the chair of the Washington County GOP, vented his anger at Sen. Pat Toomey, fellow Republican of Pennsylvania, who committed the apostasy of joining six other GOP senators in voting to convict former president Donald Trump of inciting insurrection.

The first half of this comment is generating headlines. After all, the unvarnished expression of the idea that Toomey’s proper role was to side with Trump, rather than do what his conscience dictates, is unintentionally revealing.

But the second half — the notion that representing Republican voters required this of Toomey — is also telling, and suggests the ongoing GOP war over Trump’s legacy may well lead to a very dark place.

Lack of witnesses at Trump’s trial is not the problem. Witness intimidation is.

The former president has a record of threatening rhetoric toward anyone who crosses him. Now there’s a record of supporters willing to back him with violence.

Based on what we now know, the House managers made the right call. The problem was not that they decided against witnesses. The Herrera Beutler statement bolstered what was already a strong case. Additional witnesses almost certainly would not have changed the outcome. Too many Republican senators had already made up their minds not to cross Trump — or his supporters — based largely on technical arguments unrelated to the overwhelming evidence of Trump’s guilt.

Instead, the problem is what the decision highlighted: that witness intimidation was yet again a factor in a proceeding intended to hold Trump accountable for his misconduct. Trump had tried to influence potential witnesses during the special counsel’s investigation; he had intimidated witnesses in his first impeachment; and at least one surrogate appeared to be engaged in witness intimidation this time around. Given this track record, it’s reasonable to worry that such intimidation will come into play in the various investigations now circling Trump.

On Trump, Michigan Republicans Lean One Way: ‘Fealty at All Costs’

Even after his defeat, Donald Trump is causing fierce infighting among Republicans in a crucial battleground state. Loyalists are rewarded. Dissenters face punishment.

Mr. Trump’s acquittal on Saturday in his impeachment trial served as the first test of his continuing influence over Republicans, with all but seven senators in the party voting against conviction. But in Michigan, one of the key battleground states Mr. Trump lost in the November election — and home to two of the 10 House Republicans who supported impeaching him — there are growing signs of a party not in flux, but united in doubling down on the same themes that defined Mr. Trump’s political style: conspiracy theories, fealty to the leader, a web of misinformation and intolerance.

The Founders Were Wrong About Democracy

The authors of the Constitution feared mass participation would unsettle government, but it’s the privileged minority that has proved destabilizing.

The system of government in the United States has evolved in many important ways since 1787. But the mistrust of unpropertied majorities—especially urban unpropertied majorities—persists. In no other comparably developed society is voting as difficult; in no peer society are votes weighted as unequally; in no peer society is there a legislative chamber where 41 percent of the lawmakers can routinely outvote 59 percent, as happens in the U.S. Senate.

The wave of party-sponsored censures greeting Republicans who cross former President Donald Trump reveals a GOP interested in pushing out heretics whose lone political sin is disloyalty to the vanquished party leader.

More than a dozen prominent Republicans have been slapped with censure resolutions by state or county parties this year. Most were rebuked for voting to impeach Trump or to convict the former president at trial in the Senate because they hold him responsible for the Jan. 6 siege of the Capitol by his grassroots supporters. Some Republicans were censured because party activists decided they ignored Trump’s claims that the 2020 election was stolen.

It’s tough to imagine any governor, as his state is going through a once-in-a-generation life threatening emergency, deciding the best use of his time is to own the libs. Well, actually, Kristi Noem would do it too. https://t.co/uq2RNpfQNg

Morning Digest: Our new data shows the Trumpiest district in the nation is also the most evangelical

Confused by guidelines on quarantine after vaccination? You're not alone 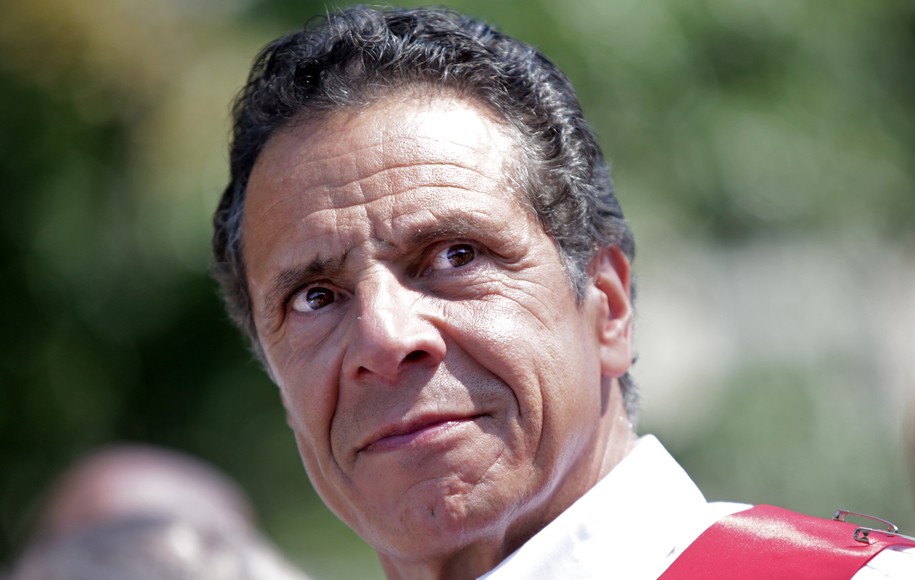 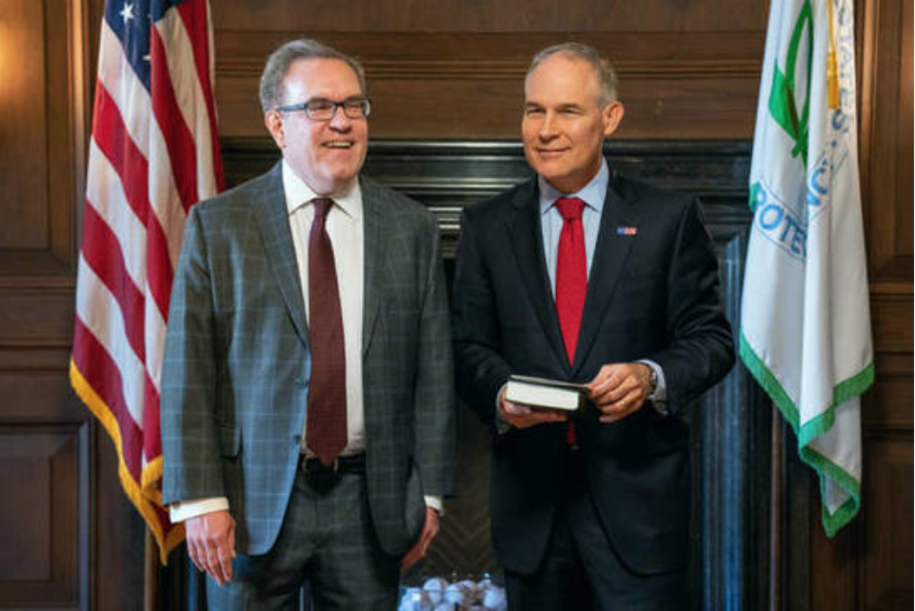 Team Trump sabotaged years of climate change preparation, and we won’t be getting those years back 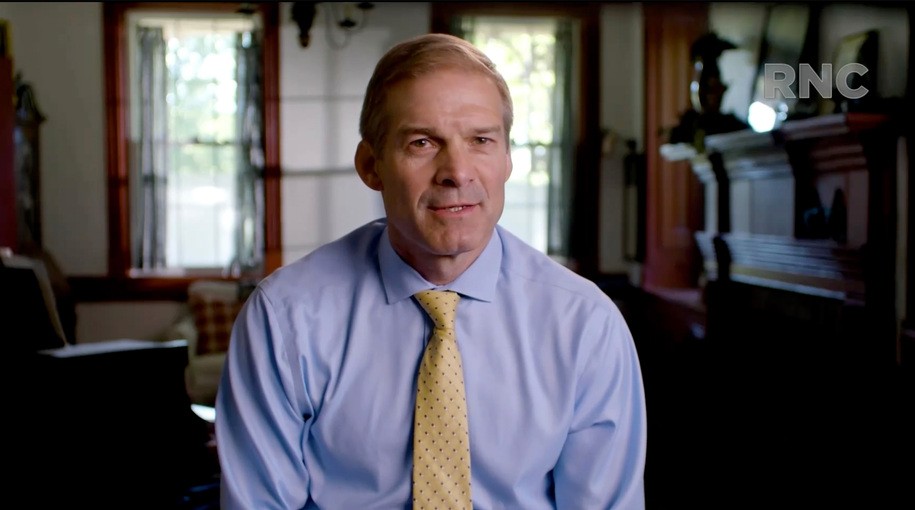 Jordan waves off ‘old news’ about his Jan. 6 talk with Trump, as two more officers die by suicide 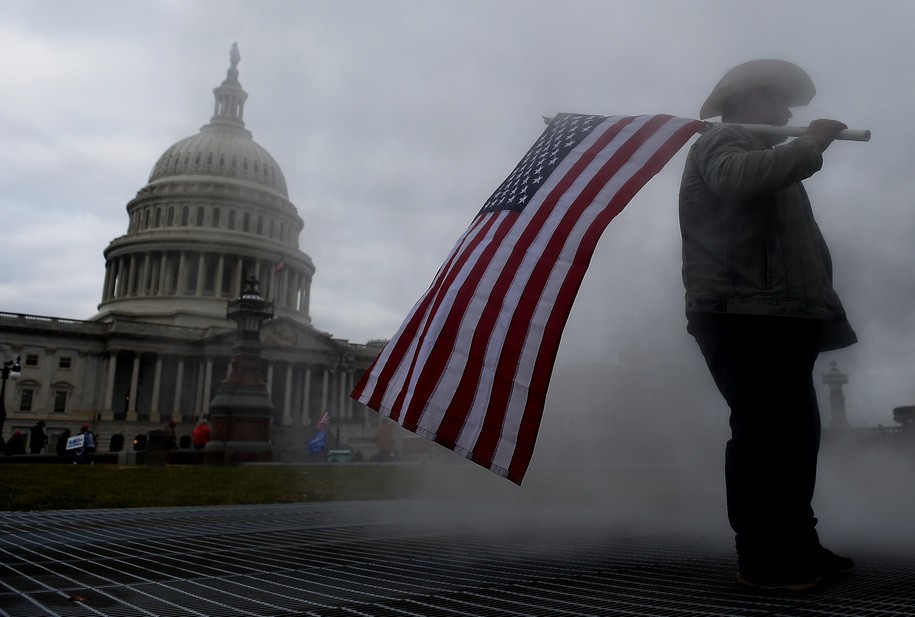