Only 2% of the world’s accredited investors have legal access to the world’s private markets. Launched in 2020, Linqto offers a technology-led platform that addresses this issue by providing a “liquid investing” environment, which it says will allow the 98% the chance to invest in unicorns – before they go public.

In a conversation with FinTech Futures, Joe Endoso, COO of Linqto, tells us about the idea behind the company, how the platform works and what it ultimately aims to achieve.

FinTech Futures: What led you to setting up Linqto?

Joe Endoso: It was really two foundational things. One was a philosophical understanding that I reached from working with crypto, which is that the nature of blockchain technology, the inherent decentralisation of that architecture and the power that it provides in terms of enabling more direct peer-to-peer relationships and transactions without the benefit of traditional centralised intermediaries, that is a powerful change force. With a lot of incumbent industries, especially the one I came from – finance – you are entirely reliant in terms of market structure and transaction capability on centralised counterparties. So that philosophical idea was a very powerful one and one that I took to Linqto and is now guiding us as we begin to evolve our platform towards the blockchain.

And the other was that, having been in the private space – both as a banker and then as a start-up entrepreneur – the realisation that this tremendous value-creation engine that constitutes the private markets and specifically private tech companies – where all the innovation is taking place in the modern global economy today – is for the most part inaccessible to regular people.

And therefore, this idea of democratising that sector by opening it up to regular people so they can invest in it was a powerful idea and one that married well to this notion of decentralisation inherent in blockchain.

How does Linqto’s platform work?

It was very important for us to make it institutionally robust from the standpoint of the back office.

But at the same time, on the front end, we had to make it simple and easy, because if you’re talking about bringing in millions of small, accredited investors to the table, none of these investors have the wealth or the time to undertake restricted stock transactions in their normal way. So, it was important to be able to use technology to provide a very simple, easy and relatively affordable interface.

You can get on our website or download our app and be able to transact literally in minutes and access lots of different investments. The 23-30 companies are all quality private tech companies that we have invested in ourselves using our own firm’s capital, because that’s a very singular aspect of our business model.

So it’s not a model where we’re gathering other people’s money, using their money and then getting paid to deploy their capital. Rather, we deploy our own capital, and then we simply allow other people to come in if they want to. This is a very fundamental democratic idea – if they want to.

Nobody is beholden to us or required to invest. You pay no membership fees and there are no economic disincentives to not investing. So you come to our platform as a free agent. We’ve taken the risk, and that’s our problem. It’s not your problem.

And then the affordability part comes with the fact that we’ve effectively fractionalised these investments and are allowing participation for a minimum of $10,000.

However way you qualify in your home country, you would be able to come to our platform as a qualified investor under your home country regime and be able to invest for as little as $10,000 a pop. That’s significantly lower than in the institutional market that pretty much defines and dominates the private space today. In the institutional market, the average ticket that gets traded is in the tens of millions. You can imagine that’s just not something that regular people make in investments, it’s not a market they can participate in.

What is the process behind selecting the companies that feature on the platform?

The driving idea here is that more and more of the modern economy is going to be focused on tech and tech will become the principal driver of value creation in the economy.

I think Satya Nadella at the last earnings call from Microsoft said something along the lines that he expects 50% of GDP spend is going to be in technology in the next 10 years. So when you look at broad themes like that, what they convinced us of is that, to the extent that we don’t have an infinite amount of capital, we’re going to focus it on technology, because that’s where the greatest amount of value creation is going to take place. 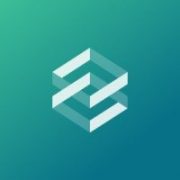 The Linqto platform launched in February 2020

So, number one, we are focused on private tech companies. We’re not there for any of the other stuff. And then within tech, we identify sectors or verticals that we believe are going to be the most attractive by virtue of the fact that they represent technology innovations that are going to disrupt the largest addressable markets; where you have the opportunity to basically disrupt and restructure lots of incumbent industries like the one I came from, like capital markets.

And then, for the selection, we try to focus on the specific companies that we want to invest in within those target verticals. What we’re trying to achieve is what I call an optimum risk-adjusted return.

So, we’re not seeking the highest absolute returns which would drive one towards early stage investing. We’re looking to balance absolute return with risk.

By risk, the two principal components of that are investment duration and volatility of earnings.

This is not like the public equities market where I can do a test and just go out into the market and execute. It’s not automatic because you now have to figure out how to get into those companies. How do you acquire their shares? That is not easy. You either have to have a relationship with them and some of their lead finance team and get allocations to their primary equity rounds, or the other way that we do it is we go into the secondary market and again through relationships, we are able to gain access to shares.

How many companies and investors do you have on your platform at the moment?

We launched the platform in February 2020 and since then, we’ve made 42 investments thus far.

We recently broke through a threshold of 50,000 members worldwide using the platform and the active ones together have invested a total of over $125 million.

How do you plan to move towards a decentralised platform?

We are in the engineering development phase of that.

One of the lessons I learned from my prior experience was that you can build the best product in the world, but if you’re too early for market, you’re going to languish for a while until the market gets to the point where it can adopt the technology and use it productively.

We didn’t want to be in that position at Linqto. What we have done is built a product, put it out to market and made sure that in fact there was a ready market for it.

Now that we have more than 50,000 members, it is an appropriate time to migrate the platform to blockchain because we can now take advantage of the additional technological benefits of that decentralised technology without having to worry whether we actually have a product that’s real, that has a market that we can make money on.

We’re in the process of receiving a licence from the US regulators that will allow us to operate what is called an alternative trading system (ATS). It allows us to put on our platform the ability for our current investors to liquify and monetise their investments before the underlying companies in which they invest actually become public.

For people like us, illiquidity can be an issue because life events can impinge on our investment decisions and maybe require us to have liquidity earlier than we thought. So the ability to turn around and liquify that investment without necessarily waiting for the IPO is supremely important, and we want to give them that right. And so this platform will do that.

While we intend to launch this platform in the coming months in fairly traditional form, meaning not on a blockchain, the idea is that we will eventually migrate to the blockchain, because what we’ll do is tokenise all the investment units that people currently hold and then effectively allow them to trade on a blockchain-based exchange.

What’s next in the pipeline for Linqto?

So far, we’re going to stay focused on private tech investing and simply grow the span of companies we’re invested in so that our members have a bigger and bigger menu to select from.

I think the other important development is about democratising the private space. We want to serve the small seller of private shares by making it simple, easy and affordable for them to transact on the buy side of our business. So, they can go on our app or our website, they can offer their $150,000 worth of shares and we will buy those shares off them.

What Linqto is ultimately hopefully going to be able to do is change the structure of private markets by enabling this huge mass of people to become a force through their capital in that market. They are not that today. We’re going to make them that.

Credit Suisse is not about to cause a Lehman moment, economist Sri-Kumar says 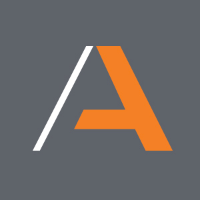