Big U.S. banks have begun to reap the rewards of higher interest rates as the Federal Reserve combats inflation with a series of hikes, as evidenced by second-quarter results earlier this month. Thanks to higher rates and good loan growth, banks posted a 9% surge in second-quarter net interest income on a quarterly basis. This is a “key driver” for revenue that should continue into the third quarter, JPMorgan banking analysts led by Vivek Juneja said Wednesday in a note. In fact, the team recently updated their bank EPS estimates to “reflect a faster pace of Fed rate hikes” equal to two more 75 basis point increases through the end of the year. (The Fed is widely expected to raise its benchmark rate by 75 basis points later Wednesday.) While that could’ve made the sector attractive to investors, the problem is that banks are trading off whether the U.S. economy can avoid a recession. Parts of the yield curve have inverted in recent months, signaling concern that the Fed will induce a downturn. The KBW Bank Index has lost 20% this year, worse than the roughly 16% decline of the S & P 500, on concern that a recession will result in higher loan defaults. “Bank stocks remain attractively valued, but the key concern remains whether there will be a hard or soft landing and what impact Fed tightening will have,” Juneja said. “We expect markets and bank stocks to remain choppy until there are clearer signs of the impact of persistently high inflation.” Given that reality, Juneja prefers Regions Financial and PNC Financial Services Group , relatively smaller players which will benefit from higher rates while also having less of the Wall Street operations that have been affected by a collapse in investment banking revenue. JPMorgan Chase, Bank of America and Citigroup all have sizable investment banks in addition to large retail operations. “We prefer Regions due to less reliance on markets-related revenues and its excess liquidity, and PNC due to strong credit profile,” the analyst said. Regions can gain from rising net interest income because of its “high level of liquid assets and conservative” assumptions around deposits, Juneja said. The analyst hiked the year-end price target on Regions to $24.50 from $23.50. PNC has a good track record of managing interest rates and credit risk well while also building “higher multiple fee-generating businesses,” according to Juneja, who has a year-end price target of $191 on the bank. Both of the regional banks are rated “overweight” by the JPMorgan analysts. —With CNBC’s Michael Bloom

'Abortion issue' is one that 'needs to be talked about,' says Michigan Wolverines head coach Jim Harbaugh 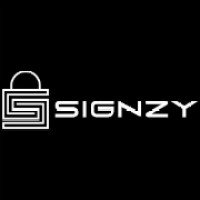 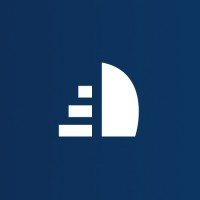 Opinion: This Texas Republican in full sprint is a metaphor for GOP’s stance on abortion | CNN

Several flights in Argentina grounded due to strike
26 mins ago