What does a zero carbon, climate-focused community bank look like? FinTech Futures spoke to Climate First Bank’s founder, Ken LaRoe, and CTO, Marcio deOliveira, about the US entrant’s ethos, technology, and plans, including its mixed views on fintechs.

Climate First Bank is an interesting entrant on the US market. Based in Florida and opening for business on 1 June 2021, it claims to be the country’s first climate-focused community bank.

It started with personal and business loans, deposit accounts and cash management via mobile, online and an initial branch in St Petersburg, with a second branch now opened in Orlando.

The bank wanted a proven, robust core system and, with that in place, it is now looking at how to innovate using open APIs, either building out its own capabilities or partnering with fintechs.

That core system is the widely used Phoenix, which now resides with Finastra. Climate First Bank has it running on Microsoft Azure. Phoenix was developed in the first half of the 1990s and was adopted in that decade by the first bank set up by Climate First founder, chairman and CEO, Ken LaRoe. Climate First is his third bank, following on from Florida Choice Bank and First Green Bank, both of which he sold.

As well as the functional requirements, Finastra had to satisfy the new bank’s environmental remit. LaRoe met with Finastra CEO, Simon Paris, and was reassured that the supplier had the right ethos. There were similar conversations with Microsoft, ahead of the selection of Azure.

What the bank is now seeking is an API layer that will unlock the sought after innovation. Its vision is for the core system to be purely a system of record, a database for debits and credits, with a more modern, open digital layer in front.

To this end, it is adopting Finastra’s FusionFabric.cloud open development platform. “It is new for us, we are just getting started,” says deOliveira.

LaRoe expected fintechs to play a role in the bank’s innovation but, while not ruled out, he is cautious. When he has looked, “we’re ahead of them, time and time again”.

DeOliveira adds that, where it comes to pure technology, fintechs might have a certain advantage. However, banks have the huge benefit of being FDIC-regulated depository authorities and so it might well be that Climate First Bank has more to offer fintechs than the other way round, providing a Banking-as-a-Service (BaaS) platform. He describes it as “a key component in our strategy”.

“For a community bank, why outsource to a tech company… it is a hard analysis,” says deOliveira. For one thing, “there is a mission element to everything we do”, so those fintechs would need to also be aligned to this. 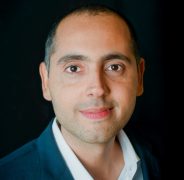 “I am really irritated by some of the fintech greenwash going on,” says LaRoe. He is particularly scathing about some of the solar financing fintechs – “predatory, scummy, not transparent”. Climate First’s objective is to provide solutions that are good for the consumer and put solar panels on US roofs. If the bank makes money from this, then that’s good, but it’s not the priority, he says.

Climate First Bank offers solar energy loan programmes with a focus on residential and commercial uses. There is enthusiasm from other banks to white label these, says LaRoe. “They are very keen on our solar programme because none of them are doing it.”

Climate First Bank has one BaaS partnership to date, with savings fintech Atmos Financial. Atmos, which launched in January 2021, has a focus on shifting capital from fossil fuels to clean energy.

The bank certainly “walks the walk”. Via global non-profit network 1% for the Planet, Climate First Bank pledges to donate 1% of annual revenue to support sustainability-oriented non-profit organisations that are tackling the planet’s most pressing environmental issues.

The bank has B Corp status (this means its performance is verified against the B Impact Assessment which measures how a company’s operations and business model impact governance, workers, community, environment, and customers).

It plans to become a member of the Global Alliance for Banking on Values (GABV) – LaRoe’s First Green Bank was an early member but banks have to be operating for at least one year before being eligible for membership.

It is also a member of the Net-Zero Banking Alliance (NZBA), the industry-led, UN-convened alliance of banks worldwide, committed to aligning their lending and investment portfolios with net-zero emissions by 2050 or sooner, in line with the most ambitious targets set by the Paris Climate Agreement.

It seeks to align with four of the UN’s Sustainable Development Goals (SDGs): affordable and clean energy; sustainable cities and communities; climate action; and partnerships for the goals. And its manifesto draws heavily on Project Drawdown, which outlines a measurable, executable plan to halt climate change by drawing down atmospheric levels of CO2 as quickly, safely, and equitably as possible.

In terms of being zero carbon, “this is the most difficult thing to figure out”, says LaRoe. It has environmental, social and governance (ESG) specialists within its team and is also advised by Gainesville, Florida-based non-profit We Are Neutral, which helps businesses and individuals understand, reduce, and offset their carbon footprints. “We are all in, there is no compromise on ESGs, from day one they were in our business plan,” says LaRoe.

To assess and disclose the greenhouse gas emissions associated with its loans and investments, the bank is using the approach devised by the Partnership for Carbon Accounting Financials (PCAF). PCAF is a global partnership of financial institutions that works to develop and implement a harmonised accounting approach to setting science-based targets and aligning their portfolio with the Paris Agreement.

It is very hard to quantify the impact on internal and external IT. For Azure, Microsoft provides a dashboard to quantify a user’s carbon footprint. Offsetting has to currently be part of being carbon neutral but the bank only does this where it has taken every possible direct step to be zero carbon. “It is very important to not see offsetting as a way out, we are very conscious of that,” says deOliveira.

Ultimately, says LaRoe, the bank would like to embrace zero carbon not only for scope one emissions but also scope two and three, but clearly that is highly challenging across thousands of personal and corporate customers.

For now, it can seek to inform and nudge customers. This can include providing data to help people understand the impact of their actions and behaviour on the environment. Once understood, the bank can provide options and incentives for them to make adjustments to their everyday activities. And it can provide transparency around how customers’ deposits are being used. One benefit, says deOliveira, is that the bank has an interested, engaged customer base. “They are open and willing to work with us every day.”

It is also seeking to address the carbon footprint of its staff as well as aiming to ensure all of its own buildings are net zero.

The climate crisis is only too apparent in Climate First Bank’s home state of Florida, with the threat of ever increasing storms and super-charged hurricanes, sea level rises, and record-breaking heat days, among other climate impacts. The bank claims to have been carbon neutral since day one, commits to never investing in extractive industries, and makes every decision through the lens of achieving Drawdown.

LaRoe hopes that other banks will shift in this direction but, for the time-being, his bank is one of a very small minority around the globe that has such a remit at its heart. That alone is proving an attraction fo customers; the innovation that is planned via its technology is intended to provide further reach and impact.

There's plenty of messaging for Democrats to work with on inflation. Time to put it to use

When did credit scores start? A brief look at the long history behind credit reporting

Consolidating debt is the No. 1 reason people with high credit scores take out personal loans — here’s the average amount of debt they consolidate

‘Do we want to be a nation or not?’: Laurie Halse Anderson on censorship, book bans, and democracy
9 mins ago