The Brazilian president of the Electoral Superior Tribunal, (TSE), Luis Roberto Barroso said that populism, extremism and authoritarianism have democracy under attack in the world, and it is essential the participation of the whole population to preserve the essence of freedom.

In a video released on social networks to mark Democracy Day, Barroso said that democracy is the best system, but it is not the easiest to manage.

Constitutional democracy has been the great ideology victory of the XXth century, having defeated all the alternative projects that made their ways to the global scenario, that is Communism, Fascism, Nazism, military regimes and religious fundamentalism, pointed out the president of TSE, who is also a member of the Supreme Federal Tribunal, STF.

Democracy is considered universally the best form of government, but not necessarily the easiest because democracy means pluralism, diversity of visions of the world and consequently, respect for disagreement and other opinions.

Barroso who was also involved in the controversy with Brazilian president Jair Bolsonaro and his threats to the Judiciary again underlined the risks faced by democracy and insisted on the need that citizens must act strongly to preserve it.

The TSE president has been a constant target of Bolsonaro who alleges, without presenting evidence that the electronic vote system is vulnerable to fraud including when he was elected back in 2018. Bolsonaro argues that he should have won in the first round without the need for a runoff.

Democracy is the best form of government, but not necessarily the easiest: because democracy means pluralism, diversity of visions of the world and consequently, respect for disagreement and other opinions, Barroso said.

Brazilian Army keeps out of politics, but beware of fake news on social media

The Brazilian Army continues strongly dedicated to complying with its constitutional missions, said Commander General Paulo Sergio Nogueira in a message to the Force, and called on rank and file to be cautious about the information received in the social networks.

It was the Army’s chief first public statement since Independence Day, 7 September, when outbursts of president Jair Bolsonaro against the Electoral Tribunal and members of the Supreme Court sent shockwaves in the country, but of which the president had to backstep, almost apologize, thanks to the mediation of ex-president Michel Temer.

The Army never stops, it continues strongly dedicated to complying with its constitutional missions. It is the daily and silent task of the almost 220,000 militaries, men and women, that honour their uniforms and delivers results perceived by the whole society, said General Nogueira in the release through the social networks of the Army.

Further on the General said that currently there is an overwhelming volume of information, but an effort is also necessary to search the truth about facts, and thus great caution about what is circulated in social media. Analyze it with criteria and make the correct interpretation of the information you access or receive. But above all trust your commanders and officers, at all hierarchy levels. They have the sufficient authority and responsibility to transmit the best, most ethical and professional reading of events plus guide you on the right track to continue complying with your duties.

Last week Bolsonaro said that fake news is now part of everyday life and compared them to a tender lie told to a girlfriend because, if that didn’t happen, the night won’t end nicely

General Nogueira nevertheless insisted that the Force should focus on their obligations.

Reaffirming out unshakeable faith in the Brazilian Army’s mission I call on all of you to keep the focus on your duties. With the dedication of always perform your daily tasks, preserving the union and cohesion, having as solid foundation the hierarchy and discipline, the true apanage of our military vocation

The Army commander ended his message with the motto, Brazil above all, the clamour of the Brazilian army parachutist infantry and which was also used as a campaign slogan by Bolsonaro’s presidential campaign in 2018,

General Nogueira was named Army chief last March following a situation with the Defense ministry. Bolsonaro sacked then minister Fernando Azevedo and replaced him with the current minister Walter Braga Netto. Bolsonaro was displeased with Azevedo for keeping the armed forces distant from government politics. When Azevedo stepped down, the commanders of the three services also resigned.

On more than an occasion this year Bolsonaro has referred to the military as my Army, which has triggered strong criticisms since it was interpreted as an intent of politicizing the institution. He also called the Armed Forces a moderating power, despite the fact the Brazilian Supreme Tribunal has ruled that the military do not have that attribution. 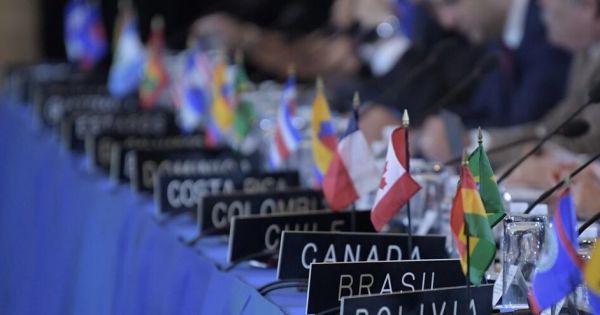 TreT-Style: Extreme-training by the method of TreT (Dog parkour)!
February 10, 2021

Busy day of campaigning for party leaders ahead of Monday’s election – National | Globalnews.ca