A bad romance can feel like you’re hanging over the edge – and that’s the case in Ariel Bellvalaire’s ‘Elastic.’ She tells HL what it was like to shred while high above the ground and more!

“One thing that has always been consistent in my life was my love for my guitar,” says Ariel Bellvalaire when discussing her latest video, “Elastic.” The visual, premiering here on HollywoodLife, sees the pop rock singer and six-string songstress busy in a serious shred session before her unseen boyfriend, angry that she’s not paying attention to him, tries to come between her and her music. From there, the drama puts Ariel through the wringer: she plays while on the back of a speeding motorcycle; solos while suspended high above the ground, hanging inverted on a gymnastics’ hoop; and come close to dying after a voodoo doll spell goes wrong.

All the while, this Connecticut native delivers an energetic jam about heartache, of a love that’s “tragic, drastic, bittersweet” and threatens to stretch her to the breaking point. “We wanted to showcase the spiritual connection between my guitar and me in this video and also tie in the fact that many of my relationships have ended due to jealousy over my love of music and the guitar!” she tells HollywoodLife in an EXCLUSIVE interview over email.

“Elastic,” in a word, is badass. It’s a killer song that has that perfectly blends rock and pop together to create a must-have for every breakup playlist. It also adds Ariel to the list of the many rockers out there currently proving that genre is far from dead (despite what you’ve heard.)

While speaking with HollywoodLife, Ariel weighed on a recent rock controversy (rocktroversy?) in the form of Phoebe Bridgers smashing her guitar on Saturday Night Live. Ariel also shared how she came up with “Shrednastics,” which she displays in the video, and which rock god(ess) she wants to see give that gravity-defying sport a go.

HollywoodLife: The video for “Elastic” seems to depict a love triangle involving you, your boyfriend, and a guitar. What inspired the song?

The song “Elastic” was inspired by a rocky back and forth relationship where I never knew where we stood. Sometimes it was great. Other times I would get tired of having no clear direction and would pull away only to be pulled back in like an elastic band! One thing that has always been consistent in my life, though, was my love for my guitar. We wanted to showcase the spiritual connection between my guitar and me in this video and also tie in the fact that many of my relationships have ended due to jealousy over my love of music and the guitar! In real life, though, I always warn everyone that I come with strings attached, (six to be exact!) and if anyone ever snatched away my guitar like that, they certainly wouldn’t be going on a motorcycle ride with me after!

How did you come up with the idea for the “Elastic” video? Did you wake up and think, “you know, I want to play guitar in a badass way, but dangerous?” (Also, a clever nod to John and Yoko, btw.)

I’m pretty sure almost every day starts out with a cup of tea while thinking about the most badass and over the top ways of playing guitar…haha! Apparently, normal guitar playing on stage wasn’t crazy enough for me, so when I tried aerial gymnastics and loved it, I knew I had to incorporate my guitar and play upside down. Once that came to be, we HAD to showcase it in the “Elastic” video! Before shooting “Elastic,” the music video director and I brainstormed about how we could tie in my love of guitar, rock n roll, and stunts. When he asked if I’d be willing to play guitar on the back of a moving bike, IT WAS ON! The crazier, the better, and the bike scene in the desert quickly became my favorite!

We had so much fun recreating the iconic John and Yoko Rolling Stone cover too. There are a few other nods to the music legends who inspired me as well in the video. Bonus points if you can find them! 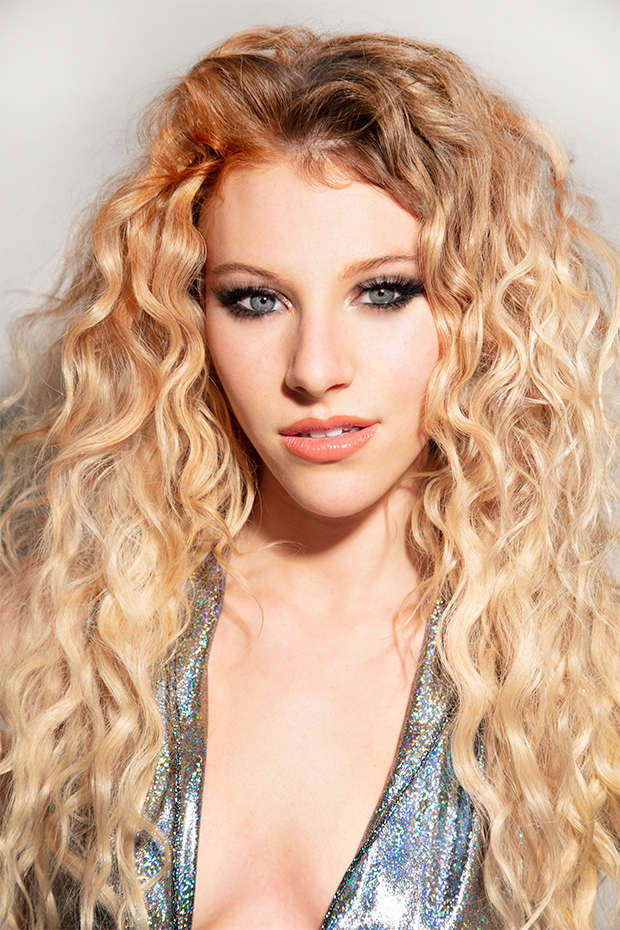 What are the mystic and mysterious origins of “Shrednastics?”

Growing up, I was always in love with gymnastics and became a competitive gymnast. I’d always be doing flips and splits around the back yard, so naturally, one of my first stage moves with a guitar was a split! Shortly after moving to LA, I tried a circus workout class that had aerial equipment, and I fell completely in love with the aerial hoop as it reminded me of my gymnastics days. The second I fall in love with something, my next thought is always, “how can I combine this with my guitar playing?!” I had a special guitar strap called the “Slinger” strap that went around my waist and kept the guitar off my shoulders. It worked great for aerial and kept the guitar in place while I hung upside down! I was starting to post videos playing songs upside down and then was scouted to perform my aerial guitar act on ABC’s The Gong Show. I put together an entire routine of gymnastics and aerial hoop tricks while playing lead guitar, and Shrednastics was born!

If you could challenge any guitar player – no matter the genre – to duplicate the stunt you pulled in “Elastic,” who would you choose? Nita Strauss? Devin Townsend? Zakk Wylde?

Oh man, that’s a tough one!!! I’d love to see all of them do those stunts as they all have such incredible stage moves! Don’t even get me started on how incredible Nita Strauss is on stage! I’m going to have to say Zakk Wylde, though — because how epic would it be to see him standing up on a bike playing with the rockstar hair blowing in the wind!?! Seeing him do Aerial would be EPIC! Can you imagine seeing his Bullseye Les Paul guitar spinning upside down?!

There was a surprising reaction to Phoebe Bridgers smashing her guitar on Saturday Night Live. As one who shreds, what is your take on the smashing – and the response?

You know what…I’m so torn on that one!!! As someone who’s truly in love with my guitars, I could never smash one of them and am practically ready to cry when one of them gets dented on tour! It’s always heart-wrenching to see one get smashed…BUT!!!!! On the flipside, I’m all about over the top stunts, putting on a show, and giving the crowd something they will remember. So Phoebe, if smashing a guitar on stage is your thing, own it! Just don’t smash my Fender babies, please!

My hope is that I’ll be able to tour soon with my original music and band when live shows are back, but until then, you will continue to see me write songs, put out new music, find new ways to incorporate badass stunts with guitar and doing my best to inspire people to get creative with their crafts. 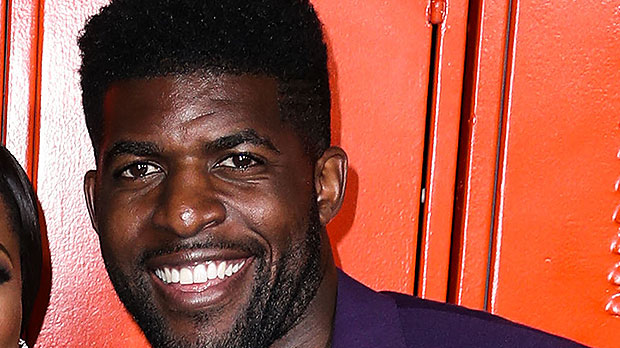 Emmanuel Acho: 5 Things About ‘The Bachelor: After The Final Rose’ Host Stepping In For Chris Harrison 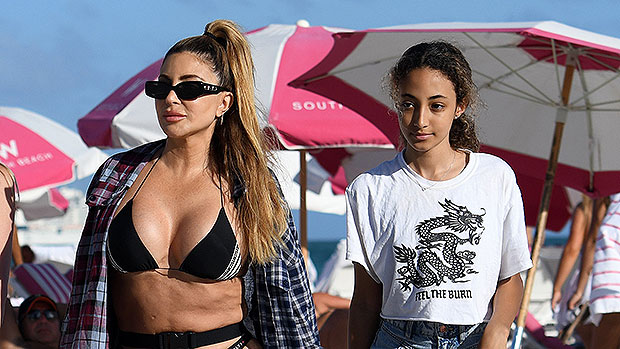 Larsa Pippen, 46, Hits The Beach In A Sexy Black Bikini With Her Daughter Sophia, 13 — See Pics 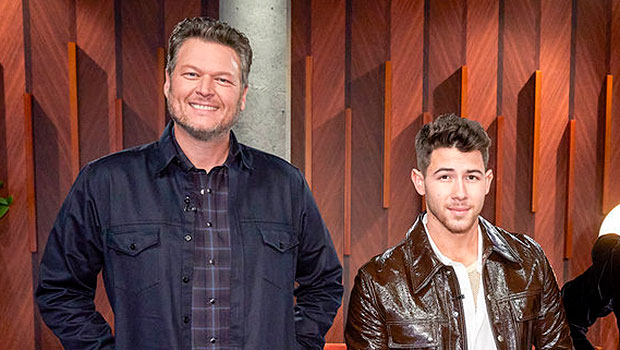 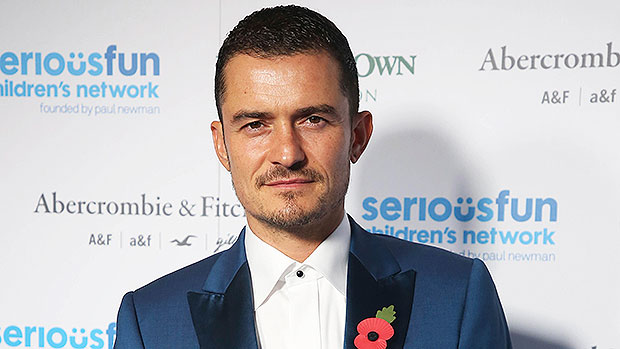