GAVIN NEWSOM, California’s governor, became a political celebrity in 2004 when, as mayor of San Francisco, he allowed gay couples to wed. Today, however, many Californians are questioning whether they have grounds to divorce Mr Newsom politically, based on his conduct and response to the pandemic.

Just as retailers offer a return policy for damaged or unwanted goods, California’s constitution allows voters who are unhappy with their elected officials to exchange them, in a process known as a “recall” election. What began as a long-shot Republican assault on Mr Newsom has gathered momentum. Proponents of the recall had to collect nearly 1.5m signatures by mid-March—equivalent to 12% of the electorate. Government officials are still verifying signatures, but if they match up, a special election will take place this autumn. Voters will be asked whether they want to replace Mr Newsom and with whom.

How did Mr Newsom, a darling of the Democrats during Donald Trump’s presidency due to his frequent rows with the White House, get here? “This recall would not be happening without covid-19,” says Ken Miller, a professor at Claremont McKenna College. Mr Newsom’s behaviour alienated even staunch supporters, who had handed him a landslide victory in 2018.

Business owners are sour because of long lockdowns. Parents fume because Mr Newsom was reluctant to take on the teachers’ unions, which meant California has been slow to reopen its public schools to in-person learning. The state’s unemployment department, which falls within Mr Newsom’s purview, has been riddled with a backlog of claims and fraud.

And in November Mr Newsom had a Marie Antoinette moment. He dined with friends at one of the state’s most expensive restaurants, inside and without a mask, at a time when he was urging Californians not to see family or friends for the holidays. He “became a poster-child for all the cynicism and lack of trust people have regarding politicians”, says Sherry Bebitch Jeffe, a political analyst.

The campaign to recall Mr Newsom will be bruising, but there are reasons to doubt it will be successful. One is history. Recalls rarely succeed in California. Of 179 attempts to recall state elected officials since 1913, just ten received enough signatures to qualify for the ballot and six resulted in an official departing. The only governor to have been recalled in California was Gray Davis, a Democrat who mishandled an electricity crisis. Voters replaced him in 2003 with the movie star Arnold Schwarzenegger. No one of such prominence has announced a run against Mr Newsom.

The polling also suggests Mr Newsom may elude dismissal. In a Probolsky Research poll, only 35% of likely voters said Mr Newsom should be recalled; 53% said he should not be. Californians’ voting preferences have changed since Mr Davis’s recall. In 2003, 35% of voters were registered as Republicans; today 24% are. According to David Crane of Govern for California, a good-governance lobby, “Even Abe Lincoln couldn’t win in California with an R after his name. It’s a scarlet letter.”

Whatever the outcome, the recall drive means Mr Newsom will spend the year campaigning rather than governing, at a time that the state has urgent needs. And it will also push him to the left in order to ensure that a more progressive Democrat does not run against him, says Mr Miller.

Such virtue-signalling is already on display in Mr Newsom’s political announcements. He has appointed America’s first Latino senator, Alex Padilla, to take Kamala Harris’s vacant seat; nominated an Asian-American as the state’s attorney-general; and pledged that he will name a black woman to fill the other Senate seat, if Dianne Feinstein retires. This may look progressive, but what disadvantaged people need in California is not appearances; they need leaders to take on entrenched interests and make difficult decisions on issues like schools and housing. Facing a recall campaign, Mr Newsom is less likely than ever to take tough but necessary stands in the interest of his state, for fear of alienating even more voters. ■

Analysis: Doing business in China is difficult. A clash over human rights is making it harder 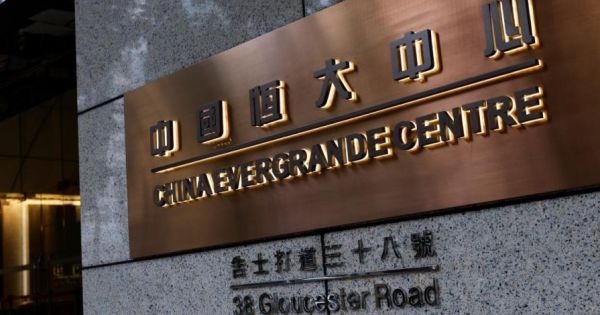 Tornado touches down in Corsicana, Texas, as storm system moves into Gulf Coast