On most Monday and Wednesday mornings in 2011 and 2012, psychiatrist Juveria Zaheer would ride the subway from her North York home to the downtown offices of Ontario’s chief coroner.

Once there, she would take the elevator up to the records room, where for 18 months, the CAMH researcher and emergency clinician would spend entire days reading the final notes left behind by Torontonians, including teenagers, who died by suicide.

“In psychiatry we think of suicide as a risk to be managed,” said Zaheer, who was pregnant with her first child at the time of the research. “I think what the notes taught me is that it’s a pain to be understood.”

In the amalgam of those hundreds of notes, Zaheer and her colleagues found several connective tissues that were finally published in 2018. The notes’ authors blamed themselves for unsuccessful psychiatric treatments. They voiced a need to assert themselves through suicide. And they wrote of exhaustion after years of battling an illness many referred to as a dark force in their lives that they couldn’t overcome.

Of particular poignance were the many notes authored by young people, she said.

At the time of her research, Zaheer had siblings who were in their late teens and early 20s.

Amid a generational explosion in mental health demands, a question lingers in every statistic on youth depression, anxiety and suicidal ideation: why is this happening?

Zaheer is among an army of experts across Canada searching for answers.

Many cite reduced stigma surrounding discussions of mental health as a reason for the surging numbers of youth coming forward to seek help.

“Young people are, in a sense, leading the push towards de-stigmatization,” Zaheer said. “That activism and moving forward is incredible, but it also illustrates this gap between the awareness rising at a rate that is faster than the services are available.”

While today’s young people are the most willing in history to broadcast their struggles with mental health, they also face new and unique stressors: Constant self-comparison; unattainable social media lifestyles; climate and pandemic threats; and, economic shifts undermining job security and career stability for millions.

Researchers point to social media as a factor accelerating the mental health crisis among youth.

One paper published in the Canadian Medical Association Journal in February implicates smartphone and social media use in the increase in “mental distress, self-injurious behaviour and suicidality among youth.”

Dr. Ilan Fischler, 45, chief of psychiatry and medical director of the Scarborough Health Network’s mental health program, said his young patients in the emergency department are increasingly impacted by conflicts over screen time, social media bullying or the challenges of social comparisons online.

“The impact of social media and the degree to which it plays a role in their levels of distress, this didn’t exist when I started in practice.”

The heaviest social media users among 19- to 32-year olds had “significantly increased odds of depression” compared to lighter users, found a 2016 study by the Center for Research on Media, Technology, and Health at the University of Pittsburgh.

The Star and IJB journalists interviewed more than 150 post-secondary students in Canada and the U.S. who self-identified as facing mental health challenges. Their responses shed light on stressors youth face.

Jessica Chiriboga, a first-year student at Dartmouth College in New Hampshire, said she developed an eating disorder in Grade 7 that was exacerbated by social media use.

“I was obsessed with working out and it just became very compulsive and fed into the images of different people and wanting to look like them, wanting to have a six pack and wanting to get super strong…it was sort of like a drug.”

Chiriboga remembers working out anywhere from four to six hours a day and spending up to seven hours a day on social media websites.

“When you’re sitting in bed and the lights are all off and…you’re staring at Instagram for hours and not doing your homework and you’re seeing all these people have these amazing experiences — oftentimes it just made me feel like, what am I doing with my life?”

For the next four years, Chiriboga suffered from major depressive disorder, resulting in suicidal ideation in February of her Grade 10 year at high school in Glendora, Calif.

After another student reported her post on Instagram describing an attempted suicide, she said she was immediately called into the counselling office at school the following day.

She said social media are a double-edged sword. If it wasn’t for social media, she said she would not have received the proper on-campus support she desperately needed at the time, but social media also exacerbated her mental illness. Of the 152 post-secondary students interviewed for this investigation, 49 per cent listed “existential angst” over such issues as climate change and future economic stability as a mental health stressor.

While the daily pressures of work, school and relationships can take their toll, many of the students said they were distressed about the world they are primed to inherit.

“You just have to talk to them and they’ll tell you about their concerns about the sustainability of the planet,” said Santa Ono, president of the University of British Columbia.

“It used to be that people would go to university with the hope that they would get a job and the odds were good that their lives would be better than their parents. That’s certainly not what people believe today. Students don’t have hope for their futures.”

Eco-anxiety is the subject of a growing body of research describing a pervasive and disruptive emotional state brought on by a “chronic fear of environmental doom.”

“It’s this feeling of anxiety, depression, powerlessness, that people feel when it comes to issues that are so overwhelming, with respect to ecological disasters,” said Pamela Schwartzberg, president and CEO of Learning for a Sustainable Future (LSF), a non-profit organization working to integrate climate change and sustainability learning into schools.

“[Students] don’t feel that we’re going to be able to solve the problem, which is a great concern,” said Schwartzberg. “They don’t have the confidence in humans to make the changes necessary to stop climate change.”

COVID-19 and the threats of a global pandemic Bryton Luxton has lived with serious mental illness for most of his life, including suicidal ideation that began at age 11 and a week-long hospitalization for depression last year.

His instinct, when he is depressed, is to self-isolate. With COVID-19 restrictions, he is terrified that he may not notice the warning signs that he is withdrawing from the world, said the 26-year-old recent graduate of the University of Regina.

“I definitely experienced more anxiety. And I also had a bit of separation anxiety from day-to-day life, because being somebody that experiences depression, that’s so isolating…It’s one of the worst things that you can do because you’re just spending more time in your own head.”

In the months since the virus appeared in Canada and the United States, online counselling services have seen an enormous jump in demand. Reported feelings of hopelessness and anxiety have risen sharply among young people, and researchers warn that a spike in suicides could be on the horizon.

Each year, approximately 4,000 Canadians die by suicide. An August study from researchers at Toronto’s University Health Network predicts anywhere from an additional 400 to more than 2,000 suicides could occur over the 2020-2021 period.

The majority of youth reported that their mental health is “somewhat worse or much worse than it was prior to the implementation of physical distancing measures,” Statistics Canada reported in July.

Students interviewed by this investigation describe the pandemic as an upheaval affecting many aspects of their lives, from school to relationships to their daily struggle with mental illness. This generation of young people may be the first in modern history not to do as well as their parents.

Shifts in the economy, the nature of work and long-term employment, as well as the destructive blows of environmental and health crises have devastated youth expectations for their lives in ways their parents and grandparents might not recognize.

In a 2019 American College Health Association survey of 55,000 Canadian post-secondary students, 37 per cent of respondents described career-related issues as traumatic, and 44 per cent said the same of their financial situation.

Lizette Roman-Johnston, a student at Saint Mary’s College of California and one the 152 students interviewed for this story, said young people are facing guilt and shame rooted in generational economic hardship.

“I think a lot of people my age have a lingering fear that their parents would be disappointed and feel like they failed as parents because their children aren’t able to have a similar life like they did,” said Roman-Johnston, 24, who is pursuing a graduate degree in creative writing.

In both Canada and the U.S., fewer young people own houses compared to their parents’ generation.

Graduating in a recession can have lingering effects, as research has found 2.5% wage reductions even 15 years down the road for graduates who joined the workforce during an economic downturn, as well as a lesser capacity to secure employment and career advancement.

Last year, Ontario’s government collected employment statistics on 2016 university graduates. Only 45 per cent of those employed two years after graduation reported that their job was “closely related” to their program of study. The birth of the gig economy has introduced another added stressor for many young people.

Since the global pandemic forced governments to shut down almost all non-essential businesses, there have been more than three million Canadian jobs lost this March and April alone, an unprecedented collapse in terms of numbers and speed.

She recently moved in with her boyfriend of a few months, in hopes of better affording rent in Berkeley, Calif. She said they even considered getting married for economic security—to share insurance benefits that would help her pay for medication and therapy.

“The fact that I am researching this stuff and thinking about it seriously—it’s just never how I would have imagined marriage happening,” she said. “It’s kind of crazy that it has to get to that point…it’s a sign of the times.”

Eight years after devoting many of her days to reading suicide notes, Zaheer recalls it as both profound and emotionally draining.

She would work alone, in silence, exhaustively examining case files, medical records and suicide notes for clues about the subjects’ thought patterns, perspectives and personal circumstances.

Among the countless traumas she read in the notes, there remained warmth — and guilt — throughout.

The experience changed her, she said.

She takes extra care to say “I love you” to her family.

She understands the importance of talking to her two daughters — aged 7 and 2 — about mental health, and even suicide.

“I remember those notes and I just wish that as a society, as kids are growing up, we could say, ‘Sometimes people get really sad, and scared, and sometimes it’s hard to shake those feelings and it can feel like they’re going to be there all the time, and nothing’s going to get better. And sometimes people can even feel so sad that they don’t want to be alive anymore,’ ” Zaheer said.

A yearlong investigation from the Star and the Investigative Journalism Bureau has found one in five young Canadians is struggling with mental health. For more in this series visit thestar.com/generationdistress

Europe's ski resorts are facing the 'season from hell' 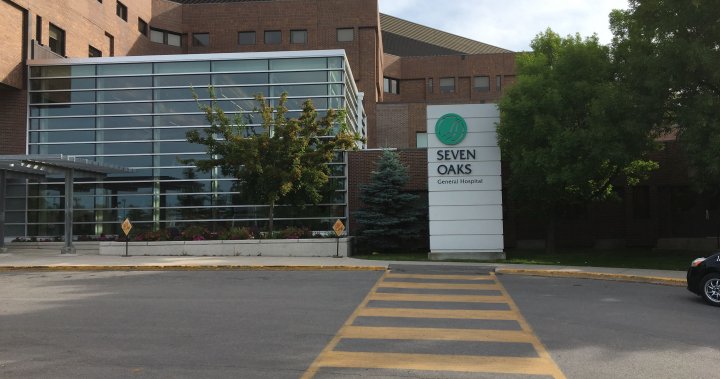 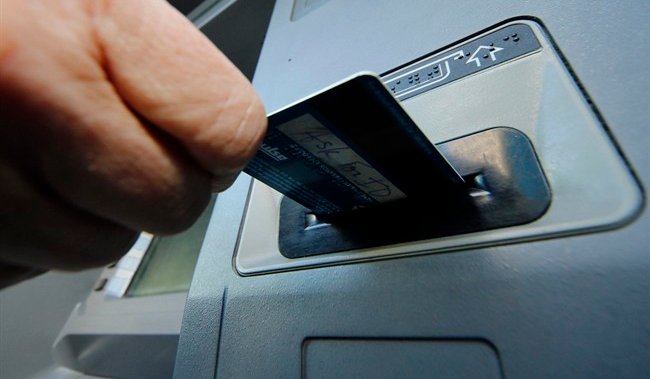 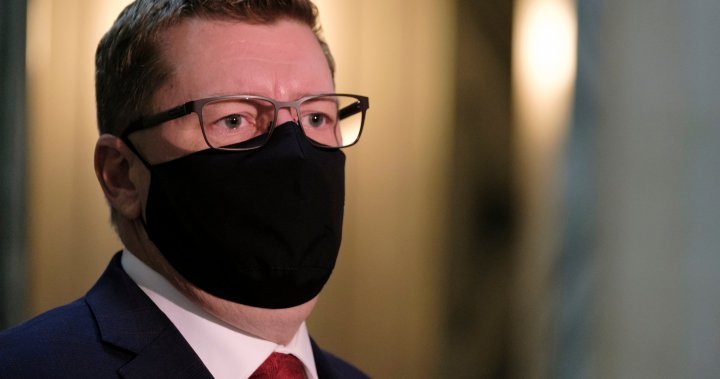 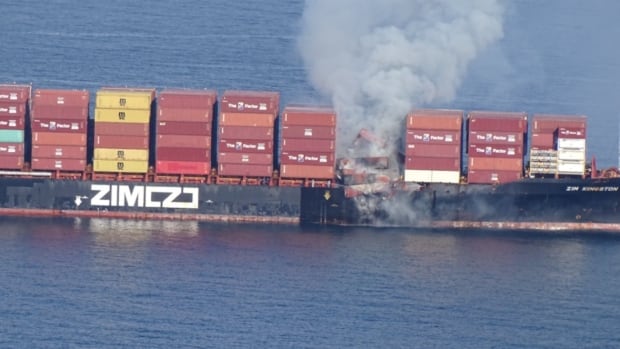